Alex Zanardi says competing for BMW in the SUPER GT x DTM Dream Race at Fuji Speedway was "very valuable" for his preparations for the 2020 Paralympic Games.

Zanardi raced a specially-adapted BMW M4 DTM that included a revised handbrake system that accounted for the series' change to a four-cylinder turbocharged engine for 2019.

He ended up 18 laps down in 21st in the first race due to an engine problem and went on to take 13th in the wild finale.

The two-time CART champion aims to qualify for the 2020 Tokyo Paralympic Games, having won four gold medals across London 2012 and Rio 2016, and the handcycling competition will take place at Fuji.

Around Thursday's test running for SUPER GT cars, Zanardi took to the track in his handcycle and he used the weekend to collect data for his future training programme.

"This trip was very valuable for me because I brought my handcycle and I was able to train around the course," Zanardi told Motorsport.com.

"Not that this is like motorsport, where you can test, but you can find the right set-up or at least learn the set-up very well.

"Once you've been around [the track], you know already what you have to train for. This is what I'm bringing home, it's very valuable information.

"Now I know what I have to train for at the last part of the circuit, which I didn't know because it wasn't available on previous days. But now I got all the information that I need.

"It's just a question of sitting down with my trainer, trying to prepare a good programme from now on. And then live another adventure, adventurous preparation towards the Paralympic Games, which, at the age of 53, quite frankly, is a real gift."

The DTM's new turbocharged engine was expected to provide a more difficult challenge for Zanardi due to its behaviour compared to the previous four-litre V8s that he sampled in a guest outing for BMW at Misano last year.

But Zanardi said "the power was never too much" and that the real difficulty was managing the 2018-spec Hankook tyre with a more powerful engine.

Zanardi proved to be several seconds off the pace in practice and qualifying, before improving in the Sunday's race due to its stop-start nature.

"When you cannot get the temperature in the tyre, you don't get grip," he said. "When you finally get a little bit of grip, you can push harder and generate even more temperature.

"So if you are not able to pass that line and to finally make things click in, then you may suffer our gap that at some point it was quite embarrassing, to be honest with you." 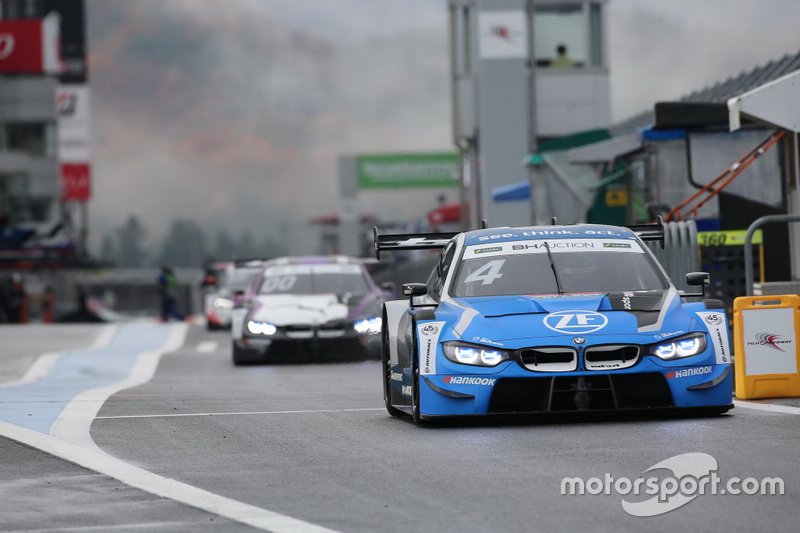