Toyota SUPER GT driver Kenta Yamashita admits he is concerned that the manufacturer could be in for a "difficult next season or two" against a resurgent Nissan unless the GR Supra can be significantly improved.

Yamashita, who shares the #14 Rookie Racing Toyota with Kazuya Oshima, made the remarks in the wake of this month's penultimate round of the season at Autopolis after battling the Impul Nissan Z for fourth place.

Although the Impul car shared by Kazuki Hiramine and Bertrand Baguette was running with a fuel flow restrictor, Yamashita was only barely able to hang on to his position after Hiramine made an error and ran off-track in the closing stages.

Fourth place was the minimum result needed for Yamashita and Oshima to keep their title hopes alive heading to next month's season finale at Motegi, where only a win from pole would be good enough to stay in the running.

Nissan meanwhile heads into the decider with its cars first and second in the points, and against such a backdrop Yamashita told Motorsport.com that Toyota has serious work to do to bridge the gap to the new-for-2022 Z.

"At the moment I feel the Supra doesn’t really have any good points," he said. "It feels now like the Z is especially good in the corners, so it’s tough, and if we don’t improve in that area it could be a difficult next season or two.

"At Autopolis, for example when the front tyre had worn out and the pace went down, the downforce dropped even more and it became difficult. And even if the downforce is low, the top speed hasn’t improved either." 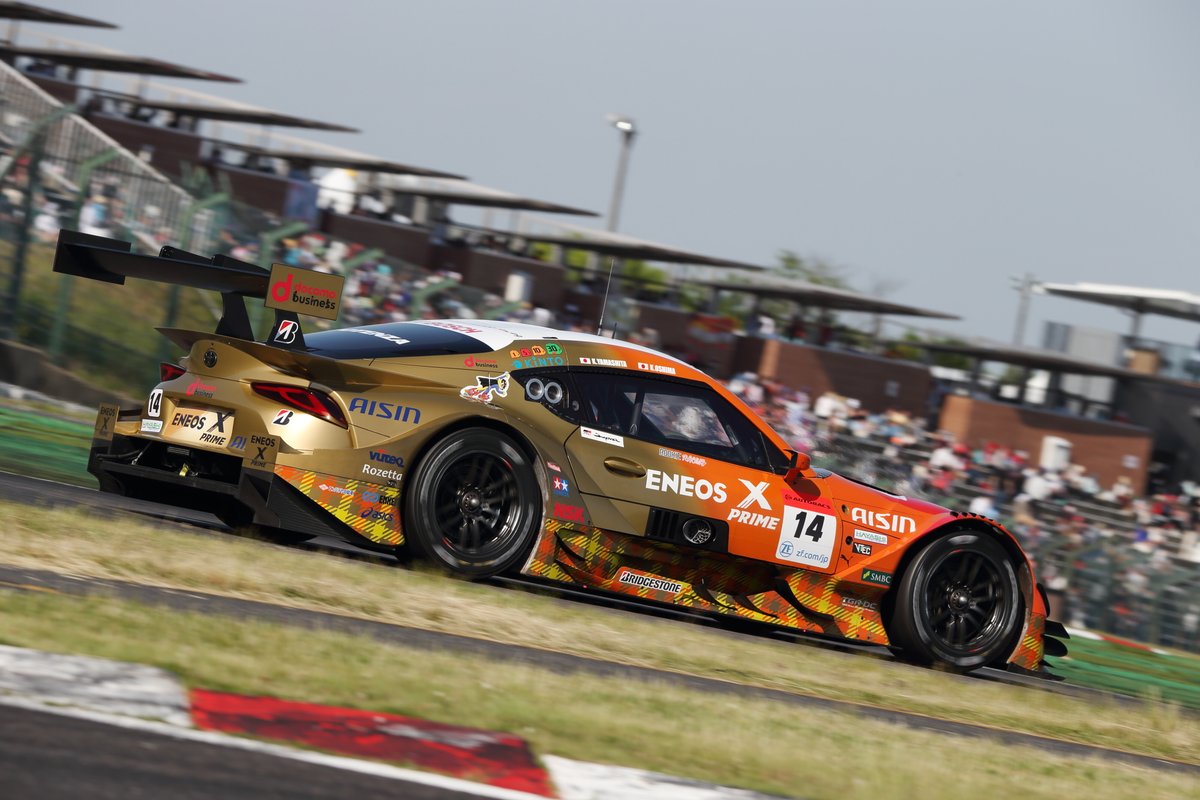 Toyota revised the front bodywork of the GR Supra during the off-season in a bid to add downforce at the potential expense of the straight-line speed advantage that the car has enjoyed in past seasons.

But Yamashita feels that Toyota has ended up in a situation where it both trails Nissan in terms of cornering and straight line speed.

"At Autopolis it didn’t feel like there was much difference in the high-speed corners where the downforce has most effect, but we were caught up in the low-to-medium speed corners," he explained.

"And even in spite of that, the Z is faster on the straight. The [Impul] car had a restrictor and was still able to catch up approaching Turn 1."

Toyota introduced its so-called 'Spec 2' engine from the fifth round of the season at Suzuka in August, something Yamashita feels made no real difference to the GR Supra's performance, but he did highlight an improvement in the engine's fuel efficiency compared to last year.

"Last year we were completely beaten on fuel efficiency, but this year it feels like we've improved," he said. "Before we couldn't pit at the minimum [one-third distance], but this year that has become easier.

"But the impression of the horsepower is just normal, not faster than the other manufacturers, so it will be difficult if we can’t improve that a little more."