Honda driver Naoki Yamamoto says he was finally able to give a "champion-like" performance in qualifying for this weekend's Motegi SUPER GT round after scoring a first pole in three years for Team Kunimitsu.

Yamamoto took over the #1 Honda NSX-GT from teammate Tadasuke Makino, who had been fastest in the first segment of qualifying, for the eight-car pole shootout.

He proceeded to beat Racing Project Bandoh Toyota man Ritomo Miyata by just 0.051s to secure his and Makino's first pole as a duo, as well as the team's first since the 2018 season.

Qualifying has been a struggle for the Kunimitsu squad so far in 2021, with the Stanley-liveried #1 machine managing only 11th on the grid for the Okayama opener and 15th at Fuji.

But Yamamoto believes his own errors have masked the improvements the team has made to its one-lap pace under the stewardship of new race engineer Satofumi Hoshi.

"During the off-season we discussed that and we have been able to strengthen that area.

"In the first two races I made mistakes and things didn’t go well, but finally in the third round we were able to get pole, and this time in qualifying I think I was able to put in a champion-like performance.

"I think this is one of the best poles I’ve had until now, because as the champions we went and found what we were missing and we put everything together to get the result."

After Yamamoto set the pole-winning time, Miyata looked poised to challenge on his final flying lap, having been marginally ahead after sector two. But after losing time in sector three, the 21-year-old abandoned his lap and pitted.

Despite missing out on a second consecutive pole for the Bandoh team, Miyata said he was pleased to bag another front row spot and expressed confidence that a new Yokohama tyre could help the #19 GR Supra be a bigger threat in race trim than it was at Fuji. 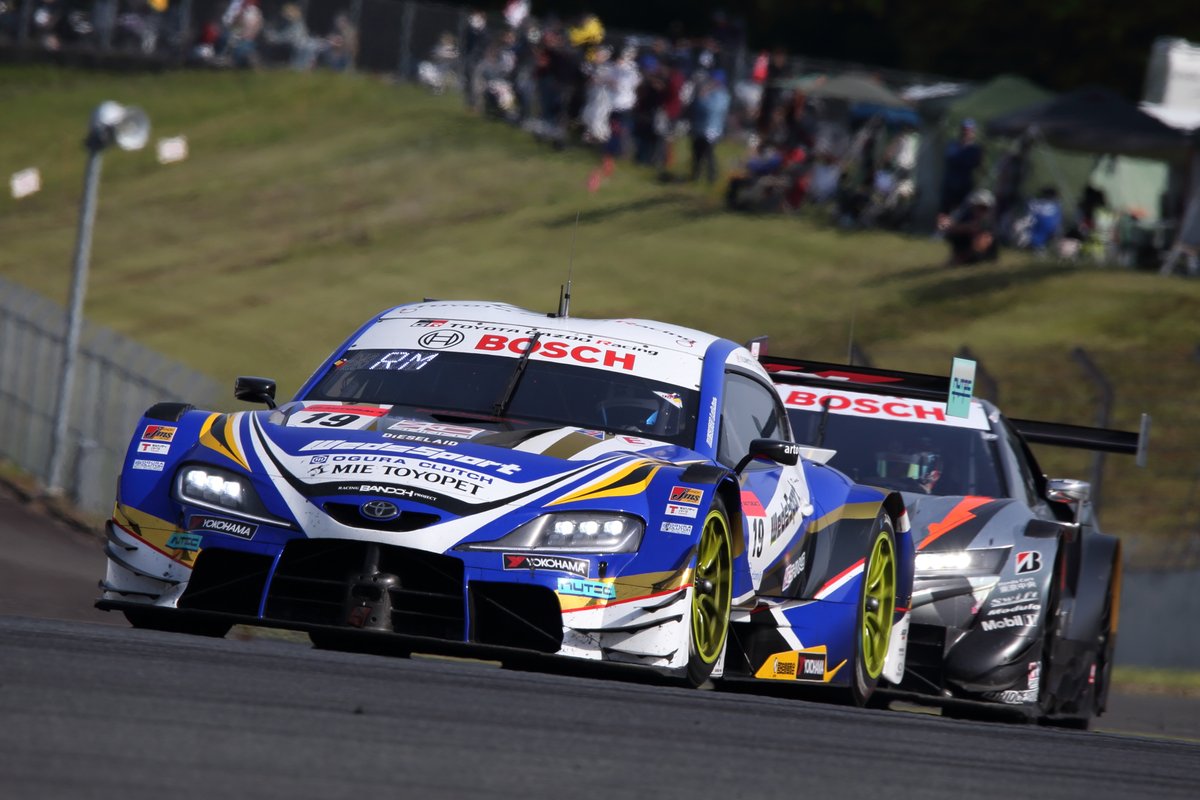 In that race, Miyata and teammate Yuji Kunimoto could manage no better than seventh, albeit matching their best result from 2020.

"On the last lap, sector two was good, but by the time I reached sector three the tyres had no grip left," Miyata explained to Motorsport.com. "I lost about three tenths, so I decided to pit [instead of completing the lap]. It was better to save the tyres for the race.

"[After Fuji] we did a makers’ test at Motegi and we tried a new compound of tyre, and we did a lot of testing in both short and long runs. I am happy with P2 in qualifying, and I hope we can be P1 tomorrow. I think we can have a good race."