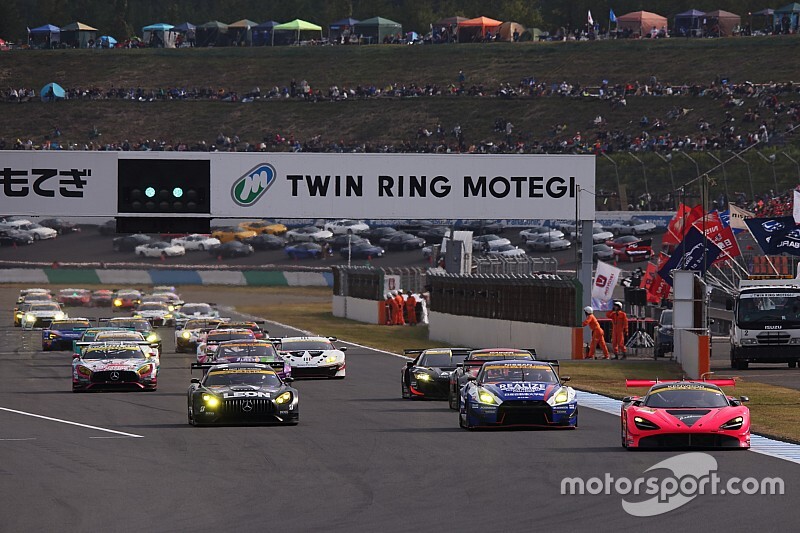 SUPER GT has announced a revision to its system of weight handicaps in the GT300 class for the 2020 season.

In the latest sporting regulations released this week, it was confirmed that from now on, for the first six rounds of the championship, each championship point accrued will be worth 3kg in success ballast, instead of 2kg previously, up to a maximum of 100kg.

It means a victory - worth 20 points - in the Okayama season opener will result in a weight penalty of 60kg for the second round of the series at Fuji.

This will drop to 1.5kg for the penultimate round of the season at Autopolis in October, before the handicaps are removed altogether for the Motegi season finale in November.

In the GT500 class, the system remains the same as last year, with each championship point being worth 2kg for the first six races and 1kg for Autopolis, up to a maximum of 50kg.

At 51kg and above, three different fuel flow restrictors are utilised to limit engine power, again up to a maximum of 100kg, or 50 points.

The rules regarding pitwork during a Safety Car period have also been modified for 2020.

Previously, no pitlane activity was allowed once the SC had been called, but now entering the pits will be allowed when a 'pitlane open' message is relayed to teams by officials.

Driver changes won't be allowed at this time, unless a car had already entered the pitlane at the time the SC was called.

As previously announced, SUPER GT is adopting the Full Course Yellow rules commonly used by other championships worldwide. Entering the pits under a FCY will not be allowed.

Honda has 'no excuses' with front-engined NSX-GT