Long-time SUPER GT outfit Tsuchiya Engineering has announced it will field a Porsche 911 GT3 R in the series in 2020 after ditching its Toyota 86 MC.

Tsuchiya confirmed on the occasion of last month's Motegi season finale that it was replacing its Toyota after five seasons, citing the uncompetitiveness of 'mother chassis'-derived cars compared to the FIA GT3-spec and JAF GT300 machinery against which they compete.

In 2020 the team will use the new-for-2019 Porsche 911 GT3 R that has already enjoyed success in other series, most notably the Intercontinental GT Challenge.

Only one other SUPER GT team, Pacific Racing, ran a Porsche this season, albeit the previous generation model based on the older 991-generation 911 (pictured top).

Tsuchiya wrote: "I personally am a Porsche fan, but also Porsche has a long history as a supporter of privateer teams. And honestly, for teams like our with little capital, there is only one other GT3 car besides the Porsche that can be chosen."

Tsuchiya previously campaigned a 997-generation 911 GT3 RSR in SUPER GT in 2010-11, before dropping off the grid and returning in 2015 with the Toyota.

Earlier in the season the team's future was plunged into doubt after a heavy crash in the Okayama season opener left it facing a major repair bill. 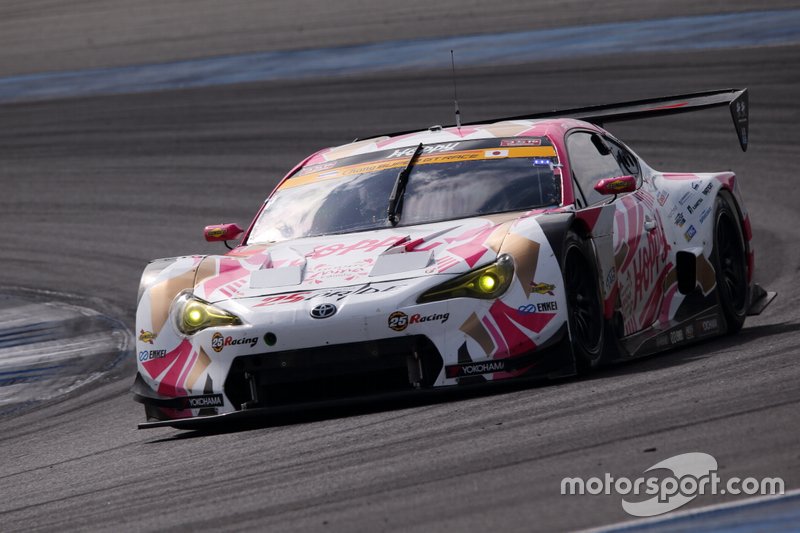