Toyota's failure to get a single car out of the first segment of qualifying for this weekend's Suzuka SUPER GT round may be down to tyre selection, believes Ryo Hirakawa.

None of the six Toyota GR Supra crews were able to progress beyond Q1 on Saturday, with the eight-car pole shootout being contested entirely by Honda and Nissan teams.

Best of the Toyota runners was the Yokohama-equipped #19 Racing Project Bandoh car in ninth place, with the 10th-placed Cerumo entry the highest of the marque's five Bridgestone-shod machines.

TOM'S ended up 12th and 14th with its pair of GR Supras, while the championship-leading Rookie Racing Toyota - carrying the largest success handicap in the field at 70kg - was the slowest.

Hirakawa, who shares the #37 TOM'S car with Sena Sakaguchi and was 14th in Q1, suggested to Motorsport.com that the Toyota/Bridgestone teams' decision to go with a harder tyre compound may have cost them dearly.

"We definitely chose the wrong tyres," he admitted. "Toyota tends to choose harder tyres here [at Suzuka] to avoid having graining. But this weekend is so much colder than we expected; even the soft tyres weren't working.

"It would have been perfect if we brought the tyres from May [when the Suzuka race was originally scheduled before being postponed to August due the local COVID-19 situation]!"

SARD Toyota driver Heikki Kovalainen, whose teammate Yuichi Nakayama was 13th in Q1, likewise suggested tyre choice was likely to be behind his team's disappointing showing.

"It seems all the Toyotas are struggling," the Finn told Motorsport.com. "Our car balance feels quite good but laptime not enough.

"All the [Bridgestone] Toyotas chose the same tyre and although there's nothing obviously wrong with the tyre, we're looking at it now to see if we could have had better options available." 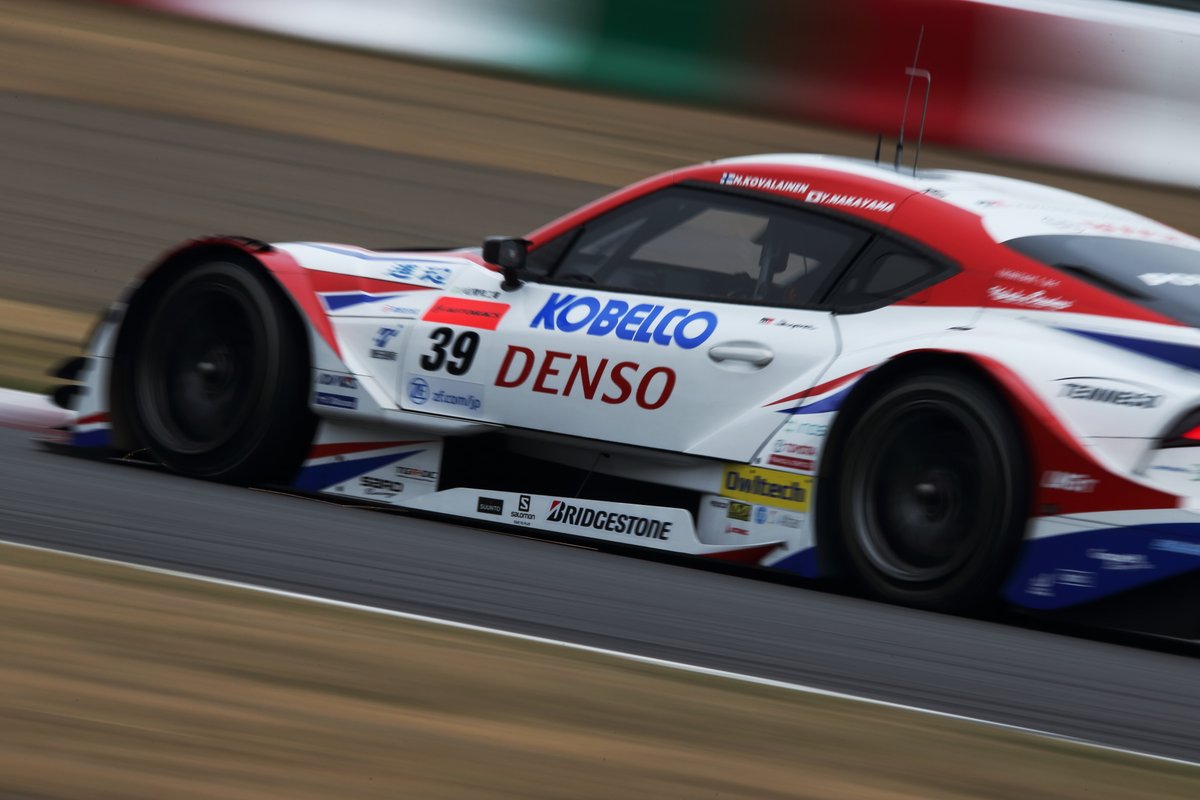 Hirakawa said he and Sakaguchi, who sit third in the GT500 drivers' standings, would be "definitely" targeting points on Sunday but admitted doing so from 14th, while carrying a 54kg success handicap would be tough.

On the prospect of possible rain, he added: "If we have damp conditions, it won't be on our side because of the tyre compound [being too hard]. A [fully] wet race would be fun, though."

Kovalainen said of SARD's prospects with 28kg of ballast on board: "We don't have high expectations, we're too far back and this circuit is hard to overtake at, so a point or two maybe is the realistic target.

"Rain would maybe mix things up a bit and could give us an opportunity, but even then it would probably be hard to make up many places."