TOM’S Toyota driver Ryo Hirakawa reckons that damage sustained early in his stint in last weekend’s Suzuka SUPER GT race may have cost the #37 GR Supra up to a second a lap.

On a tough weekend for the Toyota camp, which failed to get any of its six cars into the second segment of qualifying on Saturday, Hirakawa and his teammate Sena Sakaguchi managed a solitary point for 10th place on Sunday.

That compared to fifth place for the sister #36 TOM’S car of Yuhi Sekiguchi and Sho Tsuboi, which like the #37 was running the stage one fuel restrictor but climbed the order to finish fifth, making it the highest GR Supra finisher.

It means Sekiguchi and Tsuboi are now the best-placed TOM’S crew in the drivers’ standings on 32 points, eight behind Honda’s series leader Naoki Yamamoto, while Hirakawa and Sakaguchi are a further five points back.

Hirakawa took the blame for his contact with the #8 ARTA Honda NSX-GT while navigating GT300 traffic, which he feels cost he and Sakaguchi the chance to match the #36 crew.

“It was in the early stage of my stint, I had massive traffic at the hairpin,” Hirakawa told Motorsport.com. “I was last in that queue and I lost all downforce and I locked the tyres, even though I braked 50 metres early.

“I hit car #8, not a big hit but a soft touch. I thought the damage wasn’t so bad, but after the race I was surprised how big the damage was. The front splitter was destroyed. It was 100 percent my mistake, so it sucks.

“Maybe it cost us around one second [a lap] maximum. In the first stint the pace was actually quite good, also my first few laps I felt the car was nice. Without pushing the pace was quite ok. But then I had the contact.” 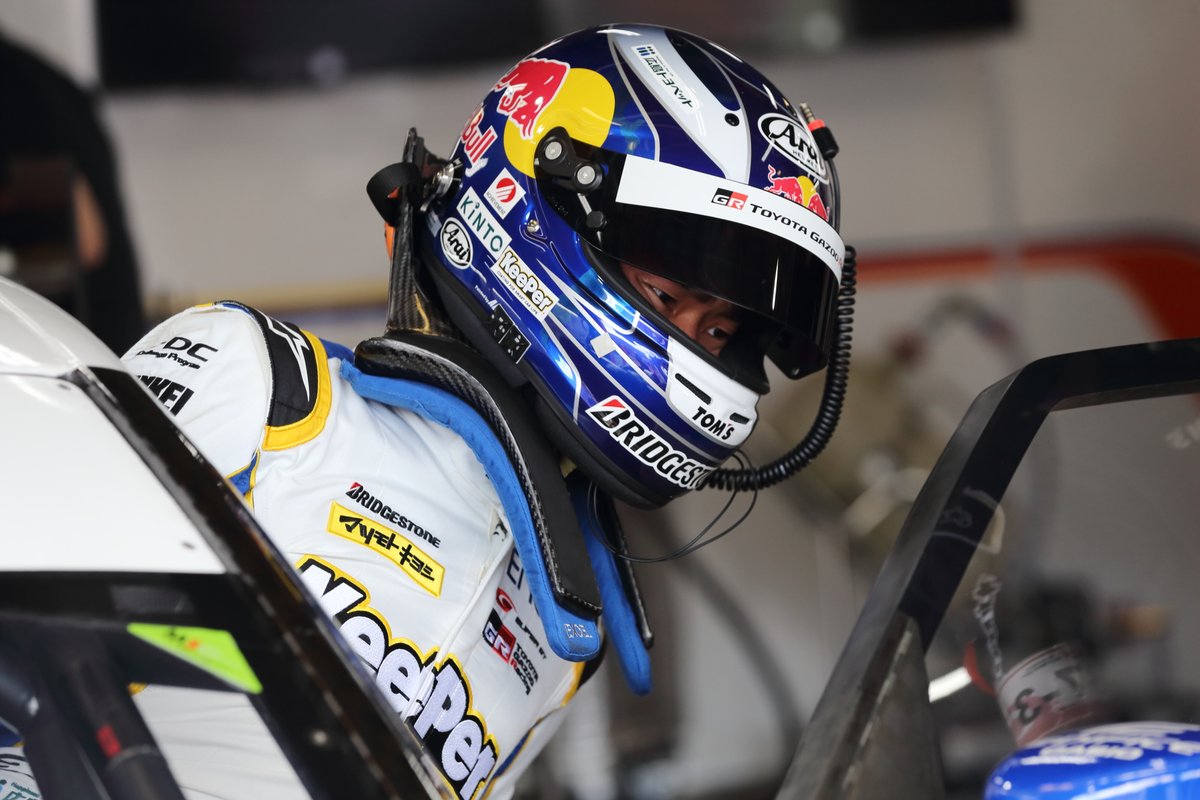 Hirakawa said on Saturday that Bridgestone choosing tyres too hard for the unseasonably cool conditions at Suzuka was likely to blame for Toyota’s worst GT500 qualifying performance since 2008.

The 27-year-old added after the race he feels all of the GR Supra crews starting down the order disguised the strength of the Toyota’s race pace, noting the drop-off suffered by the Nissan GT-Rs that locked out the podium.

“I think the race was not bad for Toyota, the pace was quite good,” said Hirakawa. “I could see from the laptimes that the Nissans were struggling towards the end and we were still ok. We were just unlucky in qualifying, otherwise Toyota would have had an ok weekend.”

That sentiment was echoed by Tsuboi, who said: “Qualifying was tough for all the Supra crews, but in the race the car and the tyres were good, and we were able to put together a mistake-free run.

“I was able to pass about five cars [in my stint] so it was a fun race, and I think we did the maximum we could [from 12th on the grid], so I’m satisfied.”