Toyota has suggested it may move to a more high-downforce concept for the 2022 version of its GR Supra SUPER GT challenger.

Since its introduction last year in place of the Lexus LC, the GR Supra has been renowned for its straight line prowess owing to its low, sleek shape in comparison to its two GT500 rivals, the Honda NSX-GT and the Nissan GT-R.

This has produced mixed results on more technical circuits, but has led to Toyota often dominating at its home venue Fuji Speedway, and in last weekend’s title decider at the former Japanese F1 Grand Prix venue GR Supra crews locked out the top five places.

With TOM’S pair Yuhi Sekiguchi and Sho Tsuboi winning that race, it was enough to overturn Honda’s comfortable pre-race points advantage and give Toyota a first GT500 title using the ‘Supra’ nameplate since 2005.

For 2022, the current GT500 freeze on aerodynamics will be lifted, with both Nissan and Honda taking advantage of this relaxation to introduce brand new body designs with the new ‘Z’ and the NSX Type S respectively.

While Toyota will not have an entirely new model, it will be able to update the GR Supra’s bodywork in a bid to improve its competitiveness.

Toyota Customising and Development (TCD)'s general manager for vehicle development Kazumoto Yuasa said that the GR Supra’s run of poor form in the middle of the season could prompt a rethink of the car's concept for 2022.

“Having an advantage in terms of top speed [at Fuji] means we don’t have an advantage at other circuits,” Yuasa told Motorsport.com’s Japanese edition. “There are many ways to compete.

"I want to analyse, for example, what would happen if we had the same top speed [as the other manufacturers], for next year.

“We’ve been working on next year’s car for a while now, but our rivals will probably progress, so we’ll be keeping an eye on them and do our best in the off-season tests to create a car that can win the opening round next season.” 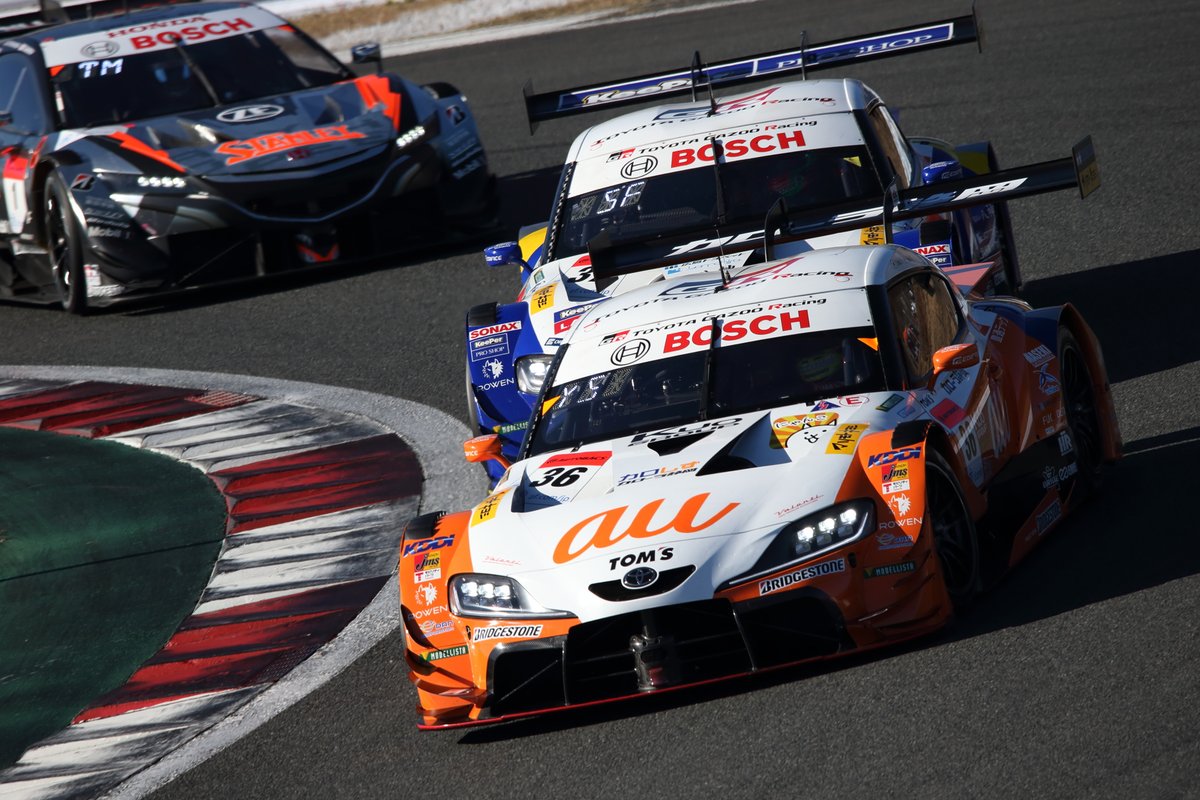 Toyota's Fuji win was only its second victory of the 2021 season, the first having come in the season opener at Okayama with Rookie Racing pair Kenta Yamashita and Kazuya Oshima.

Yamashita, who finished fourth in the championship alongside Oshima with a third-place finish at Fuji, also said he that he hopes the GR Supra can be given more downforce for 2022.

“The downforce level seems not as good as Honda and Nissan,” Yamashita told Motorsport.com. “So at high downforce tracks, it’s very difficult for us.

“It’s hard to warm up the tyres properly, and even passing GT300 cars can be tricky at times compared to Honda. At Fuji it’s no problem having less downforce, but at other tracks it’s a disadvantage.

“Maybe we can increase the downforce and move in the direction of the others.”