Toyota SUPER GT driver Yuhi Sekiguchi says that being partnered with young and fast teammates at TOM'S has helped him rediscover some of his lost motivation.

Sekiguchi, who has driven for the Lexus/Toyota stable in the GT500 class since 2014 and for the flagship TOM’S team since 2018, was partnered in the #36 GR Supra last year by rookie Sacha Fenestraz, 12 years his junior.

With Fenestraz moving across to replace Nick Cassidy in the sister #37 TOM’S team this year, another youngster in the form of Sho Tsuboi was drafted in to partner Sekiguchi for 2021.

The new partnership has got off to a strong start, with Sekiguchi and Tsuboi scoring second place at Okayama behind the Rookie Racing car of Kenta Yamashita and Kazuya Oshima.

Speaking to Motorsport.com, Sekiguchi said being paired with Fenestraz last year and now Tsuboi in the #36 TOM'S car has acted as a stimulus at a stage in his career when it's common for drivers' motivation to ebb.

“It was my first time working with a foreign driver,” said Sekiguchi. “Of course, [Fenestraz] is very quick and he’s young, so he has very high motivation. I’ve been racing here for almost 10 years so sometimes my motivation is not as high as it could be.

"He was a good influence, it reminded me of when I was young and in the best years of my career. It motivated me to get back in the game.

“Sacha last year was fast, and Tsuboi is just as fast. Also, he won the last race of Super Formula last year, so he is really at the top of his game.

“It’s great for me again to be teamed up with such a fast driver, because it helps my motivation. It’s a well-balanced team.” 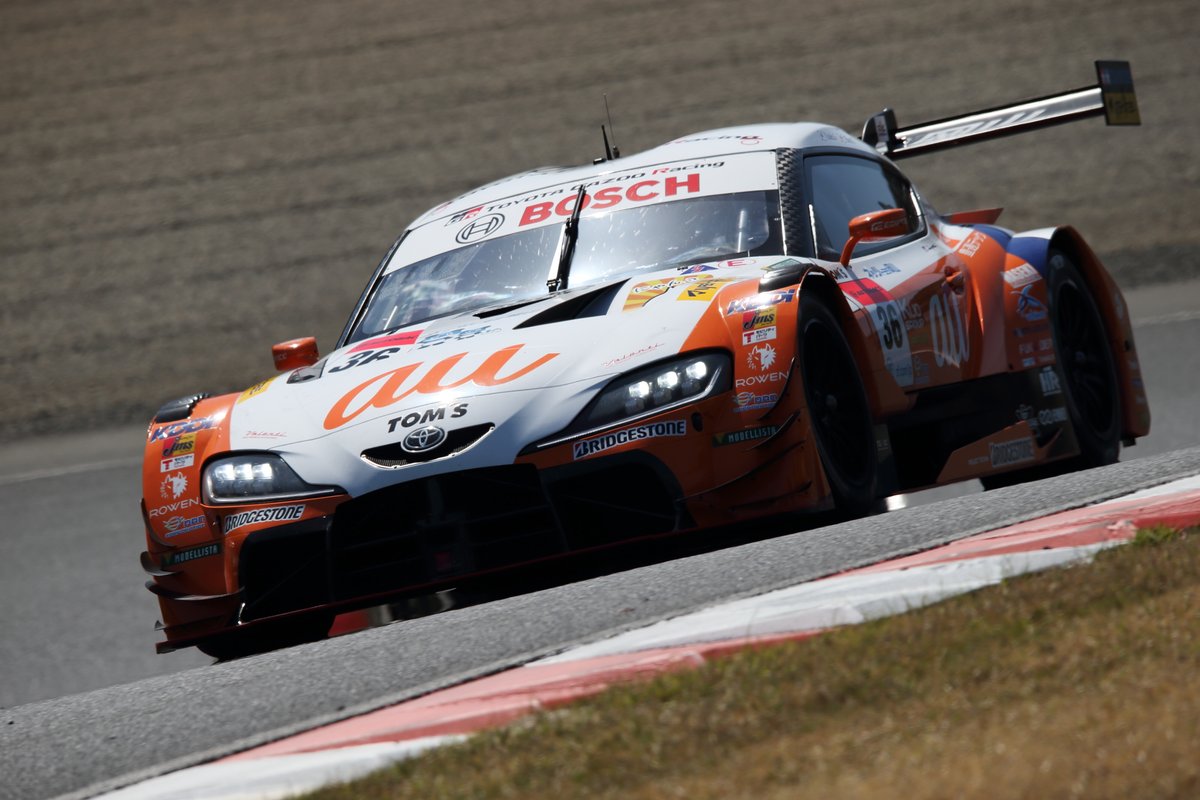 Asked in general how he stays motivated almost a decade into his top-line career, Sekiguchi replied: “It’s pretty difficult to do by yourself. The team atmosphere is really important, and also the driver you are teamed up with.

“During the off-season last year, I went to Thailand and I was training in the gym with a Muay Thai [boxing] athlete. It was really hot and dirty place, and I was there for two weeks, training with the guys, also with children about six and seven years old.

“The little kids are learning to be fighters. And seeing them really working hard helped me get my motivation up. That’s how I get motivated – to see other people doing their best.”

Sekiguchi and Fenestraz finished fourth in the standings last year, scoring podium places in half of the season’s eight races albeit no wins.

While taking responsibility for some errors last year, Sekiguchi pointed out that a change of race engineer from veteran Tsutomo Tojo to newcomer Satoshi Yoshitake may have had a negative influence on results.

“Last year, the first half of the season was very good, but there were still times we couldn’t be consistent,” he said. “The track engineer changed and it was his first year.

“He learned a lot last year and gained a lot of experience. In the off-season he was more confident and could prepare us a good car.

"But also the drivers are also responsible for the results. Halfway through the season I dropped a few points due to a collision [with Cassidy at Motegi] and that was unfortunate. I made two mistakes. That really hurt our season.

"The second one was when I got a flatspot on the tyre at Fuji [Round 5] and that cost us points."

Asked if Cassidy's departure from TOM'S to race in Formula E could make life easier for the #36 crew in 2021, Sekiguchi said: "Sena [Sakaguchi, Fenestraz's temporary replacement] is also quick… so I don’t think there’ll be much difference. At the moment he’s as fast as Nick was." 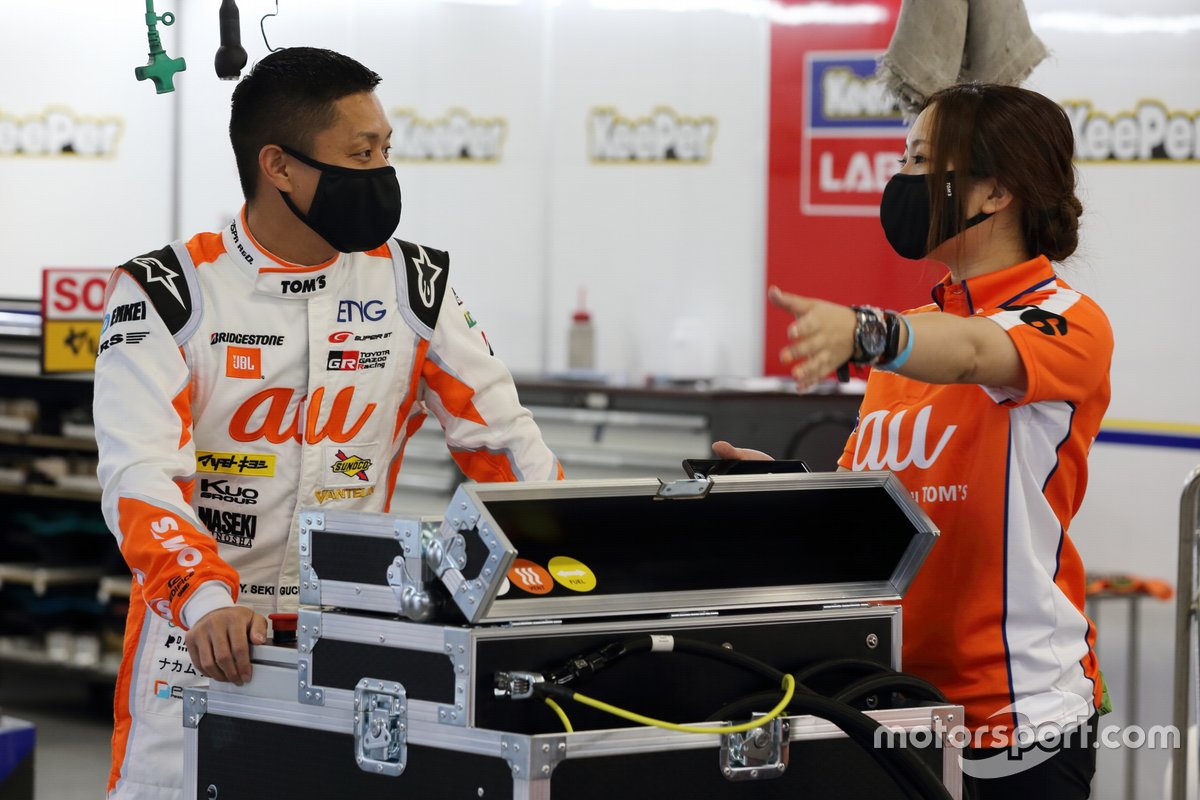 Last year, Sekiguchi was set for his first race appearance outside of SUPER GT or Super Formula since 2013 after signing up to appear in the Le Mans 24 Hours at the wheel of a CarGuy Racing Ferrari 488 GTE, only for the COVID-10 pandemic to scupper those plans.

While the 33-year-old can’t see himself racing regularly outside of his homeland in future, he made it clear he wants to tackle Le Mans in future and potentially other major international races.

“It’s one of my big goals,” Sekiguchi said. “I can’t suddenly go and race overseas [in the current situation amid travel restrictions], but I’d like to do Le Mans [in the future] and see how it goes.

“Japan is the priority, but if there is an opportunity to try racing overseas and if Toyota allows it, I want to take on those challenges.

"I can’t do something like Nick and completely switch to racing overseas. Now I'm an 'old man' and I have children! If I was living alone and free maybe I would do it, but now I have family.

“I raced in Formula Masters in 2008 and I also did a round of GP2 Asia in Shanghai. It was really fun to race against international competitors, I want to experience that again.”