TOM'S newcomer Sho Tsuboi put Toyota at the head of the times on the opening day of SUPER GT's final pre-season test at Fuji Speedway.

Tsuboi, who shares the #36 TOM'S Toyota GR Supra with Yuhi Sekiguchi, set the fastest time, a 1m27.760s, at the very end of the day during the 10 minutes of running reserved for the 15 GT500 class runners.

The driver taking Tsuboi's place in the Rookie Racing Supra this year, Kenta Yamashita, completed a 1-2 for Toyota with a time just 0.189s slower.

Saturday's running was extended from four hours to five owing to the threat of rain on Sunday, and the two hour, 30 minute morning session was led by the Nissan of Ronnie Quintarelli on a 1m28.192s.

That time went unbeaten until Tsuboi and Yamashita set their improvements at the very end of the day, but Quintarelli's time was still enough for the Michelin-supplied NISMO GT-R to end the day an encouraging third overall.

Real Racing's Bertrand Baguette was third-fastest in the afternoon, leading the Honda NSX-GT charge and slotting into fourth in the combined timesheets ahead of the SARD Toyota of Yuichi Nakayama.

Ritomo Miyata broke into the top six with a late improvement aboard the Yokohama-shod Racing Project Bandoh Toyota, ahead of the Impul Nissan of Kazuki Hiramine and the ARTA Honda of Nirei Fukuzumi.

Last year's two title protagonists - still both without one of their regular drivers - completed the top 10, with the Team Kunimitsu Honda ninth ahead of the #37 TOM'S Toyota.

Naoki Yamamoto and Ryo Hirakawa, who look poised to go into the first round of the season without their respective full-time co-drivers Tadasuke Makino and Sacha Fenestraz, set the best times for their cars, although Hirakawa caused an early red flag in the morning with a spin at Turn 3.

The Mugen Honda that topped the times at Okayama was only 14th-fastest this time around, two spots behind fellow Dunlop user Nakajima Racing.

At the foot of the GT500 times was the NDDP/B-Max Nissan, which was ruled out of action only 45 minutes into the morning session following contact between Kohei Hirate and the Team LeMans Audi R8 LMS of Yoshiaki Katayama at the Turn 6 hairpin, causing the day's second red flag.

The car shared by Kohei Hirate and Katsumasa Chiyo sat out the afternoon session, with rookie Katayama judged to be at fault for the incident.

There was further action at Turn 6 in the afternoon as Hiramine earned a dangerous driving penalty for contact with the Drago Corse Honda NSX GT3 of Shogo Mitsuyama.

Miyata also came to a halt at the final corner late in the afternoon session, causing the day's fourth and final red flag. An earlier delay was for marshals to clean the racing line at Turn 1. 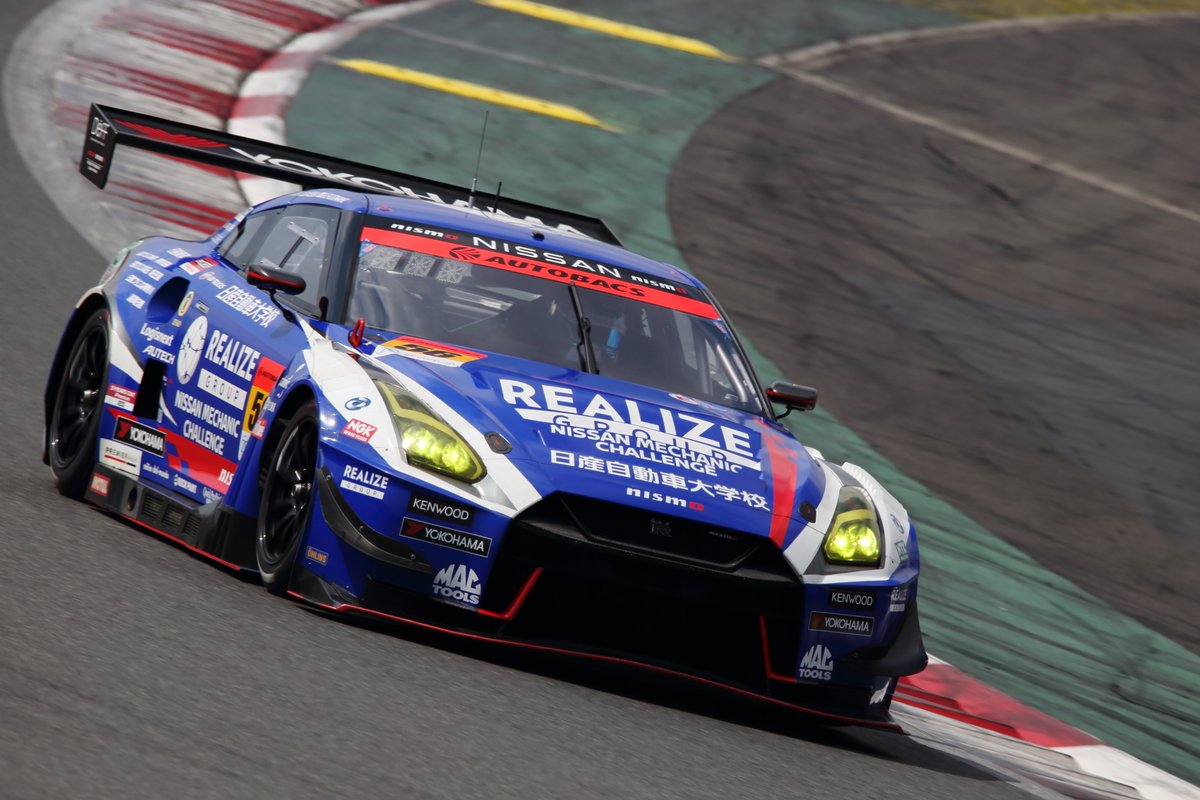 Kondo Racing's reigning champion Joao Paulo de Oliveira was fastest in the GT300 class at the wheel of his Nissan GT-R NISMO GT3, setting his best time of 1m36.476s around 90 minutes in the morning session.

Nissan swept the top three positions for both the morning and the day overall, as Katsuyuki Hiranaka (Gainer) and Takayuki Aoki (Tomei Sports) were second and third respectively ahead of the Saitama Toyopet Toyota Supra GT300 of Hiroki Yoshida.

The Max Racing Supra, which skipped the previous test at Okayama, was the surprise of the day as Yuui Tsutsumi topped the afternoon session on a 1m36.931s to slot into fifth overall.

The Team Thailand Lexus RC F GT3 shared by Giuliano Alesi and Sean Walkinshaw sat out most of the morning session as the team had to replace a gearbox, and was 26th-fastest of the 28 entries present in the afternoon.

Testing continues on Sunday, with three hours of running split between a two-hour morning session and an abridged one-hour afternoon session.