Toyota SUPER GT driver Sacha Fenestraz says that TOM'S' championship victory with the #36 car shows "what could have been" if he and Ryo Hirakawa had been able to contest the full season together.

Fenestraz was chosen to succeed the departing Nick Cassidy aboard the #37 TOM'S GR Supra, consistently the stronger of the team's two cars since 2017, alongside Hirakawa.

However, visa issues prevented Fenestraz from re-entering Japan in time for the start of the campaign and he ended up missing the first five races of the campaign, as well as most of the Super Formula season.

Joined by GT500 novice Sena Sakaguchi for most of the season, Hirakawa ended up sixth in the final standings, with he and Fenestraz taking the #37 machine's best finish of second in the Fuji Speedway finale.

But the sister TOM'S crew of Yuhi Sekiguchi and Sho Tsuboi taking a shock title with victory in the same race left Fenestraz wondering whether he and Hirakawa could have done the same in different circumstances.

"It’s a shame, because it shows maybe what could have been done, with the [#36] car being champion," Fenestraz told Motorsport.com. "I think we could have had great pace all season, as good as them or even better. We will never know."

Hirakawa's promotion to the Toyota FIA World Endurance Championship squad for 2022 means Fenestraz will be joined by a new teammate, Ritomo Miyata, in the #37 Toyota next season.

"I really wish [Hirakawa] could have raced with me for another year," added the Frenchman. "It’s a shame [he is leaving], because since I started in SUPER GT he has been my best teammate, a really great guy out of the car as well as a great driver. So he’s a big loss.

"At the start of the season, I was really excited to work with Ryo, and I pushed for that. But we never know what could happen in the future, if he comes back [to SUPER GT]." 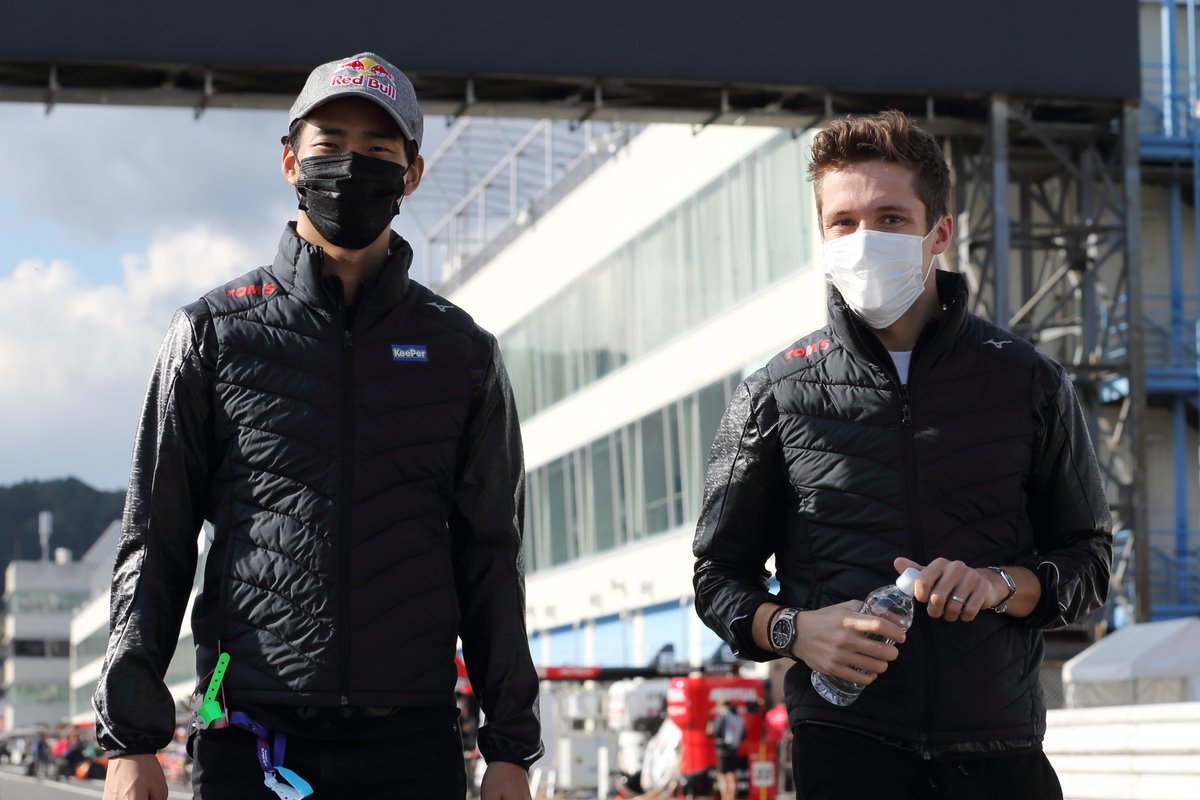 Reflecting on his final SUPER GT campaign for the time being, 2017 champion Hirakawa was left to count the cost of various small misfortunes throughout the year that cost him a considerable number of points.

He was also eager to point out that Tsuboi and Sekiguchi were able to win the title with a historically low number of points - the #36 car averaging just eight points a race, equivalent to a fourth-place finish.

"The first two races were good; at Okayama we could have won and even with the problem in the pitlane we got on the podium," Hirakawa told Motorsport.com. "But after that we did so many mistakes.

"At Sugo we had the crash while we were fighting for fourth, then Autopolis we had the engine change… at Motegi, Sacha had the penalty… maybe we could have been third or fourth in that race. At Suzuka we had a problem with the downforce. There are many things that didn’t work well.

"I think the #36 team did just a normal job, it was more than the others made mistakes, had accidents. They won the title with just 64 points. Normally it’s more than 80. But this is racing sometimes."