The TOM'S SUPER GT squad admits that replacement driver Sena Sakaguchi may end up replacing Sacha Fenestraz for the entire season in the #37 Toyota GR Supra.

With Fenestraz still unable to enter Japan owing to visa problems, Sakaguchi has taken up the seat alongside Ryo Hirakawa at TOM'S for the opening two rounds of the season.

Sakaguchi stunned the paddock by securing pole for only his second start in the top GT500 class at Okayama, with he and Hirakawa finishing third both in that race and the following round at Fuji Speedway.

It leaves the duo third in the standings on 23 points, 12 down on Rookie Racing pair Kenta Yamashita and Kazuya Oshima.

TOM'S team director Jun Yamada admits that Sakaguchi's strong start to the season means a difficult decision is likely to have to be made regarding whether he sees out the season alongside Hirakawa.

"I've known Sakaguchi for a few years, as we had him as a substitute [for Kazuko Kotaka] in F3 [in 2019]," Yamada told Motorsport.com. "We knew his performance level, but in GT500 there are many difficult things and he didn't have much experience in GT500.

"There weren't any other drivers available and so we had little choice but to take him. But he's done a good job and actually that's caused us a problem... in the event Sacha is able to come to Japan, it would have an effect on us fighting for the championship. I'm not sure what to do." 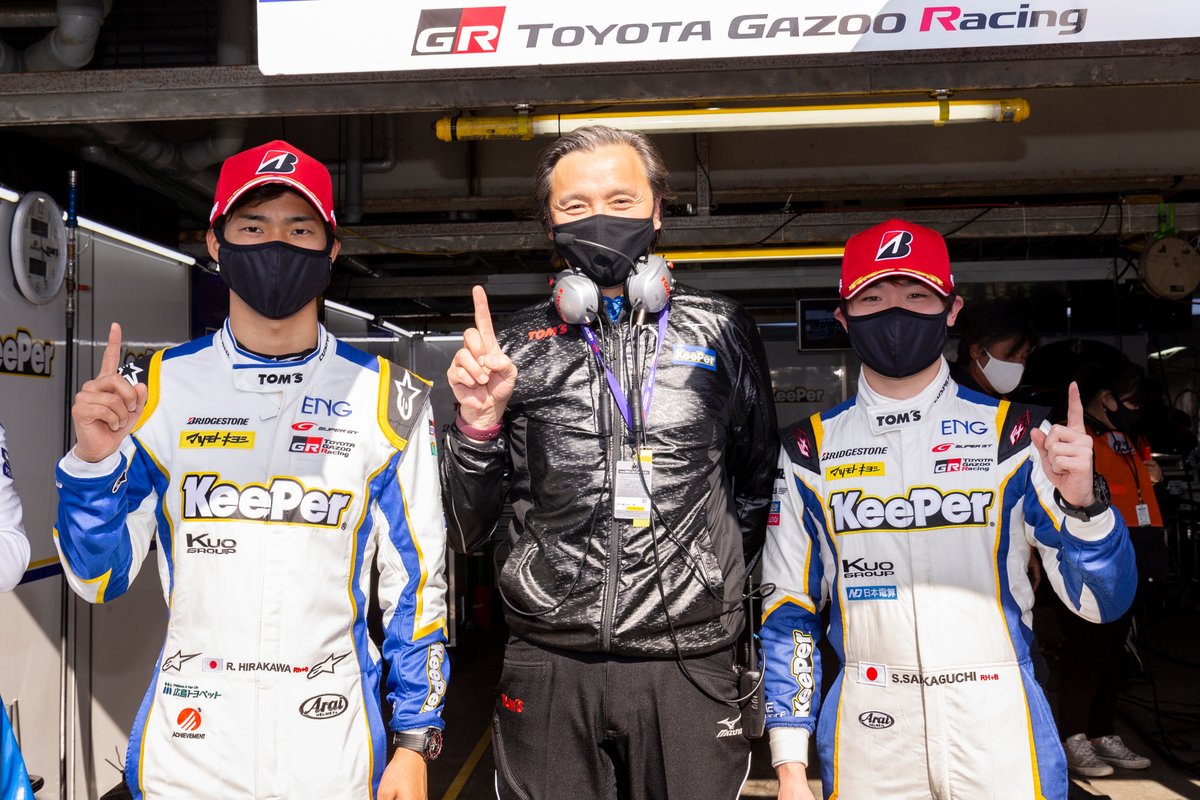 Pressed on when TOM'S would have to make a call on whether to install Sakaguchi for the rest of the season, Yamada said: "I don't know, and I don't think anyone knows. It's a difficult situation.

"I can't decide on my own; we will have to make a careful decision while discussing with Toyota, the team owners and the engineers. But considering the current situation, I think it will be very hard for Sacha to come to Japan.

"As we still don't know when he will come to Japan, first of all we have to decide just for the next race."

As well as missing both SUPER GT races so far this year, Fenestraz has also been forced to skip the opening three rounds of the new Super Formula campaign for Kondo Racing.

Yuichi Nakayama has taken Fenestraz's place since the start of the season, but has yet to score points.

Yamada revealed that, should Fenestraz be able to take up his seat at Kondo Racing, Nakayama would transfer to KCMG (assuming Kamui Kobayashi remains absent), which would in turn free up Kobayashi's current substitute Kazuto Kotaka to return to the TOM'S Super Formula Lights squad.

That would allow Giuliano Alesi, who scored a surprise win while standing in for TOM'S regular Kazuki Nakajima at Autopolis this month, to focus solely on Super Formula instead of having to do double duties.

Alesi sits second in the Super Formula Lights standings at the halfway point of the season, but some way behind points leader Teppei Natori.