TOM'S SUPER GT team boss Jun Yamada believes that Giuliano Alesi was partly culpable for the intra-team collision that cost the squad a likely victory in the Fuji 450km.

The two TOM'S Toyota GR Supras were running one and two when Wednesday's Golden Week race was red-flagged for the first time, with Alesi having taken over from his teammate in the #36 car, Sho Tsuboi, in the lead.

Directly behind at the restart was the sister #37 car of Ritomo Miyata, who replaced Sacha Fenestraz at the wheel after the first stint.

However, Miyata was coming under pressure from the SARD Toyota of Yuhi Sekiguchi at the same time, moving to the inside line to defend his position, and ended up making contact with Alesi at Turn 1.

The contact allowed Sekiguchi into the lead and the #3 Nissan of Mitsunori Takaboshi into second place, with Miyata continuing in third place and Alesi dropping to fifth behind the ARTA Honda of Tomoki Nojiri.

That was how the order at the head of the field remained when the huge crash involving Takaboshi took place on the main straight six laps later, bringing the race to a stop for a second time.

While an attempt to restart the race was made, there was to be no further green-flag running, but both the SARD and #37 TOM'S Toyotas were hit with time penalties that dropped them to 13th and 14th respectively.

The penalty given to Miyata ended up costing TOM'S the race win, but Yamada felt that Alesi, a GT500 rookie this season, could also have done more to avoid the incident.

"It’s not only Miyata’s fault," Yamada told Motorsport.com. "Of course Miyata was pushing a little bit too much, but also Giuliano needs more experience about that kind of situation.

"It was a complicated situation. But this is motorsport sometimes."

Yamada also questioned the decision to hand the #37 crew a penalty, considering that the collision happened between the two TOM'S cars.

"For me, I have to ask why?" said Yamada. "Both cars are from the same team, car #36 was able to continue… why the penalty? Race control made the final decision… sometimes they get it wrong."

Fenestraz was disappointed to lose a potential first GT500 win as a result of the penalty, but was satisfied with his own opening stint after moving from fourth on the grid to take an early lead on lap one.

"We knew [about the penalty] during the red flag already," Fenestraz told Motorsport.com. "I thought maybe because we are from the same team, and based on what has happened in past years [we would escape a penalty], but it wasn’t the case.

"Mistakes like [Miyata’s] can happen, this is racing. It’s a shame because we could have won with what happened to SARD. The important thing is that Miyata learns from it and doesn’t repeat it."

Miyata was unavailable for comment post-race, but was seen apologising to Alesi in the paddock. 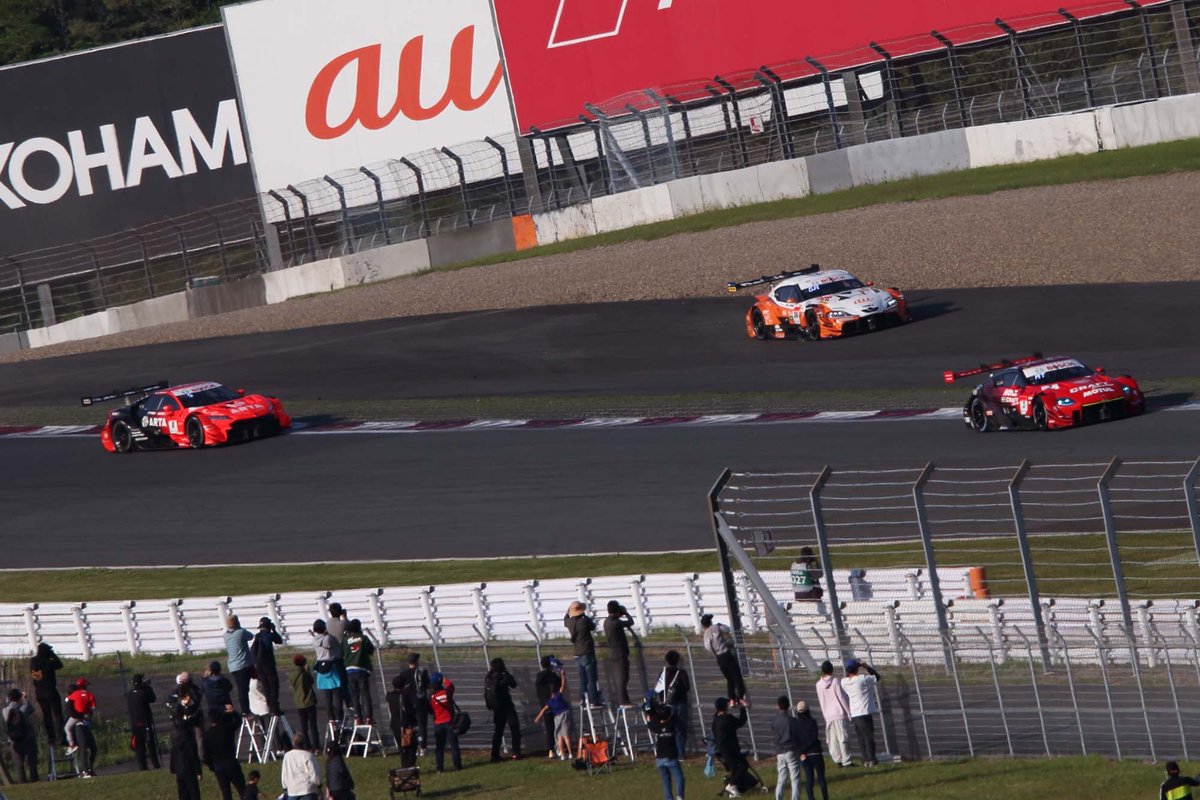 For his part, Alesi was convinced he did nothing wrong in the impact.

"I braked really late, but I was the only driver of the two of us that didn’t go off, and I got hit," the Frenchman told Motorsport.com. "Without me Miyata would have gone off for sure.

"But I cannot blame him because we’re racing, we are all pushing and we want to win. He didn’t do it on purpose."

Alesi added that the damage sustained to the #36 TOM'S GR Supra as a result of striking the debris left by Takaboshi's crash was so severe that had the race gone back to green for the final laps, the team would have had to retire.

"What’s most important firstly is that Takaboshi is alright after his crash," he said. "Seeing that in front of me, it turned my stomach upside-down. It’s part of racing, we all accept it, but when it happens it’s not a nice feeling.

"To avoid [Takaboshi] I went to the right but there was a lot of debris, that damaged the car a lot. There’s nothing more I could have done, everything happened so fast. I’m just happy that I was able to avoid him."

Alesi was running right behind Hisashi Wada's Mercedes-AMG GT3 on lap 43 when Wada lost control and crashed approaching the Turn 6 hairpin, an incident that caused the first red flag of the race.

However, when asked about it by Motorsport.com, the ex-Formula 2 racer claimed to have not seen what happened.