This weekend, SUPER GT is making its first trip to Sugo in two years – but it will be the first time at the track for the current generation of GT500 cars, creating plenty of unknowns.

Sugo was one of the victims of the coronavirus-induced reshuffle of last year’s SUPER GT calendar, but along with Okayama and Autopolis was reinstated on the schedule for 2021.

And if Okayama threw up a surprise, with Toyota defying pre-season expectations to dominate at the former Pacific Grand Prix venue, then consider that race came after two pre-season tests at the track. Conversely, virtually every GT500 team goes into this weekend with no data.

In fact, with the 2019 Sugo race taking place in the wet, you have to go back to 2018 for the last dry race to have taken place around the tight, twisty Miyagi Prefecture venue that is known for providing reliably entertaining - even wild - races with more than 40 cars sharing a comparatively small amount of tarmac.

Plenty has changed since SUPER GT's last visit to Sugo though, not least the fact that each GT500 manufacturer is running with a different model. Of those, only the front-engined Honda NSX-GT has so much as tested at Sugo, but that was with just the Dunlop-shod Nakajima Racing car.

The Toyota GR Supra and the 2020 version of the Nissan GT-R have never so much as turned a wheel around Sugo, so how the competitive order will turn out this weekend is anybody’s guess.

“It’s difficult to predict anything because we’ve never used this car at this track, we have zero data,” Real Racing’s Bertrand Baguette told Motorsport.com. “Everyone will be busy on Saturday morning in practice trying to set up the car and understand the tyres.

“You need a bit of luck, you have to prepare well and if you can do that you’ll have an advantage. If you are struggling in practice, you will struggle all weekend. And if there’s a red flag because of an accident, it will make everyone’s job even more difficult. 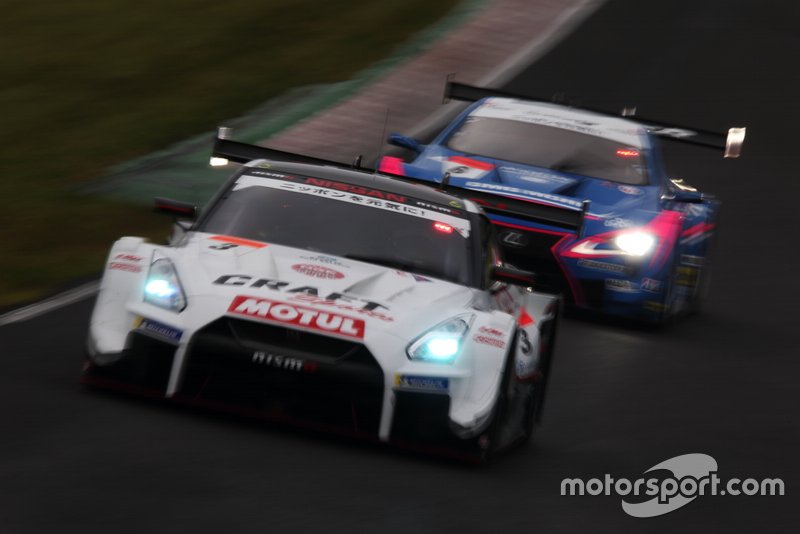 If you were to pick a favourite purely based on past form at Sugo, you would probably have to go with Team Kunimitsu, which won the last dry race at the track in 2018 – Jenson Button taking the spoils on that occasion alongside Naoki Yamamoto – as well as back in 2015.

But following a win at Motegi in July and a strong run to fourth at Suzuka last month for the #1 Honda shared by Yamamoto and Tadasuke Makino, the now championship-leading Kunimitsu car is likely to struggle with a power-sapping stage two fuel flow restrictor.

On that front, Yamamoto and Makino join Kenta Yamashita and Kazuya Oshima, whose #14 Rookie Racing Toyota has had the stage two restrictor in place for the two most recent races following their win at Okayama and second in the Fuji 500km, scoring precisely zero points in that time.

But with its tight and twisty layout and lack of long straights, combined with a lack of recent knowledge up and down the pitlane, Sugo may offer up a chance for the even the #1 and the #14 crews to bank some solid points that could prove crucial come the end of the season.

“At Suzuka the car felt good in the corners and we were quite fast compared to the other Supras,” Yamashita told Motorsport.com. “But because the tyre choice wasn’t good, we didn’t qualify well, and the restrictor meant we couldn’t pass, and we couldn't score any points.

"At Sugo definitely we have to score points. The restrictor maybe won’t be as bad for Sugo and Autopolis, and our rivals are also getting heavier, so that makes our lives a bit easier.”

Then there’s the stage one restrictor group, which comprises the next four cars in the standings: both TOM’S GR Supras, the #17 Real Racing Honda and the #3 NDDP B-Max Nissan GT-R, which won at Sugo in the wet in 2019 and came close to victory last time at Suzuka.

Despite the 56kg handicap carried by the #37 Toyota, Ryo Hirakawa, who has had to endure a couple of difficult races alongside his temporary but increasingly permanent-looking teammate Sena Sakaguchi, is eyeing up the Sugo race as a chance to win.

But much will depend on the weather and how the compounds provided by each manufacturer – which are often decided weeks in advance before any reliable weather forecasts are available – match the conditions on the day.

You only have to see how Toyota failed to get any cars into Q2 at Suzuka because Bridgestone brought tyres that proved to be too hard for an unseasonably cool late August weekend to see how it easy it is to get this crucial part of the equation wrong. 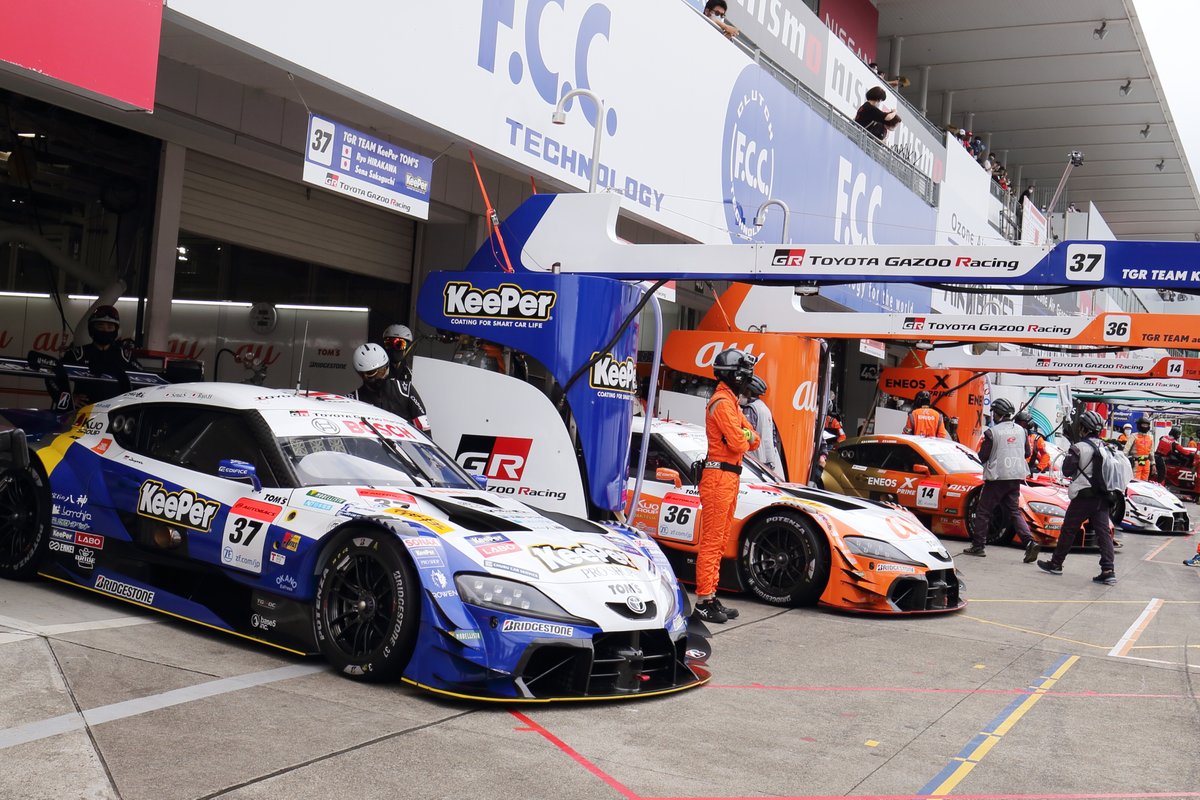 “We are heavy, but we are not one of the heaviest cars,” Hirakawa told Motorsport.com. “I think we should be able to fight for a win, so that’s the target. But our concern is that the Supra has never been there, so we don’t know how it’s going to be.

“Making the right set-up for Sugo is going to be very important, and the practice session is short. The tyre selection was made some weeks ago. Japan is having some strange weather likely, so I’m not sure what to expect, but hopefully the tyres will match.”

The remaining nine cars will simply be weighed down by good old fashioned success ballast, ranging from the 44kg carried by the Suzuka-winning NISMO Nissan of Ronnie Quintarelli and Tsugio Matsuda, down to the mere 4kg carried by the Nakajima Racing Honda.

The Nakajima car has to be considered a prime contender taking into account Dunlop’s now-established qualifying prowess and its lack of success handicap, with Takuya Izawa also a past winner at the track in 2015. But Dunlop believes any advantage gained from its private Sugo test back in June will be minimal, as it has introduced a new tyre compound since then.

Another car overdue a good result is the #8 ARTA Honda of Nirei Fukuzumi and Tomoki Nojiri, the only Bridgestone-shod NSX-GT without a fuel flow restrictor (26kg). Fukuzumi was a Sugo winner in the GT300 class in 2019, while Nojiri is coming fresh off the back of an absolutely dominant Super Formula round at Motegi, so spirits in the garage are sure to be high.

But more so than the cars like the ARTA machine that have underperformed so far this season, it’s the crews with the biggest handicaps that really face the critical phase of the season.

The equivalent race of last year’s schedule at Fuji in early October saw the #37 TOM’S Toyota finish fourth and the Kunimitsu Honda one place behind in fifth, putting them in the box seats for when the success ballast was halved and then removed altogether for the final two races of the season.

Any team that can bag a similar result this weekend will give themselves a tough time next month at Autopolis, but as that track is likely to represent a similar leap into the dark for most teams, the penalty of getting a good result at Sugo will arguably be less than normal.

“Sugo should be less of a handicap with the fuel flow restrictor, there are a lot of corners and not so many straights,” said Baguette, who shares the #17 Honda with Koudai Tsukakoshi. “And there are quite a few heavy cars now.

“For the championship, both Sugo and Autopolis will be important. For sure it’s time for us to close the gap to the leaders, the gap cannot increase any more.” 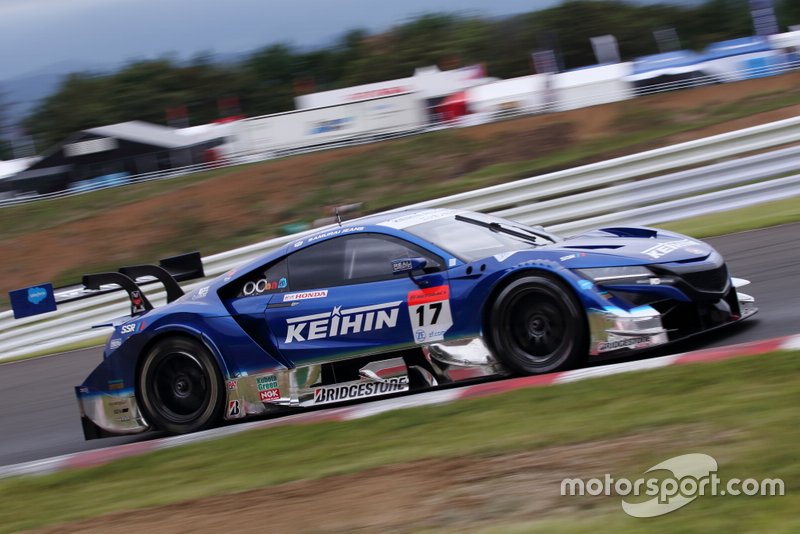