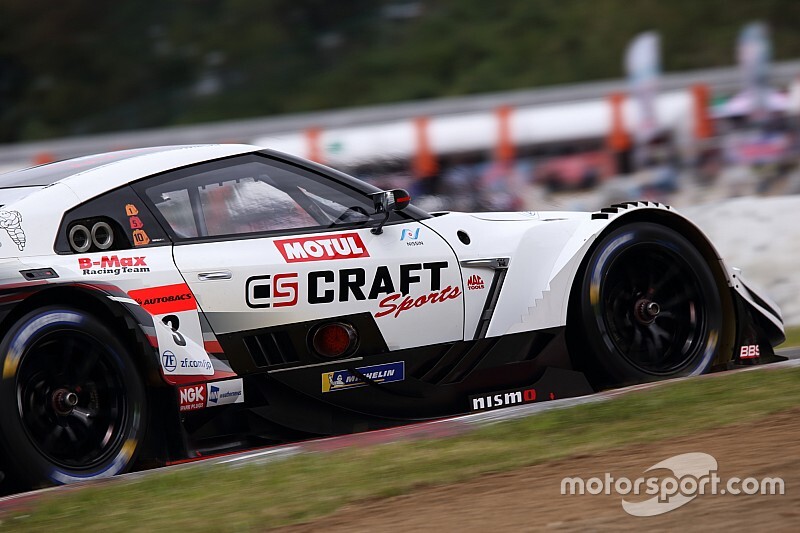 As the race got underway after three laps behind the safety car, front-row starter Button immediately sprinted past pole-sitter Koudai Tsukakoshi into Turn 1, aided by Real Racing’s ill-judged decision to start on slick tyres.

Button was followed by the TOM’S Lexus of Nick Cassidy and the two drivers initially ran nose-to-tail, before the Englishman stretched out an advantage that peaked at 10 seconds.

The 2009 Formula 1 champion handed over the Kunimitsu Honda to teammate Yamamoto on lap 36 of 81, nine laps after Cassidy made his stop and passed on the baton to Ryo Hirakawa.

Yamamoto struggled on cold tyres after the pitstop, allowing Hirakawa to rapidly close in on the Japanese driver and overtake him even before he had completed his out lap.

The pass was perfectly timed as the safety car was deployed almost immediately afterwards to allow the Impul Nissan, which had gotten beached at Turn 2, to be retrieved.

At the restart, Hirakawa pulled away from Yamamoto, who appeared to struggle further as the conditions worsened, and started falling down the order.

At the same time, Makowiecki started charging up the pack in the Michelin-shod B-Max Nissan, repassing the NISMO Nissan of Tsugio Matsuda before dispatching the points-leading LeMans Lexus and the struggling Honda of Yamamoto in quick succession.

By lap 53, Makowiecki had Hirakawa in his sights - and on the following lap, the SUPER GT returnee made a brave pass around the outside of Turn 1 to snatch the lead of the race.

From there on, Makowiecki cruised to the finish, scoring a first win for Nissan since last year’s Fuji 500km round.

Ex-Formula 2 race winner Tadasuke Makino likewise thrived in the difficult wet conditions, charging through the field in the second half of the race to finish second in the Nakajima Honda he shares with Narain Karthikeyan.

It marked the first podium finish for the Satoru Nakajima-led team since it won the last running of Suzuka 1000km in 2017.

Hirakawa held on to fourth place in the #37 TOM’S Lexus he shares with Cassidy, albeit over 40 seconds down on race winners Makowiecki and Hirate.

Real Racing Honda duo Tsukakoshi and Bertrand Baguette were next up in fifth, recovering from the costly tyre choice error that left the two towards the back of the pack in the early stages.

Kenta Yamashita and Kazuya Oshima finished sixth in the LeMans Lexus, ensuring they head into the season finale at Motegi with a seven-point lead over Cassidy and Hirakawa.

Autopolis winners Heikki Kovalainen and Yuichi Nakayama finished seventh in the SARD Lexus, while Button and Yamamoto were eventually classified a disappointing eighth after the latter had to come into the pit for a second pitstop. The result means Button and Yamamoto no longer remain in title contention.

The #55 ARTA Honda NSX GT3 of Nirei Fukuzumi and Shinichi Takagi inched closer to the GT300 crown with a convincing victory at Sugo.

Takagi had moved into the lead shortly on the opening green flag lap after passing the pole-sitting #61 Subaru, which had started the race on slick tyres.

He was fortunate to enter the pits moments before the pitlane was closed to recover the stranded GT500 Nissan of Daiki Sasaki, allowing ARTA to complete the pitstop and still allow Fukuzumi to emerge out in front.