After missing out on last year’s SUPER GT GT300 title, Subaru has introduced an all-new car for the 2021 campaign as it aims for its first major championship title since its WRC heyday.

The R&D Sport-run factory Subaru team enjoyed one of its most competitive campaigns in years in 2020, which turned out to be the final year for the venerable ZC6 generation BRZ that was first campaigned in SUPER GT all the way back in 2012.

There were no victories, but there was a pole position, two podium finishes and a best drivers’ championship finish for the squad (fifth) for the BRZ in six years, boosted by the clear step forward made by tyre supplier Dunlop and a broader revival for the series' home-grown JAF GT300 machines relative to their FIA GT3 rivals.

But with the launch of the second-generation ZC8 BRZ road car last year, Subaru took the chance to introduce the new-look model on the racetrack as well, giving the machine its race debut in the season opener at Okayama.

That race didn’t go according to plan – Takuto Iguchi and Hideki Yamauchi qualified 19th and finished 15th, losing time in a crowded pitlane – but next time out at Fuji Speedway the new BRZ showed its potential as Iguchi and Yamauchi took pole and finished a strong second. 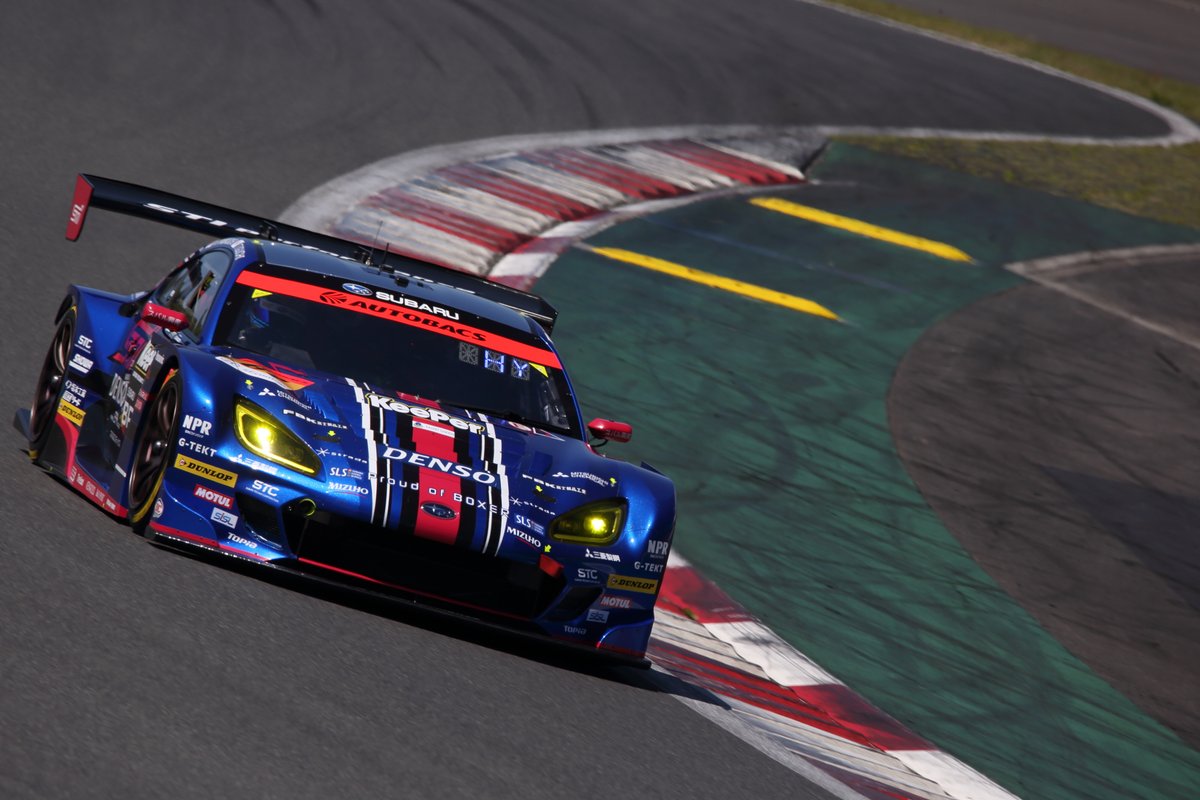 There’s stability on the driver front this year, with Iguchi and Yamauchi staying together at the wheel of the BRZ for a seventh consecutive season, but there’s been a change at the top with Makoto Shibuya being replaced as general manager by Masahiro Ozawa – a former Subaru WRC engineer who later moved to the marque’s Nurburgring 24 Hours project.

Emboldened by last year’s performance, Ozawa feels there’s no reason why Subaru can’t go for the top prize this year with a car he admits isn’t a radical departure from its predecessor.

“Our rivals are strong, and anything can happen, but we’re always aiming for the title,” he told Motorsport.com. “Of course, our objective is to win it with this new car this year.

“Last year’s car was already pretty fast, so this year we tried not to make any huge changes, just the usual development. And when we changed from the Legacy to the BRZ [in 2012], that was a big change, and it didn’t go so well at first. So, to avoid a repeat of that, and because I’m the new team director, I didn’t want to do anything too dramatic.

“We did a lot of testing over the winter to make a consistent car. The base of the car has changed and we’re very pleased with the aero performance.” 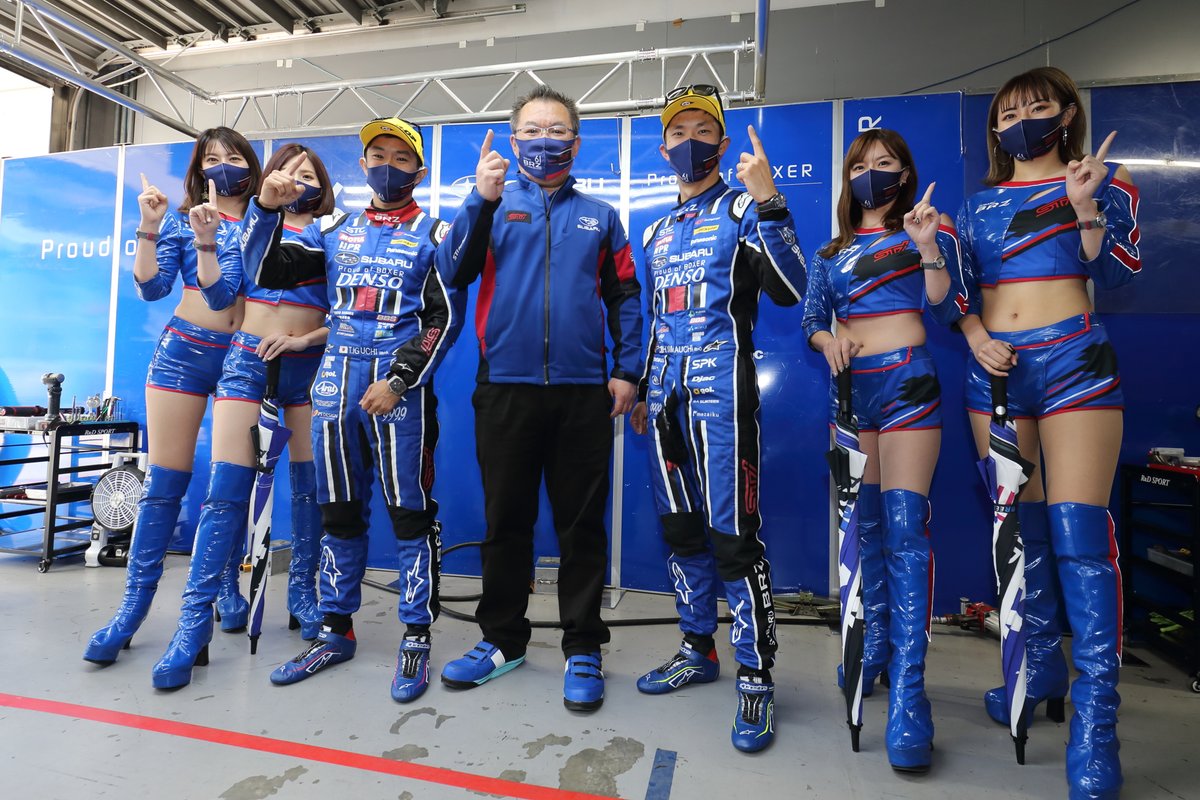 Explaining in more detail some of the changes that were made to the new car, besides the obvious visual changes, Ozawa (pictured above, centre) continues: “The front dampers were a bit off to the side, so we brought them into the centre, and the oil tank was over the head of the driver, so we brought that into the engine bay to get the lowest possible centre of gravity.

“Also, when making the frame, where we needed more ballast, we added that. It was really a case of fine-tuning compared to the previous car.

“The engine is almost the same. Last year we improved a lot the settings of the anti-lag system, which really helped to improve traction. We are still working on the driveability, the small details, so that is really where we are concentrated and it’s working a lot better.”

All that means that the new BRZ – powered by the same family of turbocharged, four-cylinder two-litre boxer engines that took Subaru’s Imprezas to WRC glory all those years ago – is very much still a ‘cornering’ car that should excel on SUPER GT’s twistier circuits.

But effort has also gone into to ensuring the car is stronger in a wide range of conditions after a disappointing run to eighth in the final round of the 2020 season at Fuji.

“Our car is strongest in cornering, so Suzuka, Sugo, Autopolis are all good tracks where we really want to show our potential,” says Ozawa.

“Last year, when we had good results, it was partly because of COVID-19 and a lot of races being concentrated in the summer months, and when it’s hot Dunlop is very strong. But in cold conditions, like in the final race of last year, the performance wasn’t so good.

"For that reason, we concentrated on cold weather and long runs with our testing. With the data we got from the official Fuji test [in March], we were able to adjust the set-up and I think it has worked well. From the start of the season, we’ve had a good feeling.” 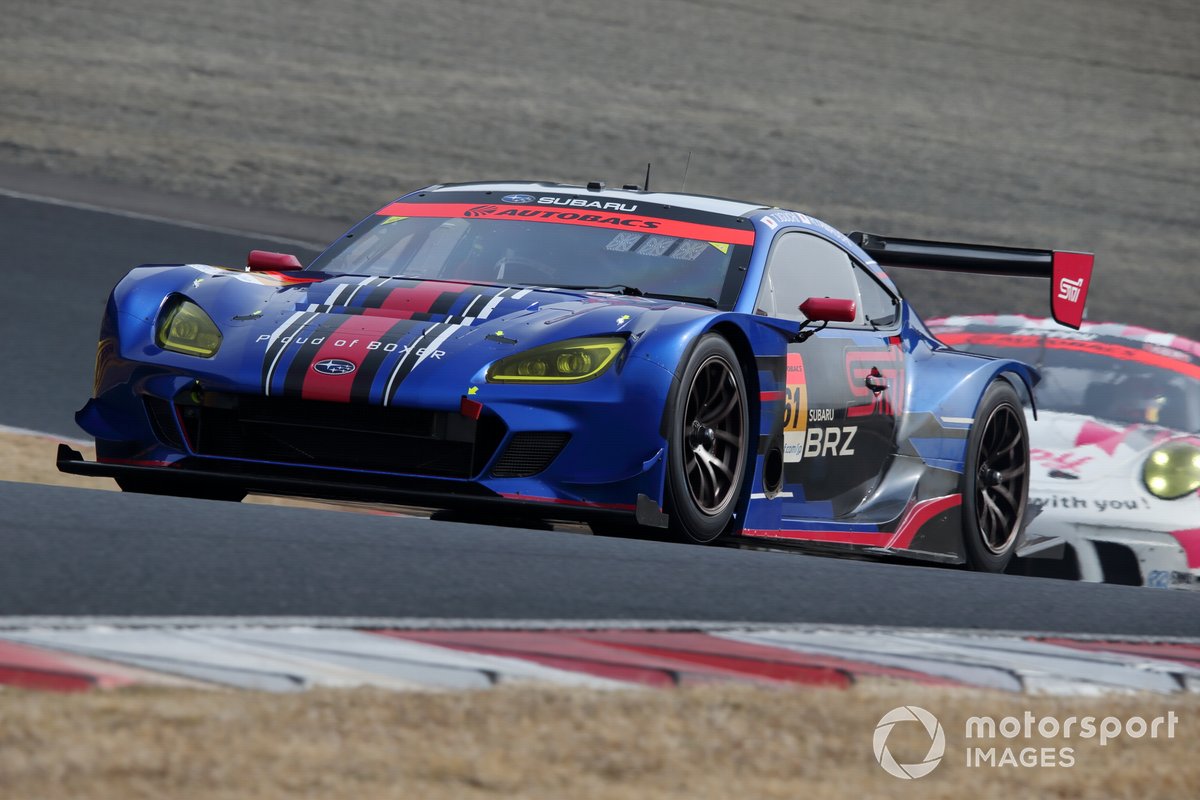 At Fuji in May, the Subaru finished second in class behind the LM Corsa Toyota GR Supra GT300, one of six JAF GT300-rules cars in the class this year and one of three Supras.

The car was supplied to LM Corsa by fellow Toyota team Saitama Toyopet Green Brave, and Ozawa admits that Subaru would be interested in supplying the new BRZ to other teams in future, assuming that the interest is there.

“We’d like to see more [JAF GT300 cars] on the grid,” he says. “For Japanese motorsports it’s important to see more cars made in Japan. It’s not easy to switch [from a GT3 car], but if it was possible to supply cars to other teams, it’s something we would like to do.”

For some years now, Subaru’s factory circuit racing activities have essentially been limited to SUPER GT and a series of one-off outings in the Nurburgring 24 Hours, which have yielded six SP3T class wins between 2011 and 2019. But since last year, the COVID-19 pandemic has put that project on hold, leaving the marque just with its flagship BRZ project.

And while six class wins at the ‘Green Hell’ are nothing to be scoffed at, it must be said they have come against very limited opposition in a class that could count only eight cars in 2019 (and just four the year before that), mostly featuring amateur drivers. 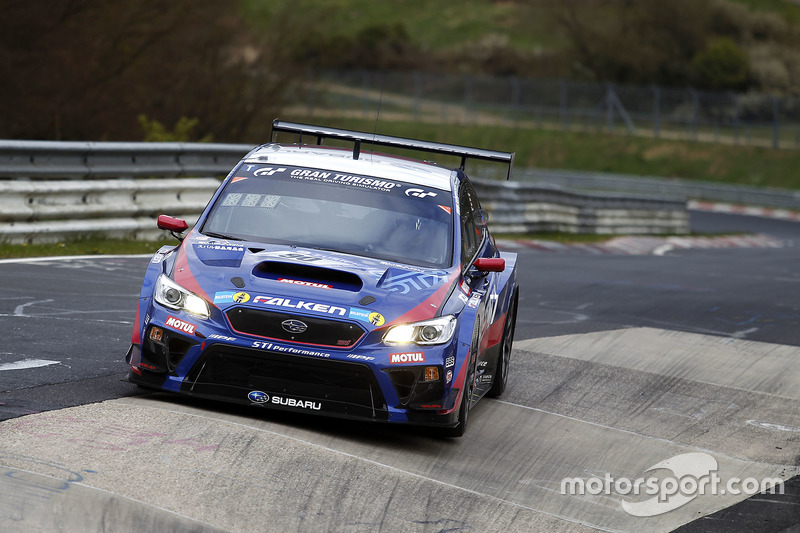 It means Subaru’s last true major achievement in motorsport is the 2003 WRC title taken by Petter Solberg – which came, incidentally, the year before Ozawa joined the team. After 2008, Subaru would withdraw from the series before embarking on its current tie-up with R&D Sport in SUPER GT in 2009.

Since then, there have been occasional race wins, but the project – neither with the Legacy nor the first-generation BRZ – has never yielded a higher championship position than fourth in 12 seasons of trying.

While Ozawa wouldn’t be drawn on comparing the difficulty of winning the WRC title to coming out on top in SUPER GT’s GT300 division, he did say that championship victory in the latter could convince the firm to expand its motorsport horizons in future.

“In GT300 the top 15 cars are all battling hard for the title, so it’s pretty difficult to win it,” said Ozawa. “Of course, I want to do another big global championship, but it’s difficult at the moment. That said, if we can win the title here, it would be a great incentive for Subaru and encourage them to get involved in other championships.”

While a factory return to the WRC anytime soon is hard to envisage, a first SUPER GT title after so many years of trying could be a first step on the path towards a greater motorsport footprint for Subaru in the years to come.