It won't get the same attention as Toyota, Nissan or Honda, but there's another Japanese manufacturer fighting for title glory in SUPER GT's season finale at Fuji Speedway this weekend: Subaru.

For European motorsport fans, the Subaru name is indelibly linked to rallying, with the exploits of heroes like Colin McRae, Richard Burns and Petter Solberg etched into folklore even though the Japanese manufacturer has not competed in the WRC since 2008.

While Subaru does still have a presence in regional-level rallying, notably in the United States, its main focus these days is on circuit racing, with a long-running programme in the Nurburgring 24 Hours (six class wins so far) and in SUPER GT's GT300 class.

From 1998 until 2008, the Cusco Racing squad campaigned an Impreza built to JAF GT300 rules in the championship's lower division with limited success. The project only yielded two wins that came a decade apart, one in its first full season and the other in its last.

Subaru changed tack for 2009, ending its alliance with Cusco in favour of a tie-up with R&D Sport, which itself had largely campaigned Vemac machinery since joining the series in 2001.

With the old saloon Impreza that had provided the base for the firm's WRC icons of yore making way for a new hatchback-shape model, the larger Legacy model was chosen as the basis for an all-wheel drive machine that would contest three races that year. 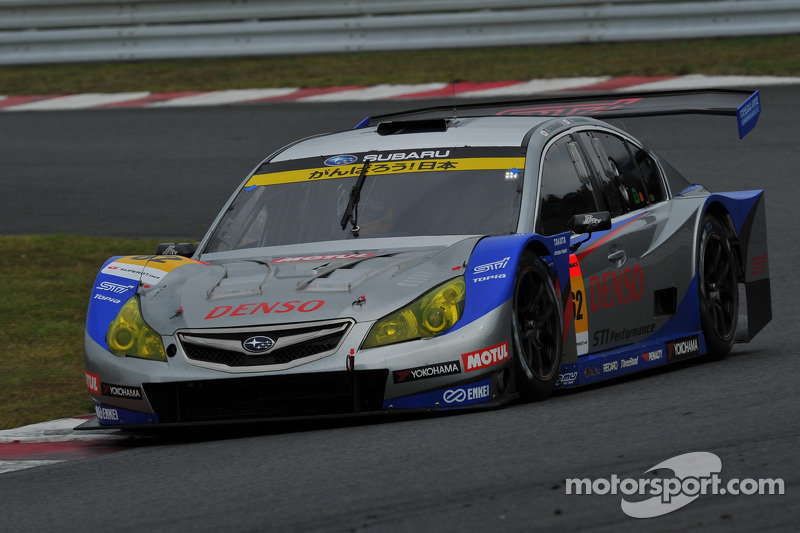 Three wins would follow for the Legacy (by now converted to a more conventional front-engine, rear drive layout) over the next two seasons, with Kota Sasaki and Tetsuya Yamano scoring a best finish of fourth in the standings in 2011.

But the following year, the car was consigned to history in favour of the base model that Subaru still uses to this day, the BRZ that was developed in conjunction with Toyota.

"In GT300, you can’t change anything about the body shape, you have to use the road car," Subaru's SUPER GT general manager Makoto Shibuya told Motorsport.com. "For the Legacy, especially with the A-pillar, aerodynamics-wise it wasn’t the best solution.

"We believed the BRZ was much better for racing. Also, the BRZ is a FR car. The Legacy was a 4WD car, which we had to convert into FR for racing. That’s why we decided to change."

The first season with the BRZ was tough going as Sasaki and Yamano ended up 14th in the standings, but during the 2013 season another key piece of the puzzle was added to the mix, ex-Toyota GT500 man Takuto Iguchi.

Joining the two regular drivers for that year's Suzuka 1000km, Iguchi helped Subaru to its first win with the BRZ before landing a full-time drive with the team next year. In 2015, Hideki Yamauchi moved across from the Gainer Nissan squad to join Subaru, bringing with him valuable knowledge of the Dunlop tyres that the BRZ would start using that year. 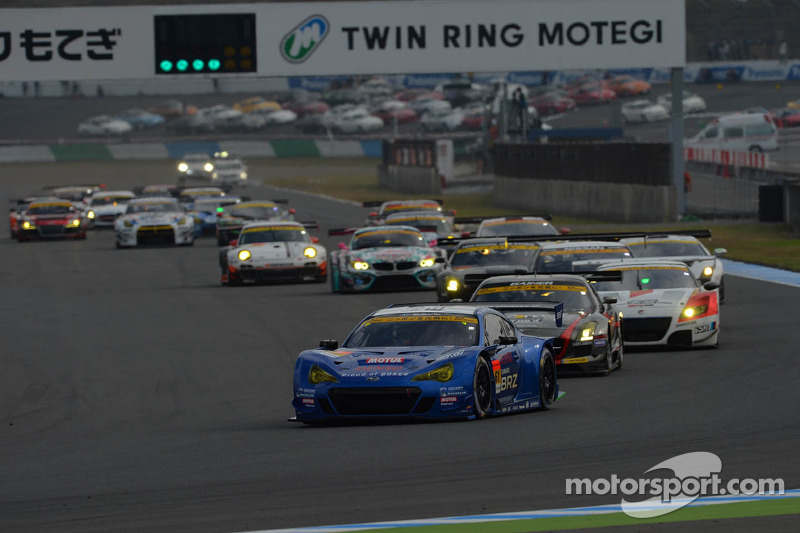 Iguchi and Yamauchi have been with the team ever since, making them the second-longest standing driver pairing on the whole GT300 grid after Goodsmile Racing Mercedes duo Nobuteru Taniguchi and Tatsuya Kataoka (together since 2012, as you ask).

"Iguchi and Yamauchi are very knowledgeable about Subaru, and even outside of racing they like Subaru," said Shibuya. "They fit the image of Subaru, so we believe they are the perfect match for the team. They represent Subaru away from the track."

As well as having the second longest-standing driver pairing, Subaru has - by some distance - the oldest base model in the GT300 class, albeit one that's still competitive thanks to the continual refinements made to the BRZ over that period.

"We’ve been using the BRZ for eight years, but in Subaru’s line-up it’s the only lightweight sports car with the FR layout," said Shibuya. "It's the only car that matches the regulations.

"There is still plenty of room for further development of our car. Every year we’ve modified the car and we’ll continue to do so."

The recently-revealed next-generation BRZ has been slated for a late 2021 release, perhaps signalling the end of the road for the current car in SUPER GT. But for now, Subaru and R&D Sport are keeping the current model competitive against newer JAF GT300 rivals and the FIA GT3-spec cars that have dominated the GT300 division in recent seasons.

The Subaru is one of only four JAF GT300 cars on the grid along with a pair of apr-run Toyota Prius PHV GR Sports and the Toyota GR Supra developed by the Saitama Toyopet squad, while there are a further three 'mother chassis' cars built around the standard Dome chassis. 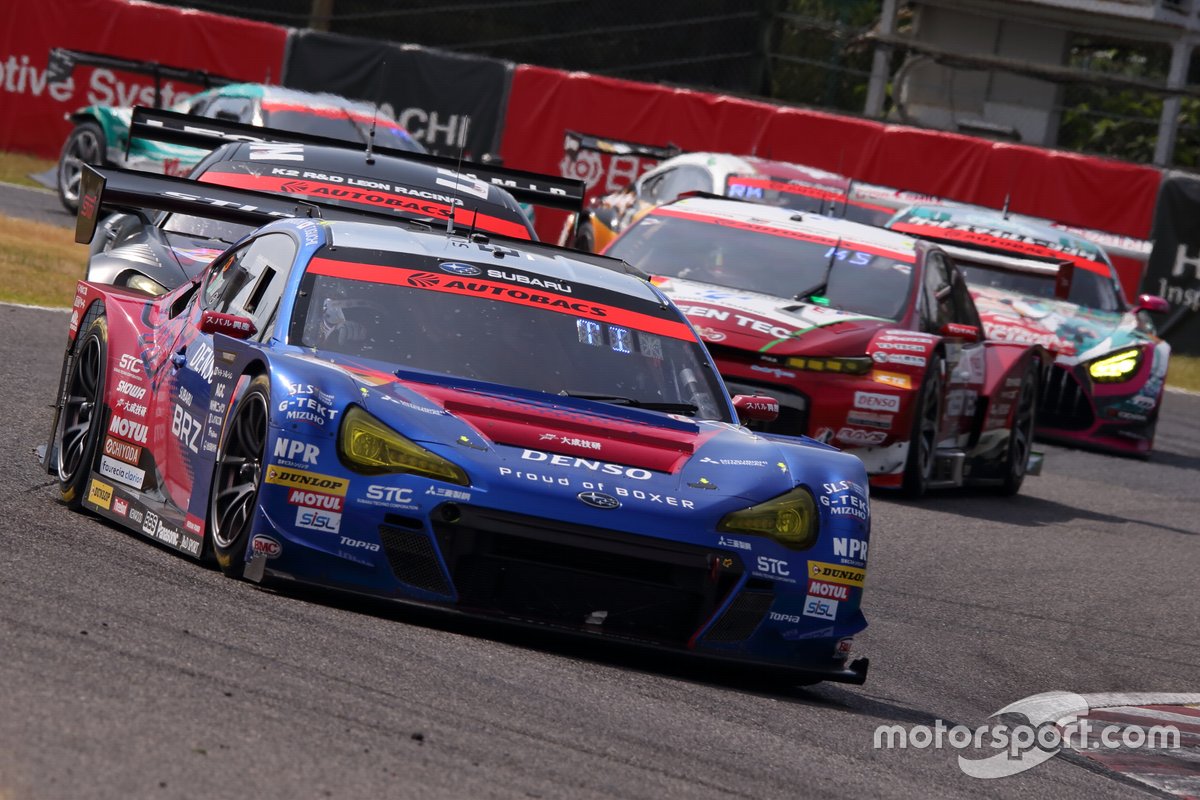 That means there are 23 FIA GT3 cars on the 30-car grid, a situation Shibuya acknowledges is not likely to change soon due to the experience needed to construct and operate a JAF GT300.

"The GT3 cars are made by the international manufacturers, they have a high level of technology," said Shibuya. "But once you homologate them, you can’t touch them.

"Our regulations are more flexible; we can work on the car within the regulations. And this is really what we find enjoyable and challenging, because we can continue to refine the car.

"If you have a lot of money, you can buy a GT3 car, but we like creating it. We would like to see more JAF GT300 and mother chassis cars, because we would have more distinctive cars and we think it’s more interesting that way.

"But to do that, you have to have the know-how, so it depends on who is ready to do it. For those that don’t have it, all they can do is buy a car and race it."

Since joining forces with R&D Sport, Subaru has yet to improve on the fourth in the standings it achieved in 2011 with the Legacy and in 2013 with the BRZ, but this year it goes into the final round of the standings with an outside shot of winning the title.

Arguably Iguchi and Yamauchi should be leading the standings heading into the final round, but the pair have suffered some dreadful luck in the last two races that have left them fifth and 15 points behind Kondo Racing Nissan duo Joao Paulo de Oliveira and Kiyoto Fujinami.

At Suzuka last month, Yamauchi was in a comfortable early lead (despite carrying the maximum 100kg success handicap) only for the safety car to come out before he had chance to hand over to Iguchi, leaving the pair out of the points in 12th. Then, after grabbing pole next time out at Motegi, the exact same thing happened - although this time only a small number of other cars benefitted, leaving Yamauchi and Iguchi fifth in the final reckoning. 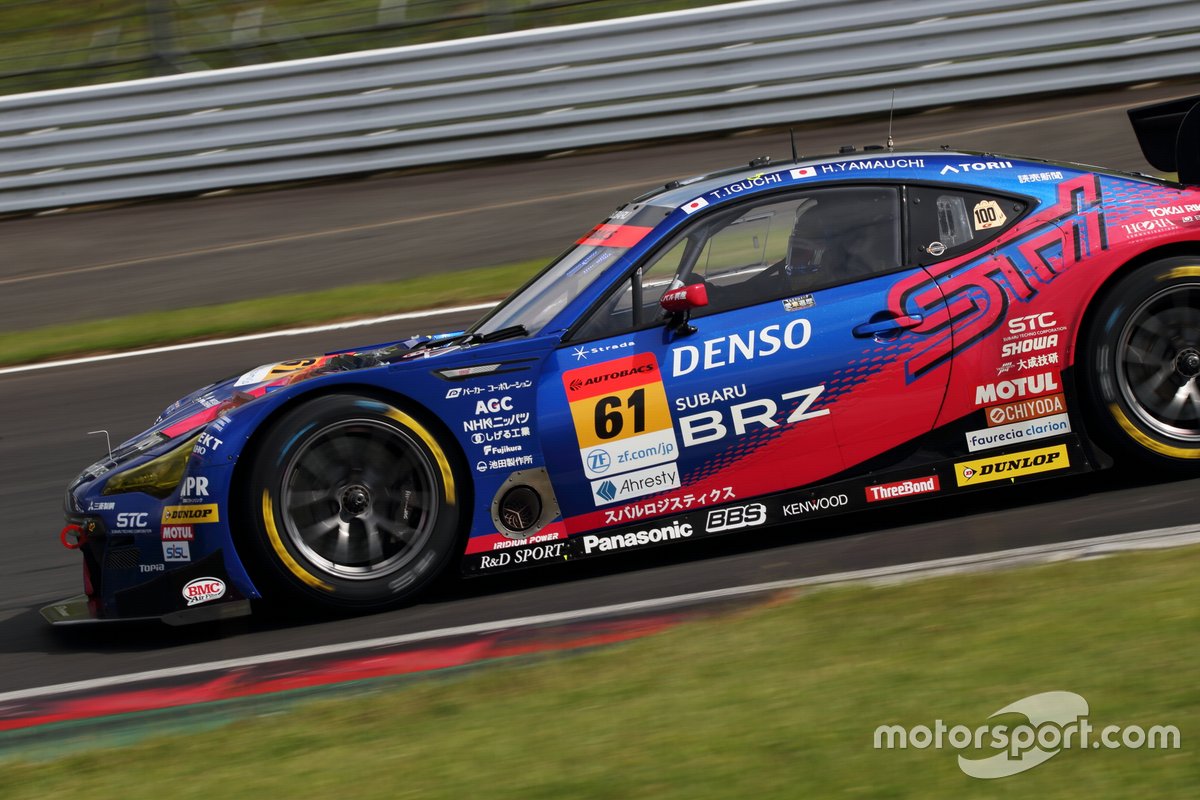 The consistency of the Subaru this year has been much stronger than last year, when Yamauchi and Iguchi laboured to 14th in the standings with just one podium finish to their name.

"Externally the car hasn’t changed much from last year, but inside is almost totally different," said Shibuya of this year's performance. "And the reason is we are really aiming for the championship. The car is better than last year and it matches the Dunlop tyres really well.

"Dunlop made new tyres this year that match our car really well. We’ve been with Dunlop a long time, and due to our relationship we can show our best potential together. I think we are ready to win the championship this year."

If Yamauchi and Iguchi were to turn around the daunting 15-point deficit this weekend at Fuji, it would not only give Subaru its first-ever GT300 title but also signify the first title win for a team running a JAF GT300 car since Mugen did so in 2013 with the Honda CR-Z.

And Shibuya is also keen to highlight another thing - that the BRZ is running with the smallest engine, a two-litre four cylinder motor based on the old engine from the WRC Impreza - in the class, up against GT3 machinery with ostensibly more impressive motors.

"The engine is the same base engine that we used in the WRC, in the good old days," he said. "It’s a two-litre engine, and it’s the smallest engine in the GT300 class.

"We’re up against cars like the Mercedes-AMG GT3 with 6.2-litre engines. So it would be a big achievement if the smallest engine in the field could win the championship."

Pulling off the title this year would require a healthy dose of luck this weekend, but given the performances of the team across the season and the events of the last two races, such a dash of fortune would be no less than Subaru and its drivers deserve. 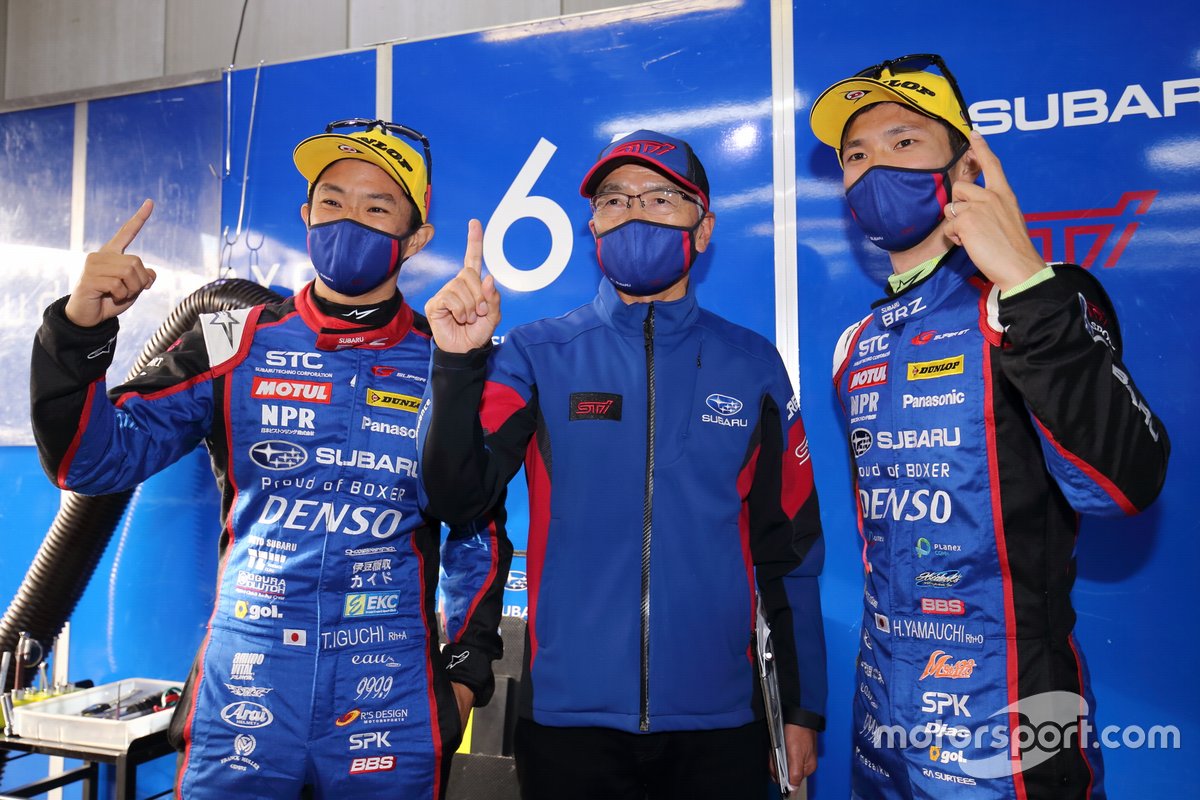