The #17 Honda NSX-GT shared by Tsukakoshi and Nobuharu Matsushita appeared well-placed to score a first victory of the season in the latter stages of the 450km Suzuka race, as a perfectly-timed safety car on lap 49 of 77 vaulted Tsukakoshi to the head of the field.

However, Tsukakoshi's pace tailed off dramatically with around seven laps remaining, allowing the Impul Nissan of Kazuki Hiramine to close in rapidly and ultimately pass for the lead on lap 75.

Tsukakoshi was able to barely cling on to second place ahead of the SARD Toyota and NDDP Racing Nissan to put he and Matsushita equal-second in the championship with three rounds to go.

Real Racing chief engineer Yasuhiro Tasuka explained post-race that a refuelling problem during the car's second stop on lap 48, one lap before the safety car came out, meant only around two-thirds of the amount of fuel planned actually made its way on board the #17 car.

However, the safety car and a later full-course yellow helped Tsukakoshi conserve enough fuel to keep hold of second.

"Even though we were very careful, we had this kind of problem, so we need to properly investigate the cause."

While the safety car worked out well for Real Racing, another Honda squad, Team Mugen, lost a clear shot at victory by virtue of not getting its second mandatory refuelling stop cleared before the caution.

That left the Red Bull-sponsored car shared by Toshiki Oyu and Ukyo Sasahara, which had started third and led for some 28 laps in the hands of Oyu, a lowly sixth place at the finish. 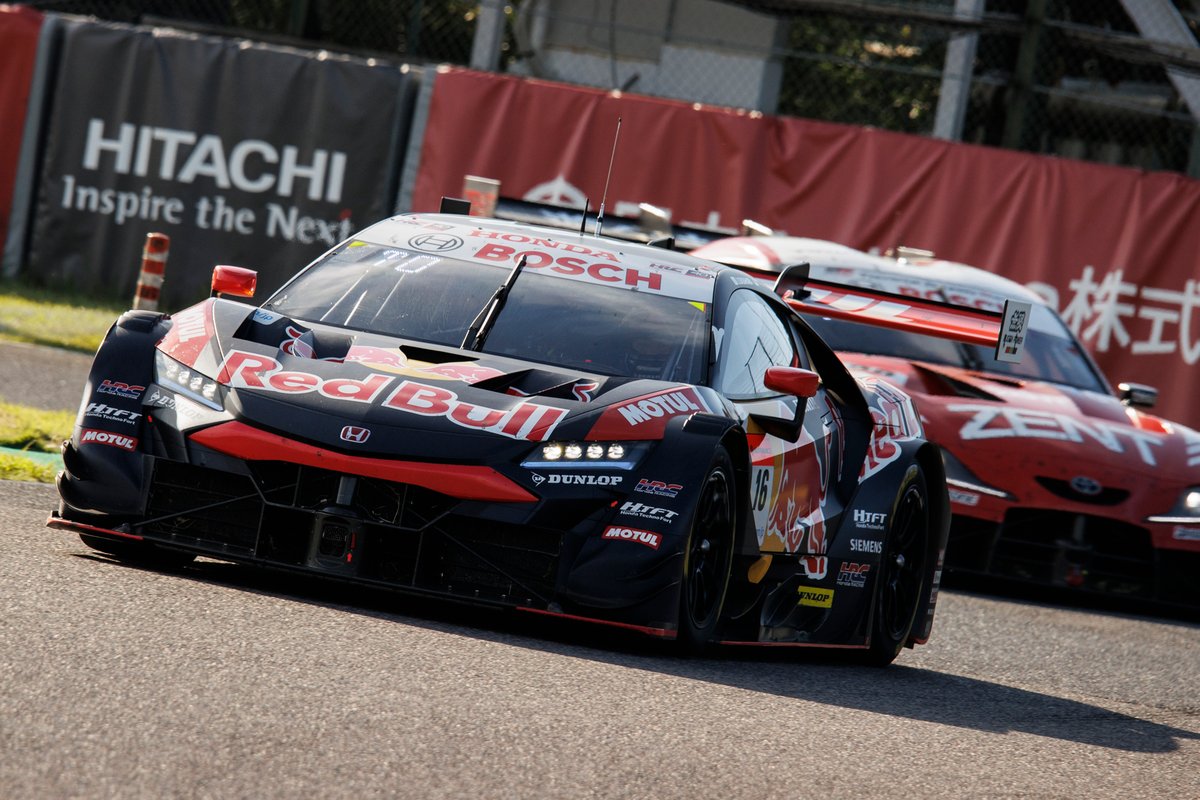 Speaking to Motorsport.com's Japanese edition, a visibly dejected Oyu said that a first Mugen win for 20 years - and a first for tyre supplier Dunlop in five years - was on the cards before the safety car.

"We had some ups and downs with the pace, but I was confident we could win," Oyu said. "We didn’t make any mistakes, the car was working well… if we could have had just one more piece of luck…

"I don’t like thinking about ‘what-if’, but… there’s not much more to say.

"But the fact we were able to battle at the front for so long, it makes me feel like the tyres are improving, and we are definitely making steps forward."