With one of the eldest pairings in the SUPER GT field in its factory NISMO car, Nissan is overdue for some fresh young talent. But Jamie Klein thinks that one driver in particular would be the ideal fit for a future place in the #23 line-up.

Nissan may be about to re-establish itself as a major player in the GT500 championship fight this year with the introduction of the all-new Z base model, but sooner or later the Yokohama marque is going to have to confront another issue: its ageing roster of drivers.

Barring any major surprises, Nissan is set to have three of the four eldest driver pairings on the grid in SUPER GT’s top class this year. The very oldest remains Cerumo Toyota duo Yuji Tachikawa and Hiroaki Ishiura (combined age of 86), but long-time NISMO pairing Ronnie Quintarelli and Tsugio Matsuda (84) are not far behind.

Then we have NDDP/B-Max duo Kohei Hirate and Katsumasa Chiyo, both now 35 years old for a total of 70, and - assuming that the official announcement goes as expected - Impul will become the fourth-eldest team with the arrival of another 35-year-old, Bertrand Baguette, alongside Kazuki Hiramine, who recently celebrated his 30th birthday.

The first problem Nissan is likely to face is what to do with its flagship NISMO line-up. Both Quintarelli and Matsuda turn 43 this year, and realistically only have a handful of seasons left close to the peak of their powers. Sooner or later, both will need replacing, although preferably not at the same time. 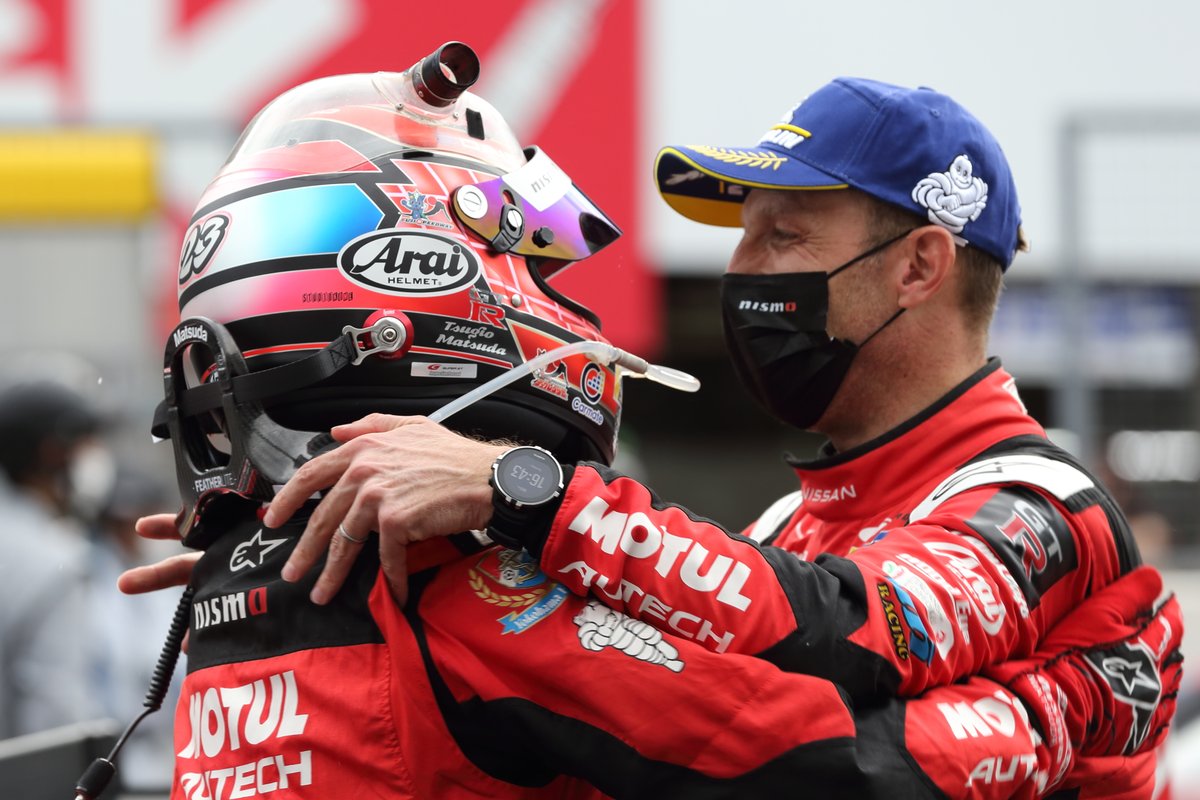 For Matsuda, there’s a clear precedent. The two-time champion is now a year older than Satoshi Motoyama was when he was shuffled from the #23 NISMO machine over to the sister MOLA car at the end of 2012, and it stands to reason that Matsuda - entering his 22nd full season in GT500 and his 17th as a Nissan driver - would likely be offered the chance to see out his career at B-Max/NDDP.

The obvious replacement is Hirate, who, while hardly a spring chicken himself, has the hunger to win a title for Nissan after being unceremoniously dumped by Toyota back in 2017, has already worked extensively alongside Quintarelli in testing and knows the Michelin tyre well. Like Matsuda, he usually does the second stint of a race too.

What to do about Quintarelli when the Italian finally decides to hang up his helmet is less clear. But if Nissan wants to maintain an international presence in its flagship factory car (and that has pretty much been the case since Erik Comas joined NISMO in 1997), then options are fairly limited, especially in the era of the coronavirus pandemic.

New Impul recruit Baguette, of course, would be an option, having established himself as a proven title contender in three seasons driving for Honda squad Real Racing. But there’s an arguably better long-term option that Nissan could opt to pursue instead: Sacha Fenestraz. 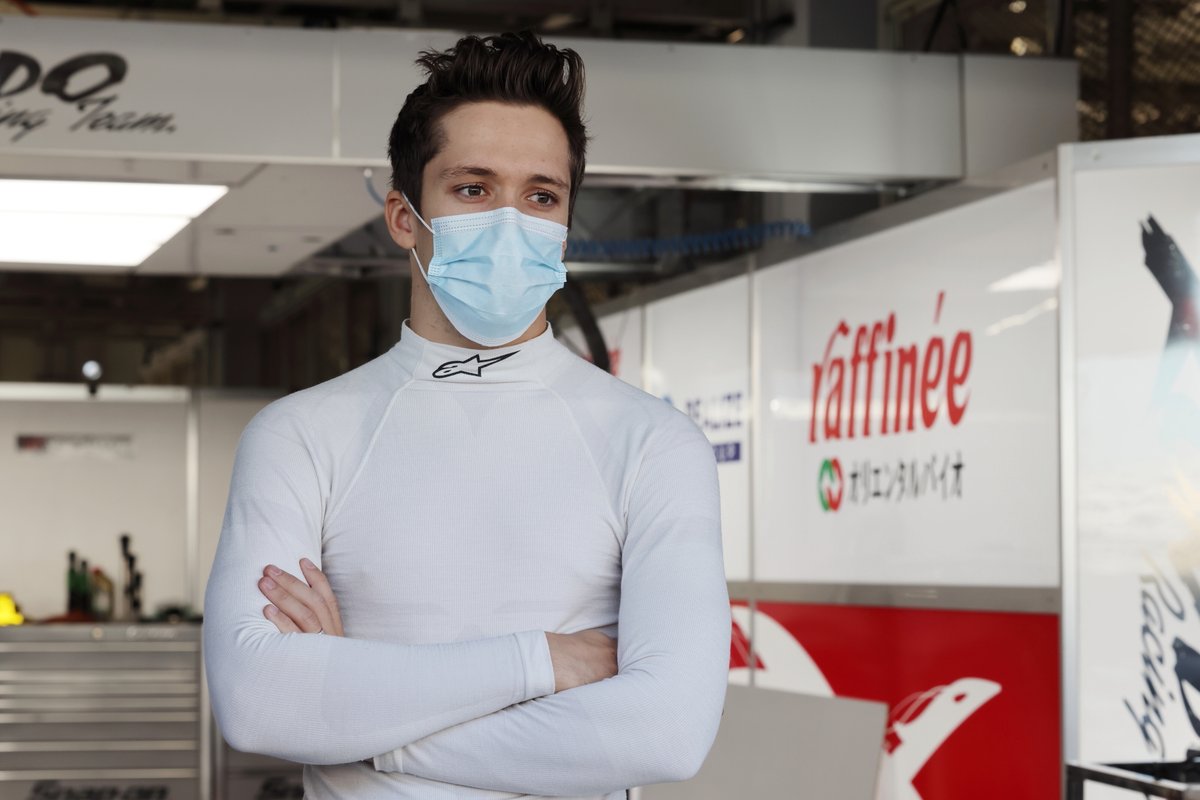 Now, that may seem like an outlandish suggestion when Fenestraz is an established part of the Toyota GT500 set-up. But there are many reasons why the Franco-Argentine youngster would be the logical heir to Quintarelli.

Unlike Baguette, whose wife and young son live in Belgium, Fenestraz is based permanently in Japan, and while it would be a stretch to say he is fluent in Japanese, since becoming a factory Toyota driver he has made a serious effort to learn the language (his fourth after French, Spanish and English) and is young enough to master it - a major advantage when it comes to communicating with any Japanese team, but especially NISMO.

Equally, being a native Francophone puts him in the ideal situation to continue to cultivate the strong Nissan-Michelin relationship to which Quintarelli has been so integral. And, much like the four-time champion in recent years, Fenestraz has always done the opening stint.

In just 11 starts, Fenestraz has already proven his speed, and while there are still some rough edges to smooth, such is Toyota’s faith in him that he has been named the first driver for the #37 TOM’S squad this year as part of the youngest line-up on the grid alongside Ritomo Miyata (combined age of 44). As he gains experience, he’s only going to get better. 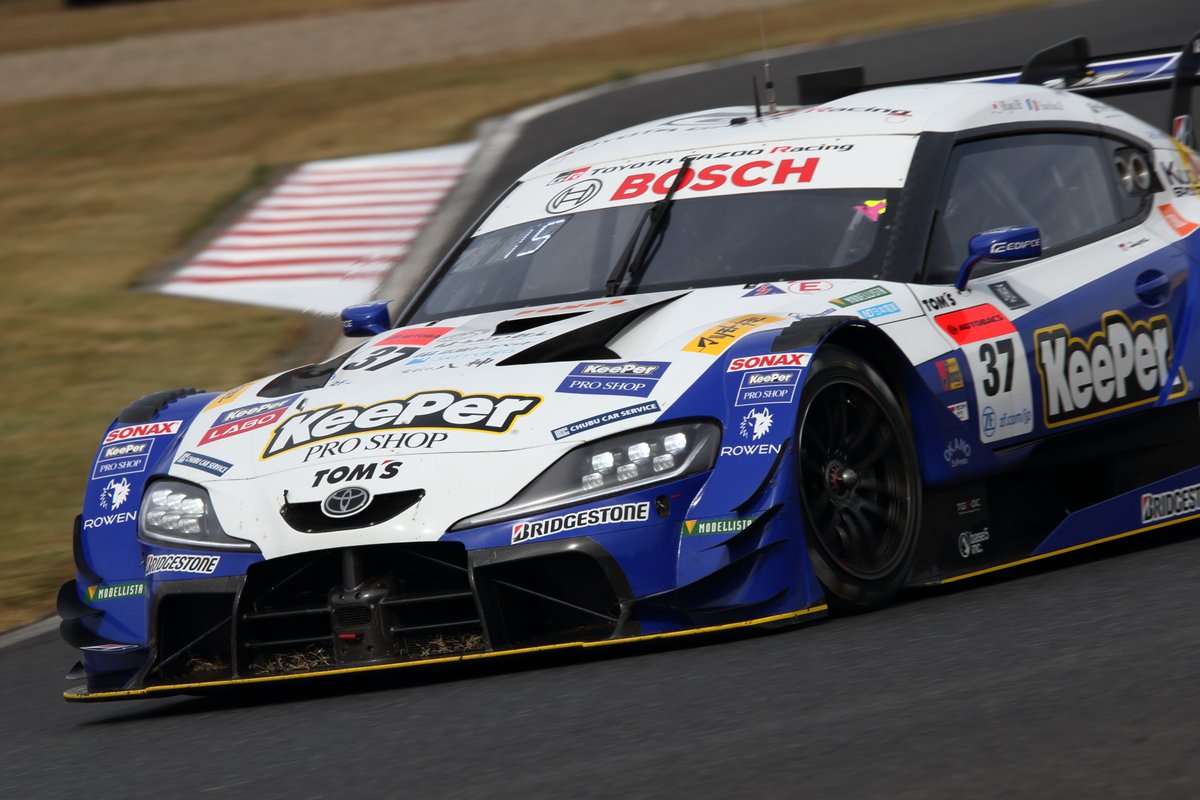 So, if Fenestraz is the man Nissan should target, the question becomes whether the 22-year-old would entertain such a move. Based on the marque’s competitiveness relative to Toyota in the last two seasons, you would have to assume not, but that could all change with the Z this year and Toyota’s potential shift to a different philosophy with the GR Supra.

Then there’s the fact that Toyota has hitched itself firmly to the Giuliano Alesi bandwagon by handing the son of Formula 1 cult hero Jean a seat in what will be the #1 TOM’S car this year alongside Sho Tsuboi, in the process shunting Yuhi Sekiguchi over to SARD.

Alesi and Fenestraz both have French passports, are roughly the same age and have broadly similar single-seater backgrounds; Alesi was part of the Ferrari young driver scheme, while Fenestraz was, prior to his move to Japan in 2019, a Renault protege. Whether it’s feasible for TOM’S and Toyota to maintain two such similar drivers in the long-term is questionable - and that’s before you consider Fenestraz being snubbed for a TOM’S drive in Super Formula for this season in favour of Alesi.

Fenestraz, it shouldn’t be forgotten, was a Nissan driver in 2019 when he drove for the Kondo Racing GT300 squad alongside Kazuki Hiramine in the GT300 class, and discussions were held about a move to the top category with the Yokohama marque before Fenestraz finally made the decision to go with Toyota. 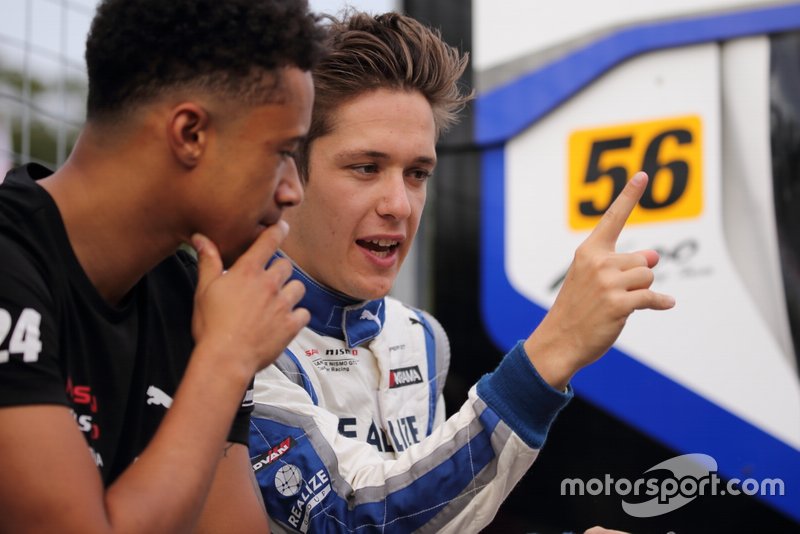 Nobody would say he made the wrong decision at the time, but when it comes to mapping out his long-term future in Japan, perhaps Fenestraz ought to bear in mind that Quintarelli, the most successful driver in GT500 history in terms of championships, likewise started his SUPER GT career at Toyota before crossing the floor to join Nissan in 2008.

Nissan has a long history of poaching drivers from rival marques, and if the Z is a hit, then Fenestraz would be doing himself a disservice if he didn’t at least consider a move that could make him the successor to Quintarelli in the lineage of NISMO SUPER GT legends.