Both Honda and Toyota had to call upon substitute drivers for last weekend's SUPER GT opener at Okayama, but the drivers they chose put in contrasting performances - with interesting implications for this year's title battle.

One of the biggest talking points going into the Okayama weekend was how both the #1 Kunimitsu Honda and #37 TOM’S Toyota crews would each fare without one of their regular drivers, with both Tadasuke Makino and Sacha Fenestraz unfortunately absent.

And on the evidence of the events that unfolded on Sunday, one of those teams looks like it’s hardly been affected by the enforced change, while the other must be, privately at least, worrying for its title chances if its usual charge isn’t able to return to action soon.

Fenestraz’s replacement alongside Ryo Hirakawa at TOM'S, Sena Sakaguchi, did a stunning job in what was only his second weekend in a GT500 car, scoring pole and not putting a foot wrong during his opening stint despite intense pressure from Kazuya Oshima's Rookie Racing Toyota.

Only an agonisingly slow pitstop in a crowded pitlane stopped Sakaguchi from being rewarded with the victory that he and Hirakawa deserved.

On the other hand, Hideki Mutoh – standing in for the still-unwell Makino at Kunimitsu – turned in a performance that, to put in bluntly, acted as a reminder of why Honda decided it was time to drop him from its full-time GT500 line-up at the end of last season.

The ex-IndyCar driver can be forgiven for only qualifying 11th given his lack of recent Bridgestone experience and the general poor showing for all the Hondas on Saturday. But dropping to 13th place before handing over to Naoki Yamamoto is less excusable, especially when the other two Bridgestone-shod NSX-GTs were moving forwards at that time. 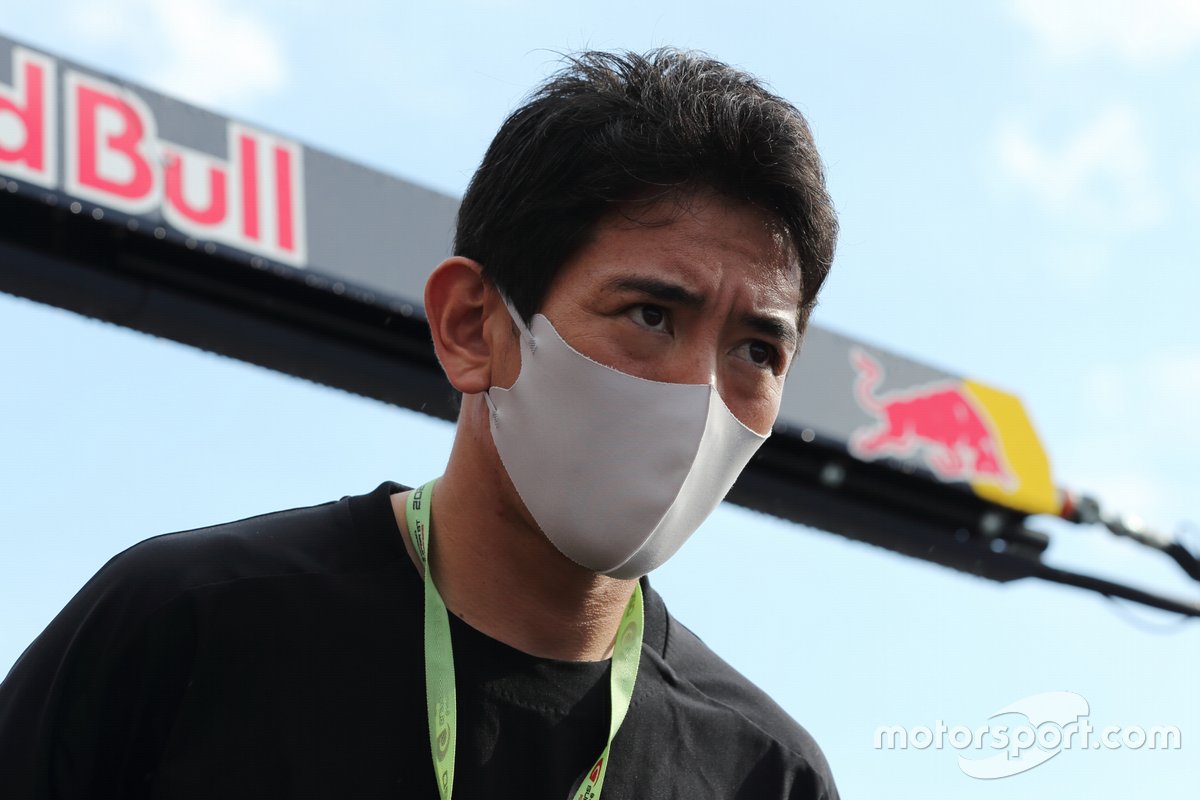 Yamamoto was able to salvage eighth after that, but going by where the Real Racing Honda finished, surely a fifth- or sixth-place finish was in the offing with a stronger first stint.

Mutoh described his stint as “very painful”, while Yamamoto said of his new partner’s efforts in his usual diplomatic style: “Mutoh took the start and dropped some places at the start. After that he got ahead of the #12 car [Impul Nissan] for a moment, but the timing was bad and he was passed again, and then it became a race of endurance for us.”

Makino’s role in Kunimitsu’s title triumph of last shouldn’t be overlooked. Yamamoto may have been at the wheel for that sensational final stint at Fuji Speedway in November that set up the famous last-corner-of-the-last-lap drama, but Makino’s incisive progress in his stint was equally crucial to the team scoring its second title in three seasons.

With the sole exception of the Fuji opener, last year Makino started what was then the #100 car in every race before handing over to Yamamoto for the long slog of the second stint. It was a combination that worked perfectly, and from Round 2 on they never finished lower than fifth, except for when Makino was taken out by Nick Cassidy entering the pitlane at Suzuka.

It was that consistency more than anything else that allowed Yamamoto and Makino to take the title, especially compared to the more fluctuating fortunes of fellow Bridgestone Honda squads Real Racing and ARTA.

Put simply, if Yamamoto still harbours ambitions of adding a third SUPER GT title to his already-bulging resume, he needs Makino to return as soon as possible (preferably at full fitness) or, failing that, for Mutoh to do a significantly better job next time out.

Hirakawa, meanwhile, can breathe a sigh of relief after seeing how rapid Sakaguchi was at Okayama, not only over a lap (which we knew he was capable of) but also over his stint.

In fact, it was easy at times to forget that Sakaguchi was supposed to be driving for the K’Tunes Lexus squad in GT300, and that Fenestraz was stranded outside of Japan unable to take up his hard-earned place as Cassidy’s successor in the #37 Toyota GR Supra.

“I’m so sorry for him because he did a mega job in qualifying and in the race,” said Hirakawa when asked by Motorsport.com for his views on Sakaguchi’s performance. “He kept the position [in his stint], which is amazing. I wanted him to get the win, I’m sorry for him.” 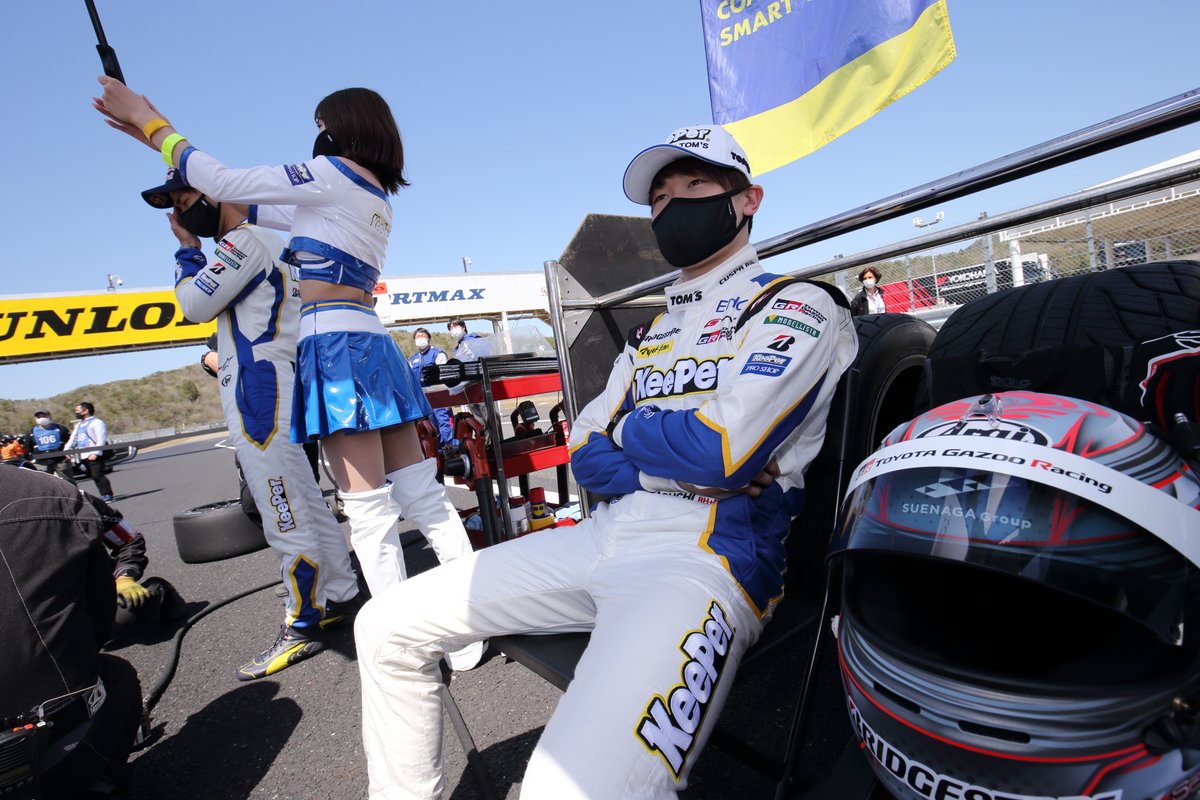 Unfortunately for Fenestraz, the wait to be allowed into Japan shows few signs of ending soon. But Toyota is lucky it had a driver of Sakaguchi’s quality to call upon to replace the Franco-Argentinian. Its decision to give Sakaguchi the chance to replace Heikki Kovalainen for a race last year at Team SARD, instead of calling on an old veteran, now looks inspired.

Honda by contrast was left with a choice between calling up Mutoh, whom it discarded over the winter in favour of GT300 graduate Toshiki Oyu (a decision few would have objected to), or a total rookie such as Ren Sato or Teppei Natori. It didn’t have a youngster already with a decent amount of GT300 experience to call upon as Toyota did with Sakaguchi.

It would have been a brave call for Honda to opt to install a total novice in the #1 car alongside Yamamoto over a perceived safe pair of hands like Mutoh. But the quandary highlights that the Sakura marque’s roster of young talent is looking a bit thin. The HFDP programme that launched the careers of Makino, Oyu and Yuki Tsunoda in Japanese F4 was discontinued at the end of 2019, which has led to a shortage of Honda-affiliated drivers.

Incidentally, Sakaguchi was also a part of the HFDP stable until he was let go at the end of 2018. Toyota spotted the chance to snap up the then-19-year-old and gave him the K’Tunes Lexus GT300 seat alongside Morio Nitta – leading to last weekend’s situation at Okayama.

How Honda must be regretting letting go Sakaguchi now, and those feelings are only likely to intensify as long as Makino remains on the sidelines. Toyota, TOM’S and Hirakawa, while wishing for Fenestraz to be back as soon as possible, are likely to be much more sanguine. 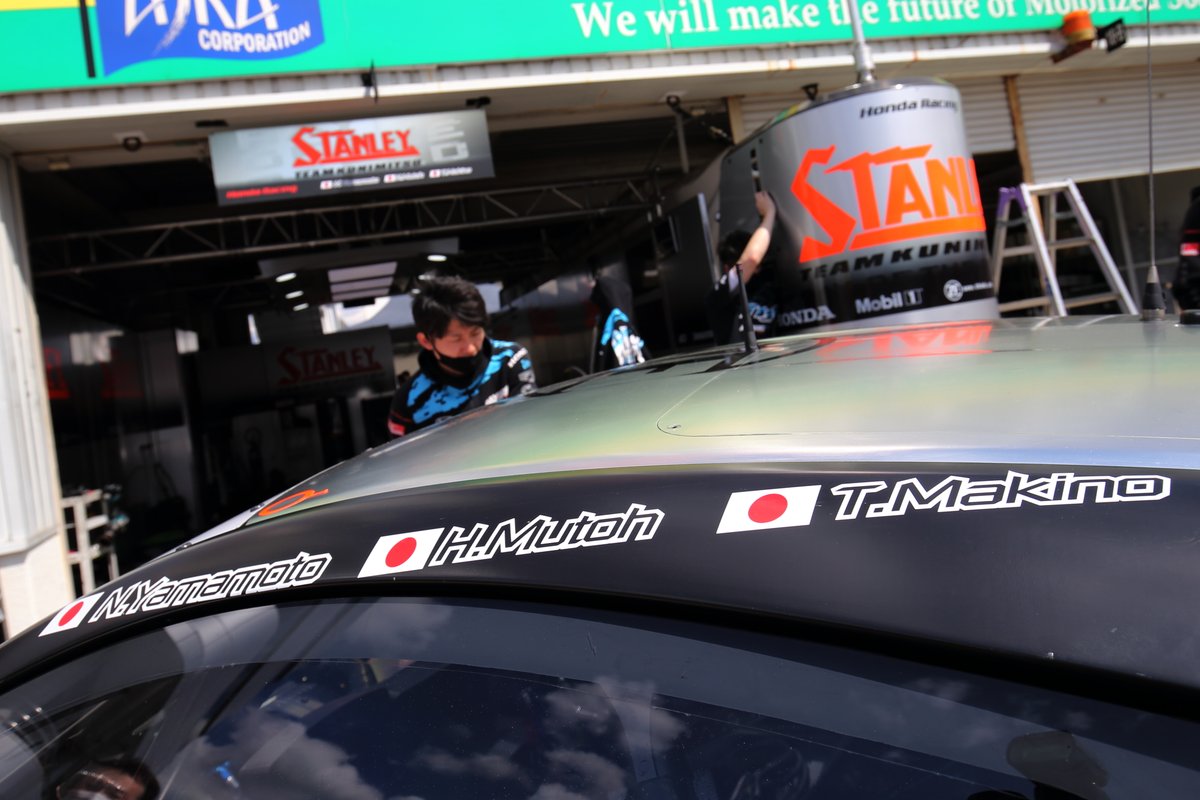