Nissan SUPER GT driver Katsumasa Chiyo says that victory for the NDDP Racing crew at Suzuka is a just "reward" for the team's efforts to rebuild the #3 car after Mitsunori Takaboshi's huge crash at Fuji Speedway.

Chiyo and Takaboshi turned in a dominant performance on Sunday to score Nissan's first SUPER GT win with the new Z, a little over three weeks on from the Fuji crash that left Takaboshi hospitalised.

It came after the #3 machine was completely rebuilt following the accident around a spare chassis and fitted with a fresh engine.

Chiyo, who was at the wheel for the opening stint and took the lead on the opening lap with a brave pass on Yuji Kunimoto's Racing Project Bandoh Toyota at 130R, said he was eager to pay back the NISMO mechanics for their hard work after the events of Fuji.

"In the last race, there was a sense that the #3 car was ‘no more’, and we fought with a new car that the team had built up from scratch," said Chiyo. "So it was a race with special meaning.

"Before qualifying there were some minor troubles, but besides that the car felt great. The drivers can’t do anything without the team around them, so in that sense it’s a real team victory.

"I’m really happy as a driver to be able to reward the team for their efforts with this result, and with that in mind I really pushed every lap in both qualifying and the race. 'Mitsu' [Takaboshi] also did a great job even though he didn't have much time in practice.

"After not winning a race for five years, I was finally able to have this kind of unbelievable race, so I have to thank the team, everyone that worked on the development of the Z and the tyre makers [Michelin]." 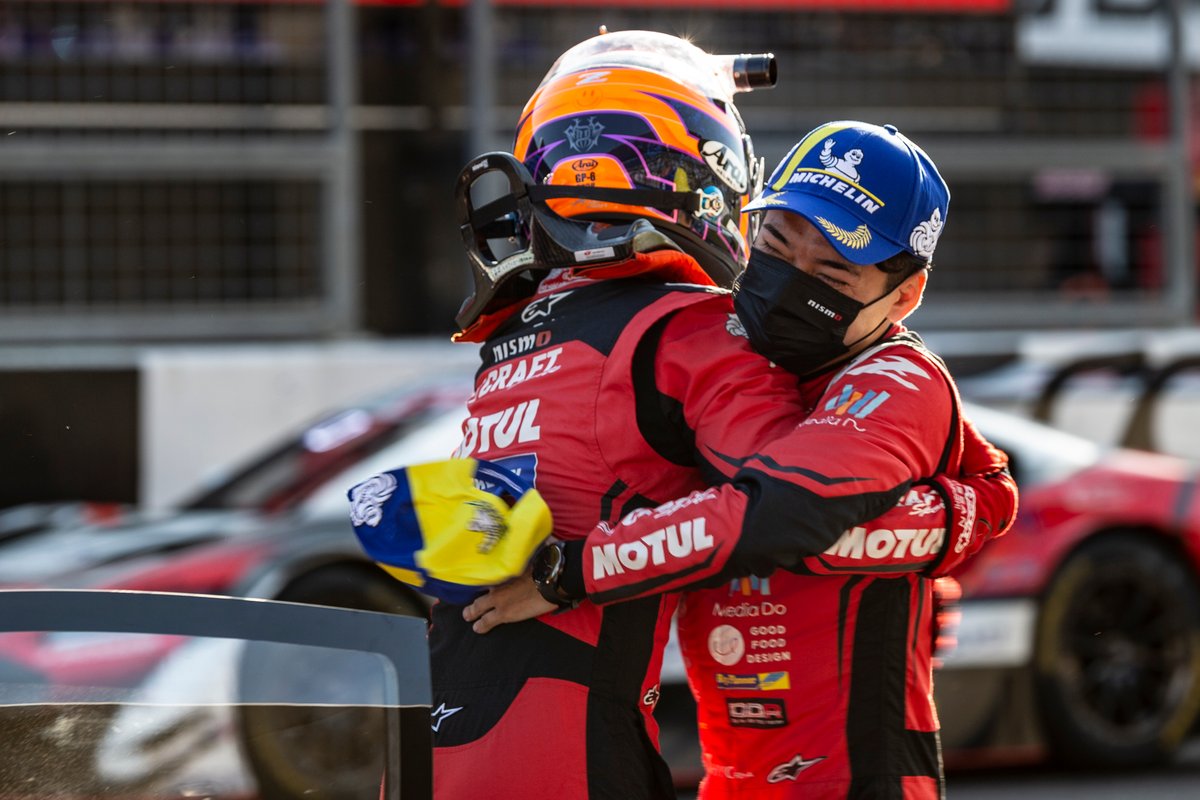 Takaboshi, who took over from Chiyo on lap 21 of 52, added: "I was able to reset my mind for Suzuka after what happened last time [at Fuji], and I wasn't really thinking about it.

"Because of troubles and red flags, I couldn’t run much in practice and there was some anxiety. But I’m really happy we were able to do a near-perfect race."

Takaboshi lost a lead of some 20 seconds when a late safety car period was called, but upon the restart with nine laps remaining he was able to pull away from the Real Racing Honda NSX-GT of Koudai Tsukakoshi with relative ease, helped by the rapid warm-up of his Michelin tyres.

"Honestly, when the safety car came out, I was thinking, ‘crap!’," recalled Takaboshi. "I had a gap of 20 seconds and the race seemed to be in the bag assuming we had no trouble, but I knew the tyre warm-up was good and I had confidence to pull away."

Chiyo and Takaboshi's victory put them in the joint lead of the championship with Rookie Racing Toyota pair Kazuya Oshima and Kenta Yamashita with five races remaining. 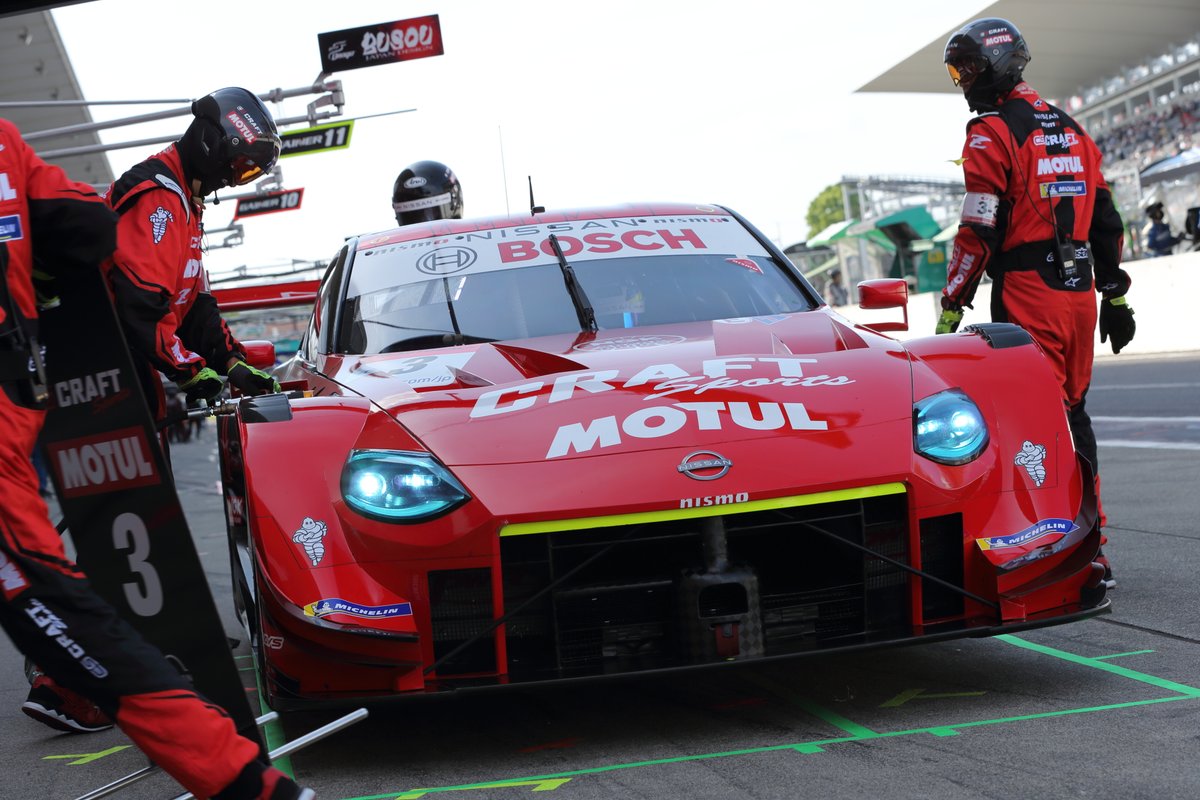 While eager not to downplay the threat from Honda and Toyota, Chiyo feels that he and Takaboshi can be confident of being involved in the title battle come the end of the season with their current form.

"This is the first year for the new Z, and it’s the year everyone in the Nissan camp really wants to get the title," said the 35-year-old. "The team system changed this year and I have a new teammate, but there’s a great atmosphere in the team, and I think this win will make the atmosphere in the team even better.

"Our rivals are strong, so I can’t be overly optimistic, but I think if we can do a good job like this every time, we’ll be in the title battle at the end of the year."