Ronnie Quintarelli has hailed his NISMO Nissan teammate Tsugio Matsuda's performance after their win in Sunday's Suzuka SUPER GT race, calling it Matsuda's best stint since their last title together in 2015.

Quintarelli and Matsuda earned their first victory of the season, and a first in a difficult campaign so far for Nissan, as Matsuda completed a comeback charge after the #23 GT-R lost ground in the pitstop phase.

From third on the grid, Quintarelli held position at the start and was promoted to second when the race-leading Nakajima Racing Honda crashed and brought out the safety car.

However, with the pitstop window opening on lap 18 of 52, several cars were able to undercut the NISMO machine, which was among the last of the GT500 runners to pit on lap 24.

Matsuda ran in second as he left the pits, but on cold tyres he slipped to fourth before fighting his way back ahead of the Mugen Honda and Impul Nissan and then challenging the NDDP/B-Max Nissan of Kohei Hirate that jumped from fourth into the lead after the pitstops.

Closing down a deficit of some four seconds, Matsuda got the move done at the hairpin on lap 41 to lead home an all-Nissan top three.

Quintarelli, who was watching Matsuda's stint unfold from the pitwall, was full of praise of his colleague after the race, saying it reminded him of the last time the NISMO crew won the title six years ago.

"The safety car came out at the start, but after the restart the pace was good, and after the #16 [Mugen Honda] pitted early we were able to run in a clear track," said Quintarelli. "We stayed out on track for six laps longer than the minimum [18 laps], but this turned out to be a mistake.

"When Tsugio went back on track we had dropped down to fourth. It was really frustrating, but Tsugio’s stint in the second half of the race was fantastic. We’ve been together for nine years now, but I haven’t seen him do such an incredible run since the final round at Motegi in 2015." 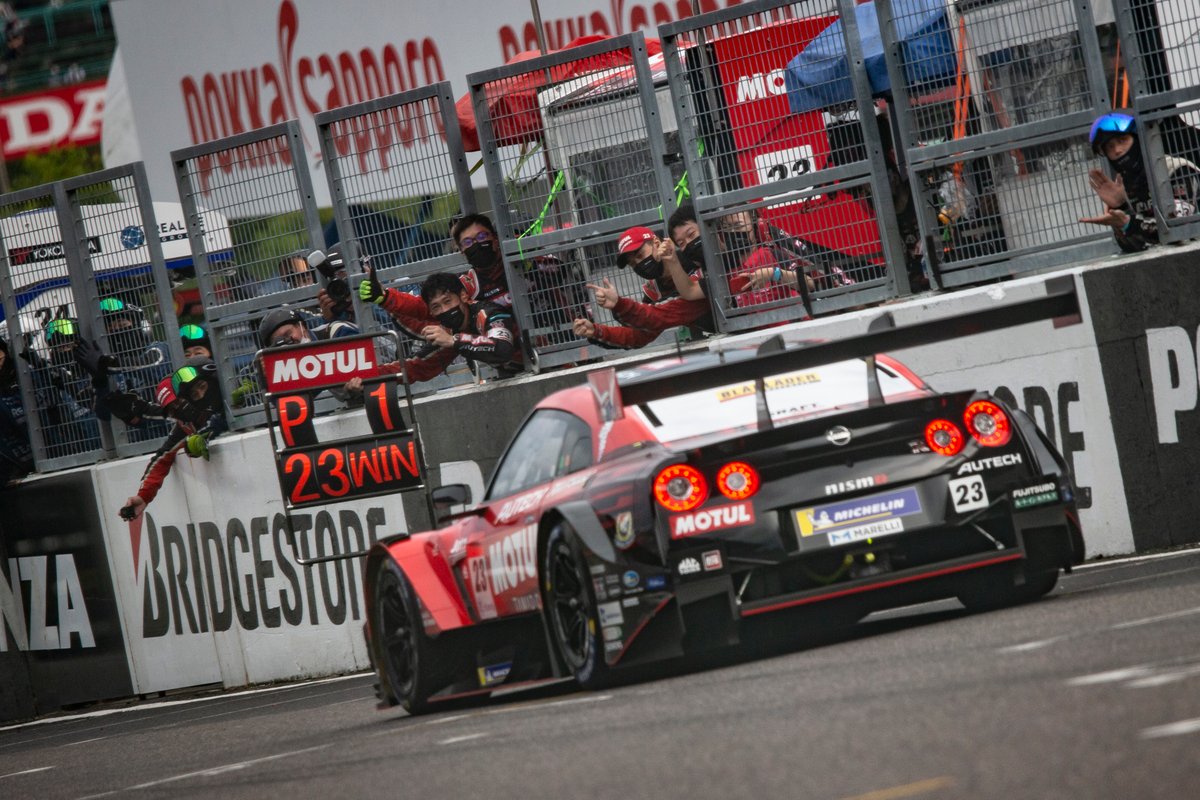 For his part, Matsuda concurred with Quintarelli that NISMO's strategy of staying out late didn't work, and from the moment he took the wheel he pushed to the maximum to make up the lost ground.

"I knew I had to pass [Hirate] before the tyres lost grip, so I thought I had to make my move within 10 laps," recalled Matsuda. "I didn’t care if the tyres were finished, I was just pushing like hell.

"The #3 seemed to be struggling but we were having quite a tough time as well, so the gap was fluctuating. But there was a point that we were able to suddenly close in, so I think it’s because we made the most of that chance."

The win was especially significant for Matsuda, who has achieved the symbolic tally of 23 wins in GT500 - matching his team's car number, which can be pronounced as 'ni-san' (Nissan) in Japanese.

"If I was going to do it, I wanted to achieve my 23rd win in the #23 car at my local circuit," said Matsuda, who was born in Mie Prefecture where Suzuka is located. "I didn’t think I’d be able to score as many wins as my car number.

"Anyway, today I was in the zone. We may be getting older, but together with Ronnie I think we are able to raise each other’s game and we are still getting stronger, and I want to work hard to get even stronger."

B-Max appeared to be a strong position for its first SUPER GT win since the 2019 Sugo round after a strong opening stint for Katsumasa Chiyo, who progressed from seventh on the grid to fourth before pitting on lap 20. 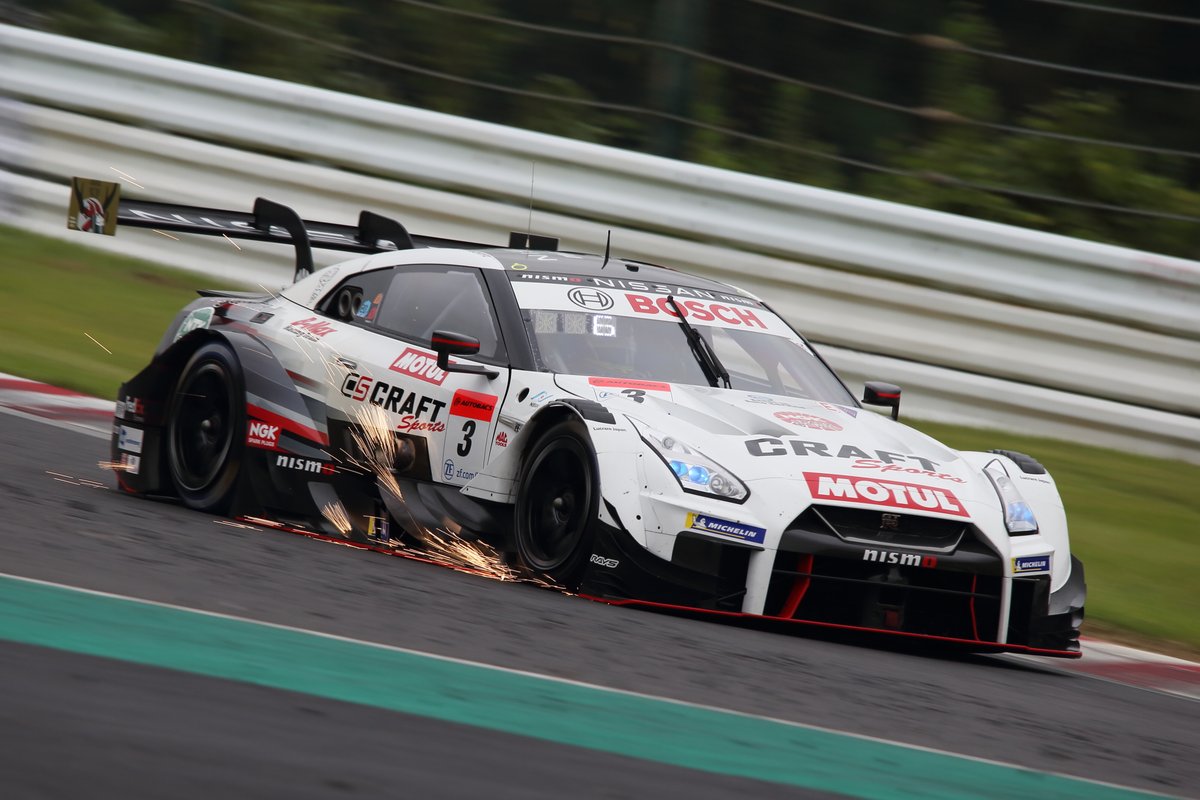 Hirate was then able to dispatch the Mugen Honda early in his stint to take the net lead, but admitted post-race that he may have damaged his tyres and compromised his pace later in the stint.

"Chiyo did a great job at the start and we gained positions, and then team did a great job in the pitstops, so in the second half of the race I was able to start at the front," reflected Hirate.

"I pushed hard on cold tyres and I think I pushed too hard, so towards the end of the race it was quite tough with the front-left. Then the #23 caught up and I couldn’t protect the lead.

"Of course it’s frustrating, but Nissan crews were able to lock out the podium, and we wanted to get at least one good result on the board in the second half of the season. Also, it’s been a year and half I’ve been paired with Chiyo, so to get this kind of result is big for us and the team."

Second place means Hirate and Chiyo remain the best-placed Nissan duo in the drivers' standings in fifth place, 12 points behind series leader Naoki Yamamoto (Kunimitsu Honda). Quintarelli and Matsuda move up to seventh with their victory, a further six points back.