Nissan can no longer afford to qualify poorly in SUPER GT, Ronnie Quintarelli has stated following another disappointing outing in last weekend's third round of the season at Motegi.

Quintarelli and his teammate aboard Nissan's flagship #23 NISMO GT-R, Tsugio Matsuda, arrived at Motegi with high hopes, with two non-finishes in the opening races of the season meaning they carried no success weight.

However, Matsuda was unable to clear Q1, leaving Quintarelli to take the start of the race in 10th, and amid the scorching heat the duo could only recover a single position to finish ninth.

The #23 car spent much of the race stuck behind other cars, trailing the #8 ARTA Honda in the opening stint and then joining the queue that formed behind Nissan's top finisher at Motegi, the NDDP/B-Max machine that finished sixth, in the latter stages of the race.

While acknowledging Matsuda didn't have a perfect qualifying lap, Quintarelli said that with the GT500 field so tightly packed it's no longer realistic for Nissan to rely on making up ground in races from poor grid slots.

"Our expectations were quite high for Motegi with no weight in the car and hot and stable weather," Quintarelli told Motorsport.com. "But since free practice I felt we weren’t competitive enough, that we were simply missing speed.

"In the race I expected some cars would suffer from tyre degradation but in the end everyone was quite consistent. The cars in front of us had not much handicap weight and the pace was quite similar. And when you start behind, it’s not easy to overtake.

"It was good to at least finish the race, the first time we made the chequered flag this season, but the pace just wasn’t there."

The hot conditions at Motegi, where temperatures reached 34 degrees Celsius, have tended to suit NISMO's Michelin tyres the past, but Quintarelli says that the lesser-fancied tyre makers in the GT500 class, Yokohama and Dunlop, are now stronger competitors than they once were.

"It’s not like in the past, where one manufacturer might have a big advantage in this situation with the high temperatures," the Italian said. "Everyone has improved their weak points and it’s very close. I was expecting the Yokohama and Dunlop cars to have some drop, but they were consistent.

"It means qualifying well is important everywhere. These days it's not easy to recover from behind." 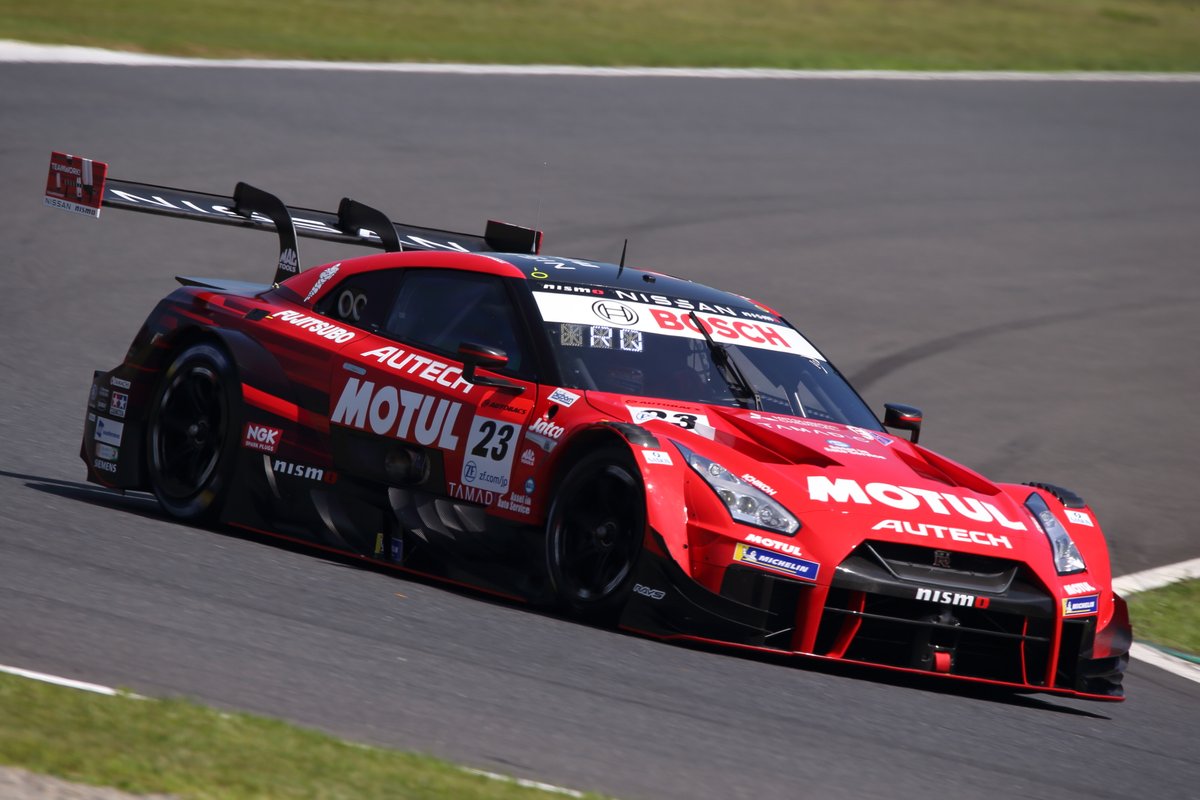 Quintarelli and Matsuda will be hoping for an upturn in fortunes at Suzuka, a track where they won twice last season and that traditionally plays to the strengths of the high-downforce GT-R.

"Now we go to Suzuka with just 4kg of ballast, many faster cars have success ballast, and Suzuka should be better for our car, so let’s see," he said. "But we expected to do well here and the pace was not there.

"It will be important to have a good qualifying like we did last year [in Round 3]. We have to start in the first two rows, then we have a chance. We need to be focussed on that."