Along with teammate Tsugio Matsuda, Quintarelli went into Sunday's race only three points off TOM'S Toyota driver Ryo Hirakawa at the head of the standings, meaning victory would have guaranteed Nissan a first GT500 title for five years.

The race started promisingly as Quintarelli battled his way up from sixth on the grid to lead on the opening lap, helped by Michelin tyres that were quick to switch on in the wintry conditions - allowing him to pull off a sensational triple overtake around the outside at Turn 10.

But the four-time champion was reeled in after just a few laps by poleman Kenta Yamashita in the #37 TOM'S car, and was passed for the lead at the start of the seventh lap.

From there, Quintarelli was powerless to prevent the #23 NISMO car from sliding down the order, and was down to 10th place by the start of the pitstop phase.

Matsuda was unable to make any real progress in his stint and eventually came home a lapped ninth, dropping he and Quintarelli down to sixth in the final standings.

"I was worried about the tyre warm-up, because in the warm-up session it was hard to get any heat in the tyres," Quintarelli told Motorsport.com. "But because we had three formation laps, the tyres got warmer and warmer, and at the start of the race I was confident.

"I felt some grip and straight away from Turn 1 I was on the limit, and it worked well. Of course before the race I was hoping to gain some places and be there to fight with the Toyotas, and it was great to get up to first position.

"For four or five laps the pace was good, then it was a disaster. A lot of degradation, and we had a huge amount of pick-up as well. We were predicting some degradation, the same as Motegi, but with these low track temperatures it was really difficult." 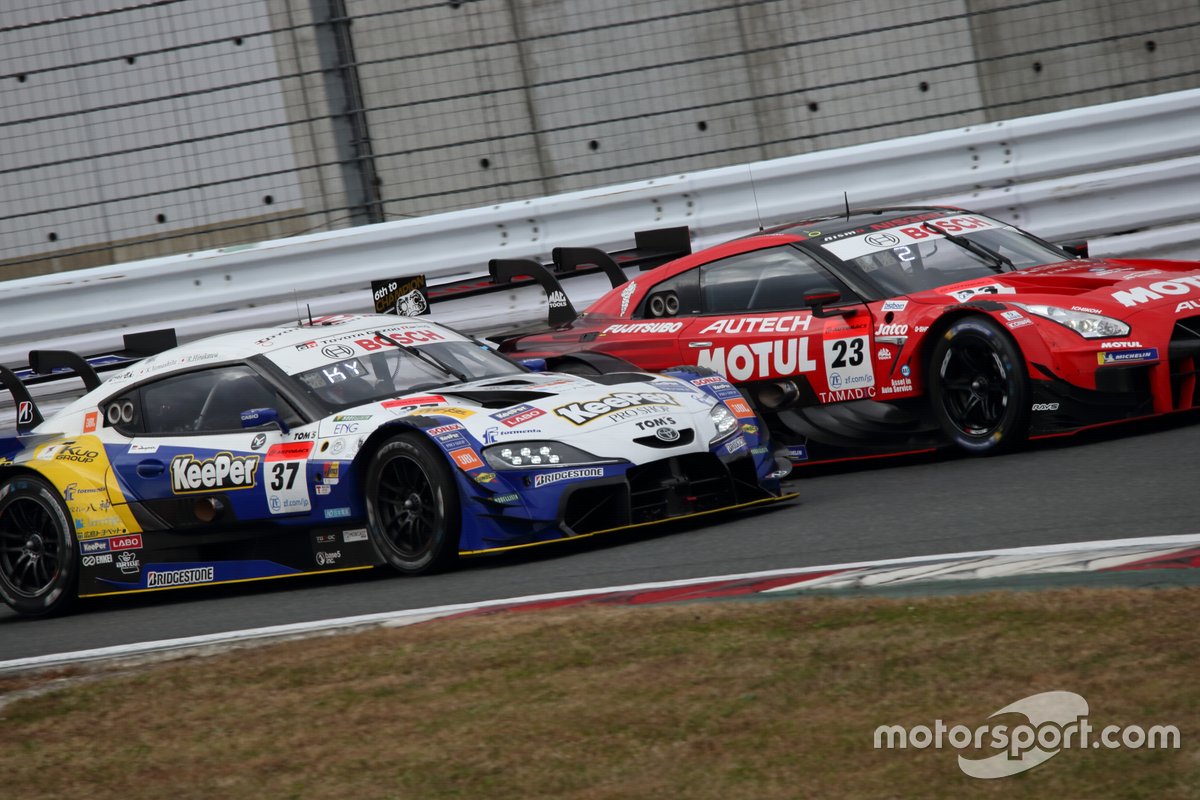 Quintarelli was frequently seen weaving in the latter part of his stint, ostensibly to get temperature in the tyres but also in a bid to deal with tyre pick-up.

He said that moving to a different tyre compound for Matsuda's stint after pitting on lap 22 of 65 failed to have the desired effect, as the #23 car eventually fell off the lead lap.

"When I felt the temperature in the morning I was worried, because it’s a weak point for us," Quintarelli said. "I tried to do everything I could because I wanted to keep the gap [to the leaders] as small as possible. The race is long and you never know what can happen.

"We changed the tyre [compound] in the second stint to have less degradation, but it didn’t work. I was very surprised, because it should have been very consistent with those tyres."

The struggles of the NISMO crew meant that Nissan's best finisher at Fuji was the NDDP/B-Max car, likewise using Michelins, of Katsumasa Chiyo and Kohei Hirate, who finished sixth ahead of the Bridgestone-shod Impul GT-R of Daiki Sasaki and Kazuki Hiramine.