Ronnie Quintarelli says a new spec of Michelin tyre introduced for last weekend's SUPER GT pre-season test at Fuji Speedway has boosted the works Nissan by as much as "a few tenths".

Nissan enjoyed a strong final test of the pre-season at a track where it mostly struggled last year, with Quintarelli setting the pace in the morning session on Saturday and then topping the times overall on Sunday in the NISMO GT-R he shares with Tsugio Matsuda.

It followed a subdued first official test for the NISMO car at Okayama, where Quintarelli and Matsuda ended up 11th and eight tenths off the pace.

While Quintarelli admitted the slightly warmer weather at Fuji was a benefit to the Michelin-shod Nissan, he said that a new tyre brought for the test by the French firm was the main reason for the GT-R's impressive laptimes.

"This was the first time we tested [the new tyres] here," the Italian told Motorsport.com. "After the things we tested in Okayama, there was something working well, something not really working well, and we chose the good way and changed the set-up a bit.

"Last season Fuji was not really our circuit. To show some good improvement at this circuit, it gives us confidence. Compared to last year, the driveability of the engine is better, and we improved that even more for this test.

"I think the fact it’s warmer here than it was in Okayama is helping us a lot, because we had the same tyres that we used in Okayama as a baseline, and with the same spec the pace was better. But also the new tyre from Michelin has been worth a few tenths compared to our baseline." 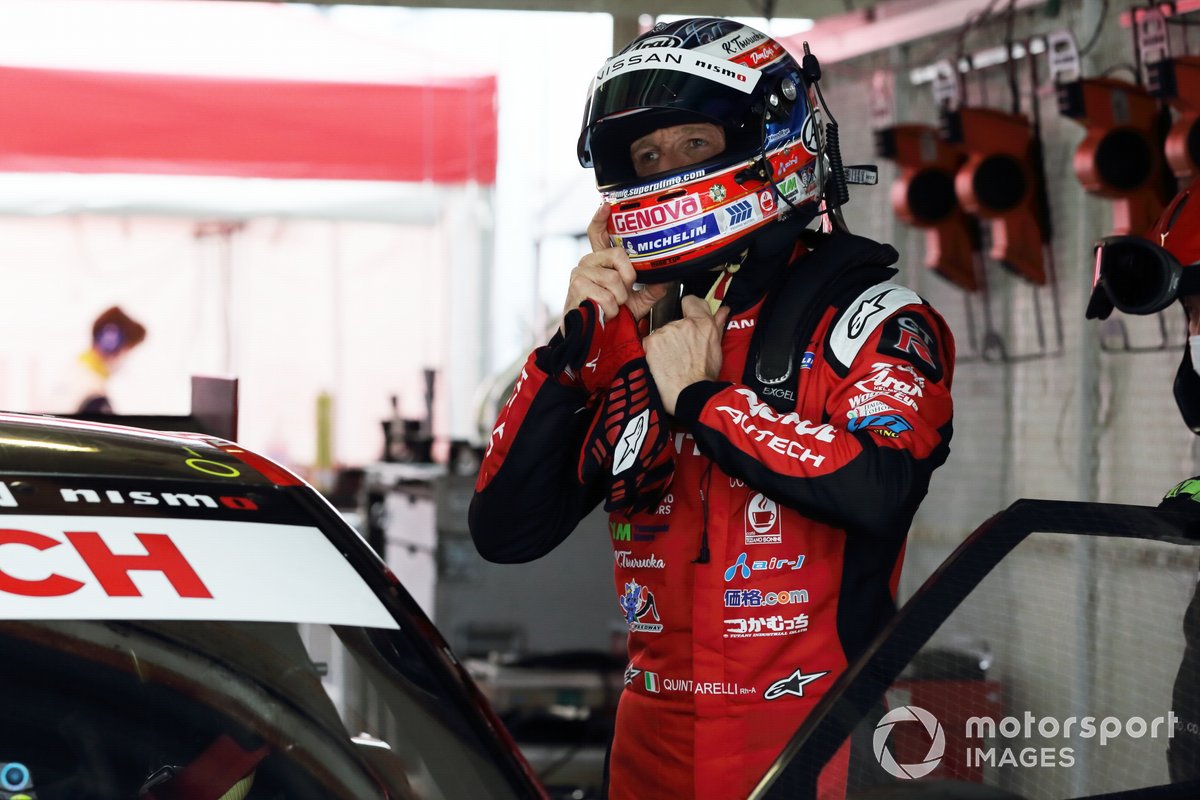 Quintarelli wouldn't be drawn on his targets for next weekend's opening round at Okayama, instead preferring to focus on the 500km race scheduled to take place at Fuji during 'Golden Week' in early May.

"I’m not sure about Okayama, but for me it doesn’t matter too much," said the four-time champion. "The target is to get good points at Fuji [Round 2] and Suzuka [Round 3].

"My main focus is Round 2. This is the best race of the season for me, with so many spectators. So I am already thinking about this!

"Honestly I’m not so confident for Okayama, also because the restrictor [as part of the special Balance of Performance] changes the engine character a bit. But if you get a lot of points there, maybe you will struggle at Fuji [with the success handicap]."

The other Michelin user in the GT500 class, the NDDP/B-Max Racing Nissan of Katsumasa Chiyo and Kohei Hirate, had a more troubled test after Hirate was hit by a GT300 class Audi during Saturday's morning session - ruling the team out of the rest of the day.