Honda SUPER GT driver Ukyo Sasahara says he felt like "a boxer taking blow after blow" in last weekend's Suzuka race as the Mugen NSX-GT plummeted from the lead of the race to ninth.

The #16 Mugen Honda shared by Sasahara and Toshiki Oyu qualified second on Saturday, albeit with Oyu missing out on pole to the similarly Dunlop-shod Nakajima Racing NSX-GT of Takuya Izawa.

Oyu ran second in the early stages of the race and inherited the lead when Izawa crashed out at the final chicane, but once the race resumed after a safety car period the Red Bull-liveried car couldn't pull away.

Sasahara took over at the wheel after Oyu pitted at the end of lap 20 of 52, but he was soon passed by the #3 NDDP/B-Max Nissan of Kohei Hirate for the net lead and proceeded to slide down the order over the course of the stint as he struggled to get his Dunlop rubber working properly.

He finally brought home the car in a disappointing ninth place, 47 seconds down on the winning NISMO Nissan GT-R.

"The best I could do was just stay on track," Sasahara told Motorsport.com's Japanese edition. "The tyres were already not in good shape in the first stint and we had to pit almost at the minimum [lap 18].

"We were helped by the safety car and somehow we could stay at the top, but we had to use a different tyre [compound] for the second stint, but they hadn’t been scrubbed and the warm-up lap was awful.

"In the second half of the race, the matching [of the tyre to the conditions] got even worse. There was nothing I could do except hope it would get better, but it just got worse. I could barely pass the GT300 cars in the corners, and if I lost control even a little, it was so on the limit I would almost crash.

"There was no grip. Under braking I felt I could be passed from anywhere, and the traction was also bad. When the GT300 cars came in front and I lost downforce, I couldn’t do anything. I was at a loss for what to do; I felt like a boxer taking blow after blow. 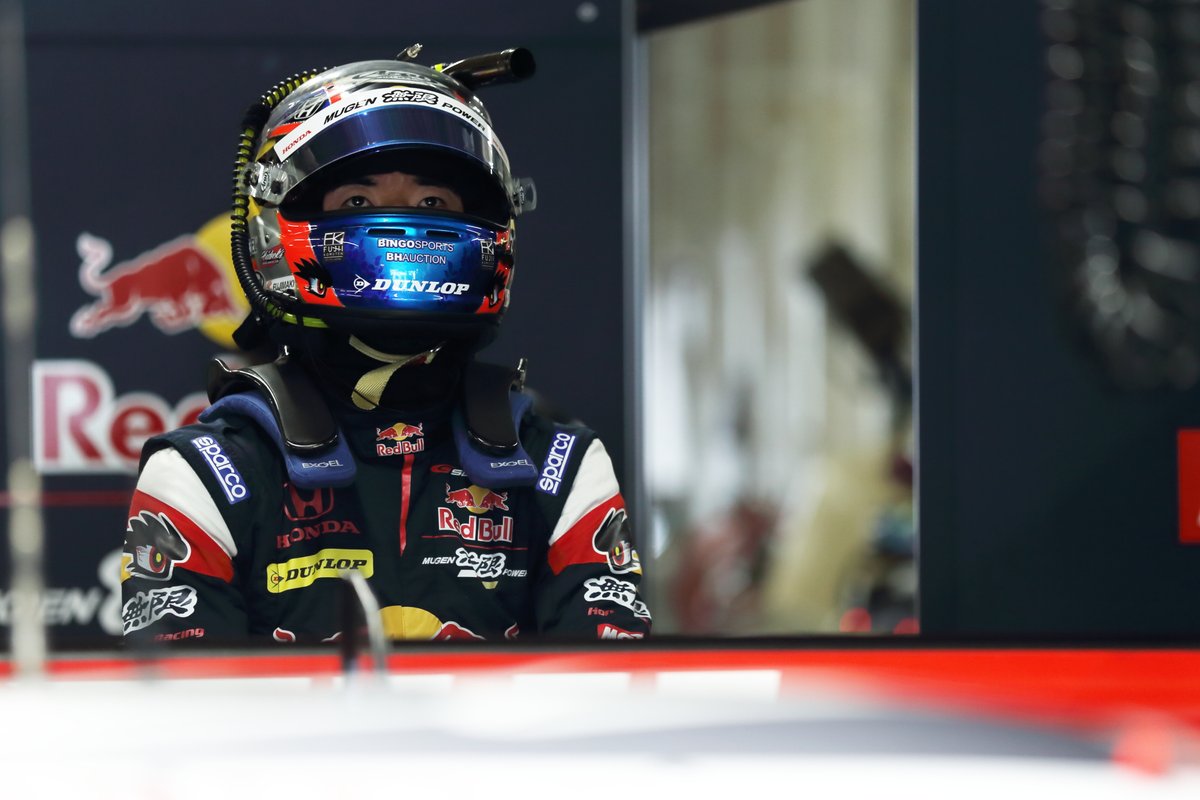 "It’s difficult to feel positive after this kind of race. On the other hand, we managed to finish in the points after such a difficult race.

"By the end I didn’t know which position we were in, I was just desperately fighting with each car. Then at the chequered flag, I was like, ‘oh, we finished ninth’. It’s not a result I’m happy about, but it’s a positive, I think."

Asked if he felt Mugen had gone the wrong way on tyre selection, Sasahara replied: "I think that’s part of the reason [we struggled], but compared to the other cars I think we have a lot of work of do. I’m not sure we could have fought at the front even with the right choice of tyre.

"We were able to qualify up front, but it’s clear the problem is race pace. That said, it’s not 100 percent the fault of the tyres, there are more things we could have done on the car."

The Mugen Honda was Dunlop's only runner left in the GT500 class following the early demise of the #64 Nakajima Racing car, which had pulled away at the front of the field in the hands of Izawa before its race-ending crash.

Izawa required assistance from the marshals exiting the cockpit as one of the foam safety blocks placed at the exit of the chicane where the incident happened blocked his exit, but he escaped injury. 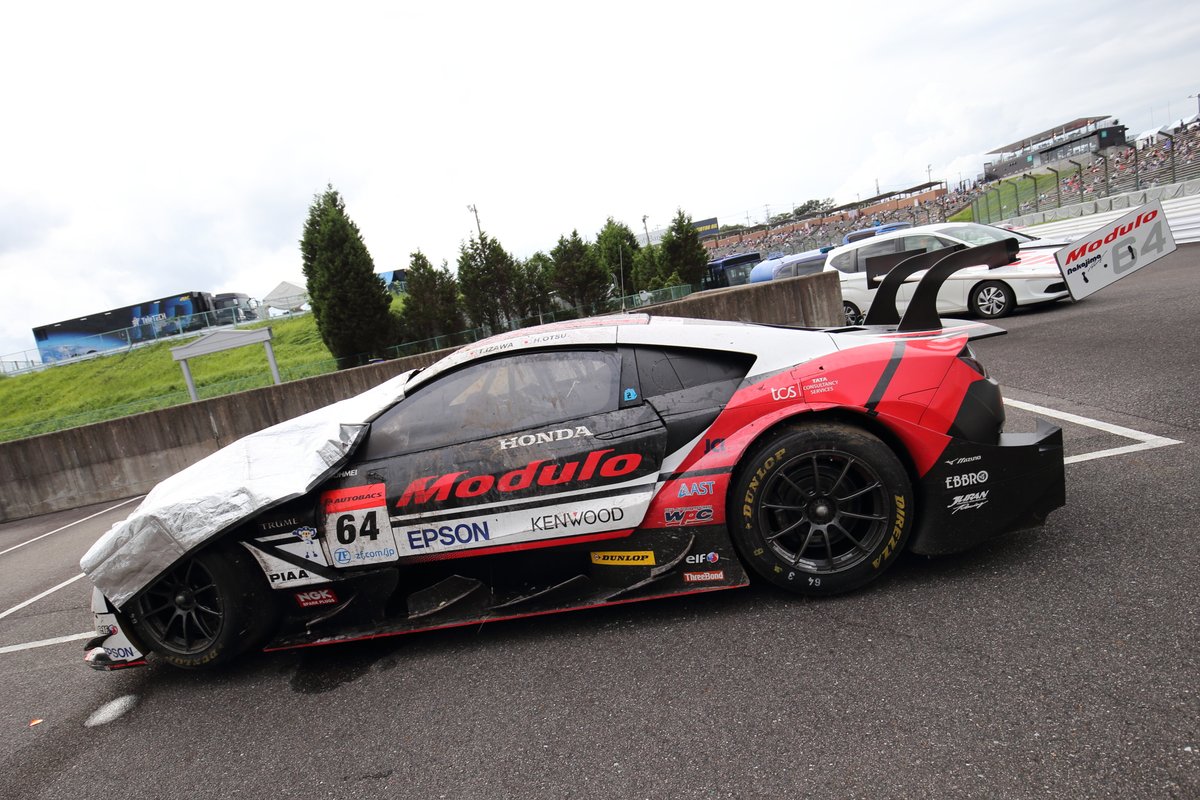 Brake failure was identified as the cause of the crash, but Izawa said that the impact with the barriers wasn't that significant.

"Since there was a fire, the damage to the car increased, but it was mostly just superficial damage. The actual impact wasn't that big even though it looked like a big crash [from the outside]."

On his race up to that point, he added: "The car felt well-balanced and the pace was good, and the gap to the cars behind was widening. But the crash happened when we started getting some pick up [debris on the tyres], so I honestly don’t know if we could have kept running at the same pace."

The crash marked the Nakajima car's second DNF in a row as Izawa's teammate Hiroki Otsu got caught up in an incident with a lapped GT300 car in the previous round at Motegi last month.