This weekend’s delayed SUPER GT race at Suzuka arguably offers the Mugen Honda team, as well as tyre supplier Dunlop, its best opportunity to win a race of the season.

Since Mugen returned to the top GT500 class in its own right in 2017, it has only scored one podium finish, which came at Motegi last year – and you have to go all the way back to 2002 to find the last time the team won a race, at least under its own banner.

But a combination of Dunlop’s prowess at Suzuka, a favourable success handicap and the postponement of this weekend’s event from its original slot in May make this a golden chance for the team’s drivers Ukyo Sasahara and Toshiki Oyu to make Mugen history.

Last time out at Motegi, Sasahara and Oyu enjoyed by far their best showing of the year as they finished fourth, and it was almost two Dunlop cars inside the top five until Nakajima Racing’s Hiroki Otsu clashed with a GT300 car.

That was despite the stop-start Motegi track being theoretically less well suited to the Dunlop tyre than the faster, more flowing Suzuka layout, the scene of the tyre firm’s most recent GT500 victory in 2017.

With Yokohama coming remarkably close to a first GT500 win in five years at Motegi thanks to the efforts of the Racing Project Bandoh Toyota squad, it will be the turn of SUPER GT’s ‘other’ tyre war minnow to try and overcome the odds at Suzuka.

“We knew that Motegi is one of the tracks with less tyre degradation, so we knew it was a chance for Dunlop and Yokohama to fight Bridgestone and Michelin,” Sasahara told Motorsport.com. “The one-lap pace was there, and the race pace was consistent.

“It wasn’t really a big surprise, but I was definitely happy to see the improvement. It’s a shame we missed the podium, but we tried our best and we learned something.” 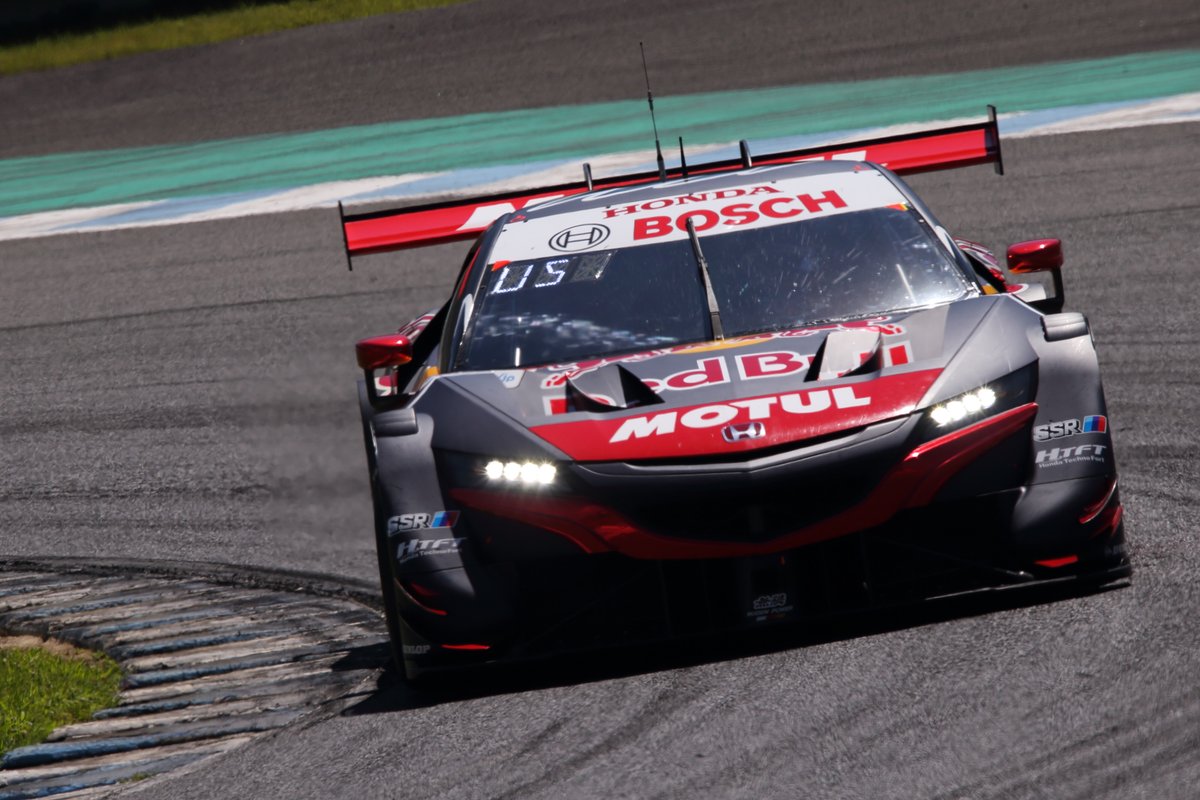 Nakajima Racing scored the first GT500 pole for a Dunlop-shod car for eight years in last year’s first of two visits to Suzuka, going on to finish fourth, so both the Nakajima and Mugen NSX-GTs should logically be prime contenders for pole this time around.

Working in their favour is the fact that five rival cars will be running fuel restrictors at Suzuka – including fellow Honda squads Team Kunimitsu and Real Racing – and the warmer weather in August in comparison to the race’s original May date (before it was pushed back amid a surge in local COVID-19 cases) that should favour Dunlop too.

But Sasahara is keen not to set expectations too high, pointing out the possibility of rain, which he feels would hand the advantage back to the nine-car Bridgestone contingent, and some of the other traditional contenders that will be low on success weight.

Nissan will certainly be viewing the Suzuka race as a major opportunity to claw back some vital ground in the championship chase after a diabolical start to the year for the flagship NISMO GT-R, while Honda squad ARTA was on pole for the series’ second visit to the track last year and is still relatively light after some subdued early results this year.

“Suzuka is traditionally one of the best tracks for Dunlop, but I’m trying not to expect too much; you never know what can happen,” Sasahara said.  “We’ll just try stay calm, stay focussed. I have some expectations, but it also depends on conditions and a bit of luck.

Mugen’s fortunes have been on the up since the team’s 2017 return (pictured above), with the team finishing as the highest of Yokohama’s three GT500 runners in the championship last year after three seasons of being the brand’s weakest finisher. That upturn coincided with the arrival of Red Bull backing and Sasahara to replace Daisuke Nakajima alongside Hideki Mutoh.

There was further change last winter as sometime IndyCar driver Mutoh was axed to make way for GT300 graduate Oyu to give Mugen the youngest and least-experienced GT500 line-up in the field, while Yokohama tyres made way for Dunlop and ex-Formula 1 racer Shinji Nakano stepped down as team principal in favour of Hirokatsu Tanaka.

Given Suzuka appears just once on the calendar this year, not twice as per last year, and that returning circuits Sugo and Autopolis will be a step into the unknown for the current generation of car after being axed from last year’s schedule, this weekend’s race has to be regarded as Mugen’s best chance for a win this season, as well as Dunlop’s.

But Sasahara is trying not to add any unnecessary pressure to the situation as he and Oyu chase what would be their first GT500 wins as drivers.

“As a driver you always want to win, but since I started in GT500 I knew the situation is much different [from other series] with all the different packages,” said Sasahara. “We’ve been getting better and better, also with changing tyre manufacturer since last year, and in the last race we were quite competitive in both qualifying and the race.

“I know the team has not had a win since coming back to GT500, so I think they want it even more than me! But we’ll take it step-by-step and hopefully one day we will achieve that.

“It can be hard for people on the outside to understand, but we are still on a learning curve, trying to create a better package for the future. We’ll just try and do the same job as usual. If we do that, I think the result will come.”

When a future IMSA star was humbled by Super Formula

Nojiri knows title approach “may not be interesting to watch”