Mugen Honda SUPER GT driver Ukyo Sasahara says the Dunlop tyres the team are racing with this season are "completely different" to the Yokohamas it used previously.

On the eve of last weekend's Okayama pre-season test, it was officially revealed that Mugen will become Dunlop's second GT500 squad for the 2021 campaign alongside fellow Honda outfit Nakajima Racing.

The new relationship got off to a promising start as Sasahara's new teammate and GT500 rookie Toshiki Oyu set the fastest time across the two days of testing at the wheel of the carbon-liveried #16 Honda NSX-GT.

Sasahara praised the Dunlop for its superior peak grip, adding he could understand why Nakajima was able to score two pole positions last season with the tyre.

"We had one test at Okayama before the official test, and we had a good feeling then," Sasahara told Motorsport.com. "But we need to understand the tyre more and collect more data. Character-wise, it’s completely different to the Yokohama.

"The main difference is the grip, the Dunlop’s peak grip is higher for sure. Last year the #64 [Nakajima Honda] was on pole twice, and you could understand why straight away. But the difficult point is the race distance. We need to find a way to lower the degradation.

"To be honest, I didn’t think we’d change tyres," he said. "With Yokohama, we were working well and there was definitely some improvement in 2020. Maybe we could have improved more with another year. But Dunlop made a huge step last year."

Sasahara, who is going into only his second year in GT500, also said he found it strange to be regarded as the senior driver in the revamped Mugen crew following Oyu being promoted to the team in place of veteran Hideki Mutoh.

"Some people call me ‘senpai’ [senior colleague], but we’re almost the same age and we raced in the same categories, even at Suzuka Racing School," said Sasahara of Oyu. "We're from the same generation, the same as [AlphaTauri Formula 1 racer] Yuki Tsunoda.

"I didn’t have any issues with Mutoh-san last year. He was the ‘senpai’ and he’s a really nice guy. He was kind of like the team's ‘mood-maker’ But last year Oyu showed a lot of speed in Super Formula and also in GT300.

"So far we are working really well. Also set-up wise there’s not a huge difference [between our preferences], we both know what kind of car the other one likes." 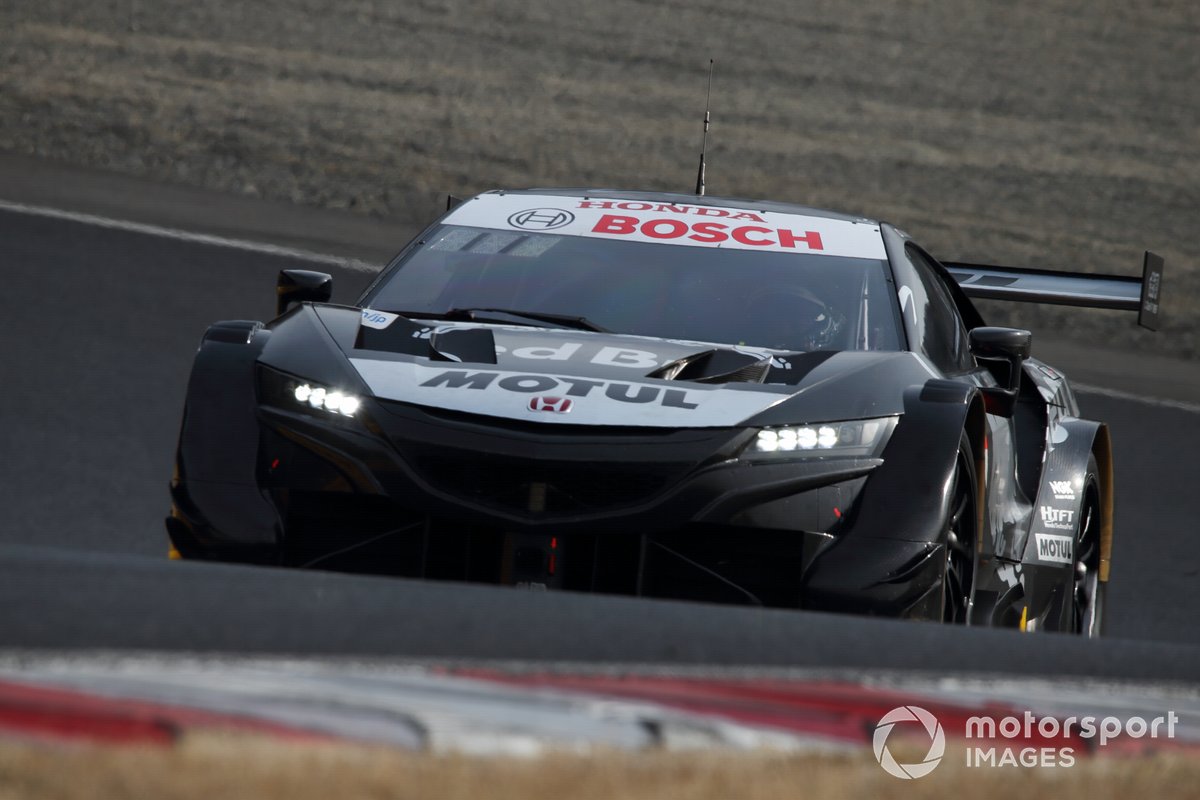 Honda on top as Super GT testing continues at Suzuka