Tadasuke Makino set the fastest time in Q1 to propel last-year’s championship-winning team to the second part of qualifying for the first time in 2021, before Yamamoto managed to gain nearly half a second in Q2 to grant Honda pole position on its home turf.

Yamamoto lapped the circuit in 1m37.498s on his final run, edging Ritomo Miyata by just 0.051s in the Bandoh Supra to end a run of difficult qualifying sessions.

Behind, Ukyo Sasahara made it two Hondas in the top three, setting a time of 1m37.768s in the Red Bull-backed Mugen NSX to beat the two TOM’S Toyotas.

Yuhi Sekiguchi ended up fourth in the #36 GR Supra and was the last of the runners to set a lap time in the 1m37s, as Sena Sakaguchi shrugged off 37kg of ballast to qualify fifth in the sister #37 machine.

Nakajima Honda’s Takuya Izawa was sixth-fastest, a second off the pace of Yamamoto, ahead of Kohei Hirate in the NDDP/B-Max Nissan, the only car from the Yokohama-based manufacturer’s stable to earn a spot in the second leg of qualifying.

ARTA Honda was the fastest team to get knocked out in Q1, with Tomoki Nojiri missing a spot in the second leg of qualifying by just over two tenths of a second.

Nissan’s flagship NISMO team, which is yet to score a point this season, qualified 10th in the session in the hands of two-time champion Tsugio Matsuda.

Saddled with a stage two fuel restrictor, the championship-leading Rookie Racing Toyota of Kazuya Oshima and Kenta Yamashita could only qualify 13th among the 15 runners in GT500, ending up nearly a second off the pace in Q1.

A severe handicap also compromised the pace of the Real Racing Honda, with Koudai Tsukakoshi ending up 14th-fastest, only ahead of the Impul Nissan of Nobuharu Matsushita. 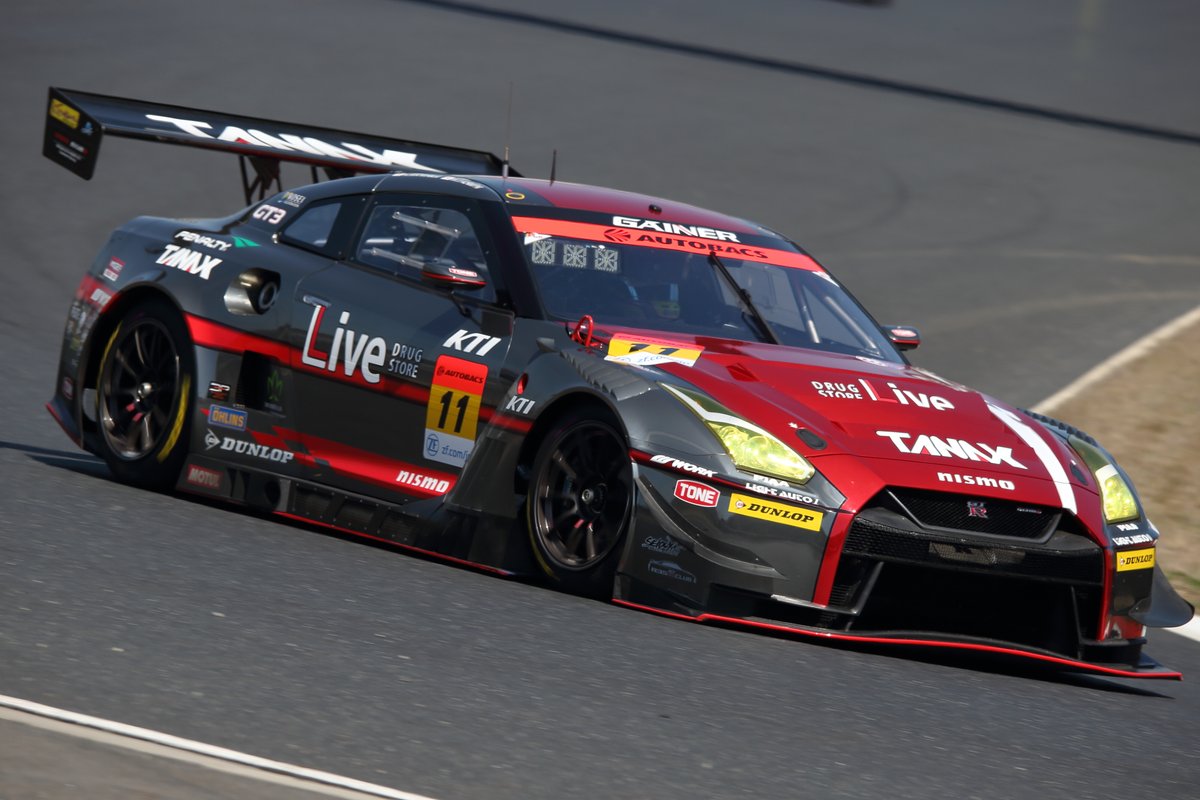 Nissan enjoyed much better fortunes in GT300, with Hironobu Yasuda qualifying the #11 Gainer GT-R NISMO GT300 on pole position in its class.

Reigning class champion Kiyoto Fujinami qualified an impressive third with a time of 1m47.972s, unflustered by 72kg of ballast aboard the Okayama-winning Kondo Nissan.

The Fuji-winning LM Corsa Toyota Supra of Shunsuke Kohno and Hiroki Yoshimoto got knocked out in Q1 and will start from the 12th row on the grid, hampered by 69kg of ballast.

Honda didn’t enjoy the best of showings on its home turf in the GT300 category, with the Upgarage NSX its best runner in ninth and the ARTA car getting eliminated in Q1.