After Naoki Yamamoto topped the first leg of qualifying in the #100 Honda NSX-GT, teammate Tadasuke Makino kept up the good work of his older teammate in Q2 as he lowered the GT500 lap record to 1m35.194s.

This was good enough to give Honda its first pole position of the season and a first for the NSX-GT in Type S trim, a tenth of a second ahead of the Bandoh Toyota driven by Sena Sakaguchi.

Bertrand Baguette qualified the Impul Nissan third with a time of 1m35.752s, crucially one position clear of the points-leading NDDP Nissan driven in Q2 by Mitsunori Takaboshi.

Takaboshi and Katsumasa Chiyo lead the championship by just 2.5 points over the Impul Nissan of Baguette and Kazuki Hiramine, with the extra point Makino and Yamamoto scored for pole position putting them 16 points off the top.

Fifth place in qualifying went to another Nissan, the Kondo Racing car of Kohei Hirate, with Nirei Fukuzumi next up in the ARTA Honda.

The two Dunlop-shod Hondas rounded out Q2, with Nakajima Racing’s Takuya Izawa just edging out the Mugen car of Ukyo Sasahara to seventh.

The only Honda that didn’t make it into Q2 was the Real Racing entry, the marque’s best hope of winning the title, with Nobuharu Matsushita qualifying a disappointing 10th behind the #23 NISMO Nissan of Tsugio Matsuda.

Matsushita and Koudai Tsukakoshi trail the championship-leading #3 NDDP Nissan of Chiyo and Takaboshi by four points with 20 available in Sunday’s decider.

Toyota also had a difficult qualifying session at Motegi, with its five Bridgestone-shod Supras propping up the GT500 field. Rookie Racing's Kenta Yamashita could only manage 11th, officially ending he and Kazuya Oshima's title hopes as they needed the point for pole to stay in the running.

Slowest of all were the two TOM’S entries in 14th and 15th positions, both ending up more than a second of the Q1 pace set by the Kunimitsu Honda. 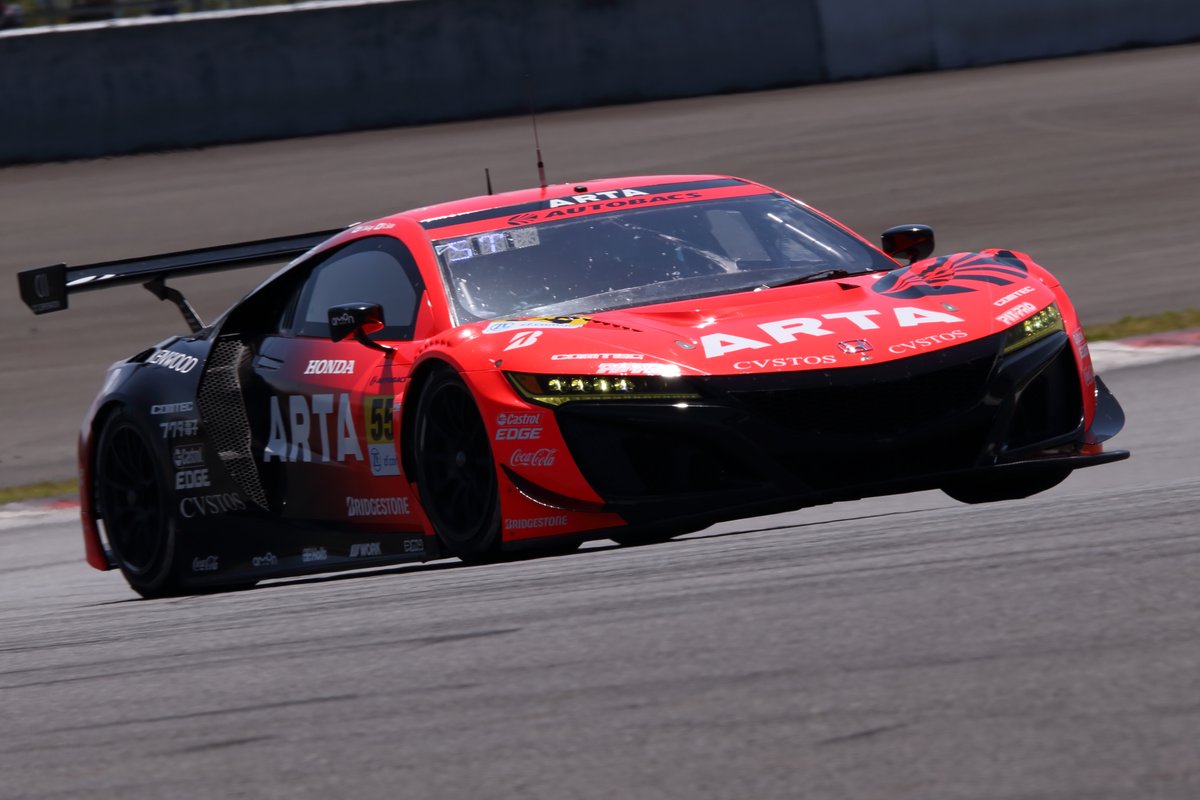 Iori Kimura set a time of 1m44.798s in the #55 ARTA Honda NSX GT3 Evo2, beating the similar Team UpGarage machine of Kakunoshin Ota by over three tenths of a second.

Mercedes locked out the second row of the grid, with Tatsuya Kataoka in the #4 Goodsmile AMG GT3 beating the #65 LEON Racing car of Naoya Gamou to third place.

However, the main headline from Q2 was an untimely crash from Yamauchi that could have major implications for the title battle.

The red flag was brought out soon after, leaving the #61 Subaru of Yamauchi and Takuto Iguchi down in 16th on the grid and with an uphill task to overhaul the points-leading Kondo Nissan in the championship.

Although not able to fully capitalise on Subaru’s troubles, Joao Paulo de Oliveira was able to qualify the #56 Kondo Racing Nissan GT-R NISMO GT3 in a respectable seventh, one spot ahead of the title-contending #10 Gainer Nissan of Riki Okusa and Ryuichiro Tomita.

Just 3.5 points separate the Kondo and Subaru crews at the top of the GT300 table, while Okusa is another 2.5 points adrift in third.