The Kondo Racing Nissan SUPER GT team admits that it threw away a strong chance of a victory at Autopolis because it couldn't "trust" its Yokohama tyres to last long enough in the second stint.

Kondo ended a five-year pole drought on Saturday at the Kyushu circuit as Daiki Sasaki pulled out a surprise pole lap, but come race day Sasaki and teammate Kohei Hirate had to be content with third place behind the Real Racing and Team Kunimitsu Hondas.

It continues a painful wait for a first GT500 win for both the team and tyre supplier Yokohama since 2016.

Sasaki led from pole all the way until his pitstop on lap 27 of 65, but the two Bridgestone-shod Hondas gained the upper hand by pitting on laps 23 and 22 respectively, gaining the undercut.

Hirate rejoined in third behind the Kunimitsu NSX-GT of Naoki Yamamoto, and put the two-time GT500 champion under major pressure in the latter stages of the race, but fell just shy of the runner-up spot.

Looking back on Kondo's pit strategy, chief engineer Takuji Murata said that doubts over how well the Yokohama tyres would hold out was the driving factor in delaying the pitstop and allowing the Hondas through.

"It would have been better to pit together [at the same time as the Hondas] but we didn’t trust the tyres," Murata told Motorsport.com's Japanese edition.

"We predicted that tyre pick-up would be an issue today, and so if we had pitted earlier, we weren’t sure how the tyres would last, and that was significant [in being undercut]. Also, it looked like we risked getting caught up in a lot of GT300 traffic, and that if we waited a little, that would clear up.

"But in reality the GT300 pack moved quite a bit, and the #100 and the #17 had clear track, which we didn’t expect. There were also GT500 cars that already pitted in front of us, and we lost time there.

"Once we saw that loss, we called [Sasaki] in to box, but somehow the radio communication didn’t work and he didn’t come in immediately."

Sasaki and Hirate scored Kondo's second podium finish of the season following their drive to third at Fuji in August, and now sit ninth in the drivers' standings - putting the team on course for its best championship placing since 2016. 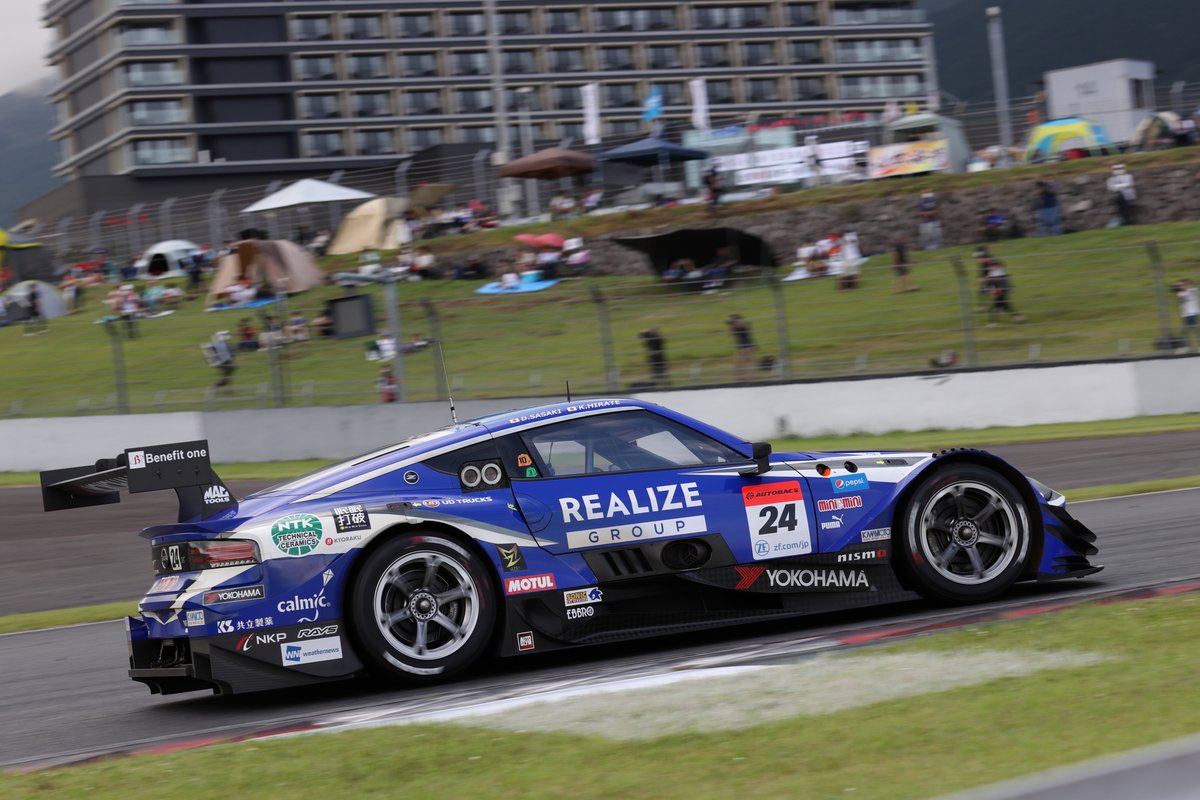 But Murata said the overriding feeling was that of missing a golden chance to end its long winless streak.

"The tyres worked better than we expected, they were fast all the way to the end, but because we were unsure of how it would go we hesitated and we pitted too late," continued Murata. "But it's fantastic that Yokohama was able to produce a tyre that allowed us to fight so well.

"The performance was good, so I feel like we failed. It seemed like Bridgestone was struggling a little, so we had a chance, but we didn’t make the most of it."