The Real Racing Honda team will have to "invent something" to come out on top against Toyota in this weekend's SUPER GT finale at Fuji Speedway, believes Bertrand Baguette. 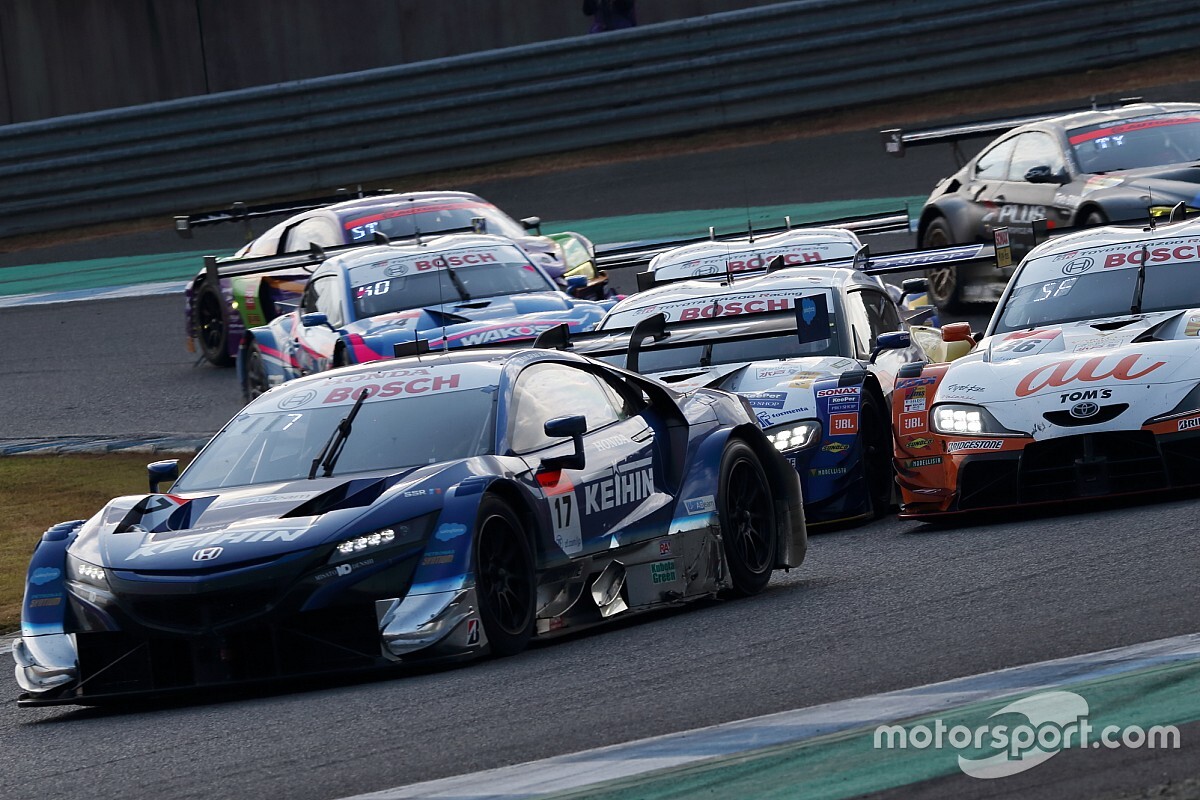 Baguette and his teammate in the #17 Real Honda Koudai Tsukakoshi find themselves tied for the lead of the standings along with TOM'S Toyota driver Ryo Hirakawa, albeit ahead on countback thanks to their two wins so far this year versus Hirakawa's one.

However, the next four crews in the standings are all close enough that they could snatch the title simply by winning the race at Fuji, regardless of what else happens.

Honda now has three of its cars in the top five overall after dominating last time out at Motegi, but Baguette is wary of a Toyota revival this weekend at Fuji, where there will be no success handicaps for the first time since the opening race of the year at the same track.

The Belgian driver had said previously that winning the championship would be difficult without a margin over the best of the Toyota runners, and believes now that "doing something different" to the GR Supras will be key to he and Tsukakoshi's title chances.

"I don’t know why, Honda is quick here, but Toyota will be quick in Fuji, so we’ll have to invent something to beat them there," Baguette told Motorsport.com at Motegi.

"I’m disappointed the gap isn’t bigger. If it’s dry, it will be tough, but we can still do it. [In the first round] without the turbo issue we would have been P3.

"With the tyres, we might have to choose something a bit different [to the Toyotas] to beat them. Here, the tyre choice gave us a bad quali but we were the best in the race, so I hope we can choose something different at Fuji that gives us more pace and we have a chance."

The main contenders for the championship:

Baguette and Tsukakoshi led the standings at the halfway point of the season after their second win at Motegi in September, but have scored only eight points since then, temporarily losing the advantage to the #14 Cerumo crew before regaining it last time out.

In addition to the leading six cars, four more crews go into the Fuji finale with a mathematical chance of winning the championship, representing two-thirds of the GT500 field.

Hirakawa, who won the opening round of the season at Fuji alongside Nick Cassidy, told Motorsport.com he's taking nothing for granted given Honda's recent strong form.

"If you look at Honda, they improved a lot, maybe the engine or something," said Hirakawa, who'll share the #37 Toyota with Kenta Yamashita this weekend. "[At Motegi] I was surprised, also in qualifying they were really fast. That was why we couldn’t make it into Q2.

"I think in Fuji they will be strong too. So we need to keep focus and do our jobs properly." 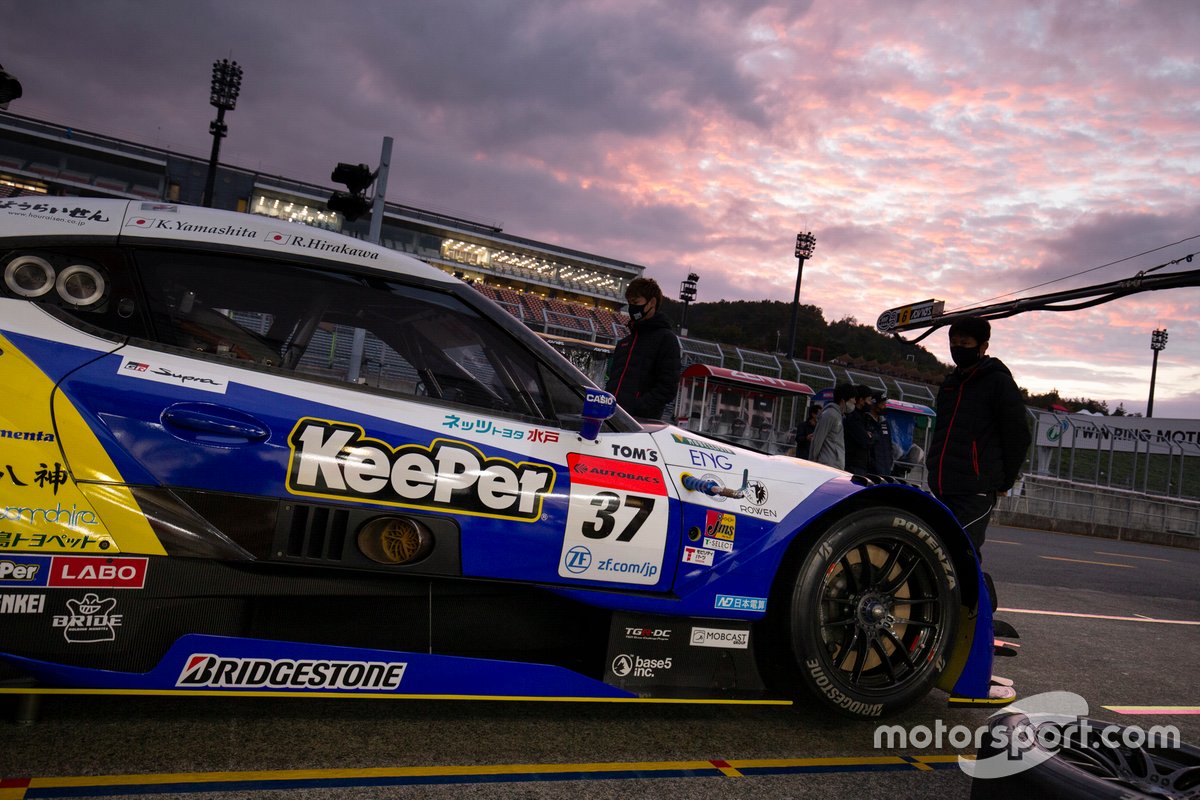 Title would "mean a lot" to Baguette

Baguette is in position to challenge for the title in just his second season driving for Real Racing after spending five years with fellow Honda outfit Nakajima Racing.

"It would mean a lot for sure," said Baguette. "It’s been a tough year for everybody in the team, and for me as well. I will have been in Japan for five months without seeing my wife and my son [owing to Japan's travel restrictions imposed in the wake of COVID-19].

"It's Honda's first year with front-engine [layout], fighting against Toyota and Nissan who have six years of experience with this kind of car set-up, so it would mean a lot. Also for me personally – I’ve been in Super GT seven years and to win the title is a big target.

"But it will be super-tough for sure, especially to beat Toyota." 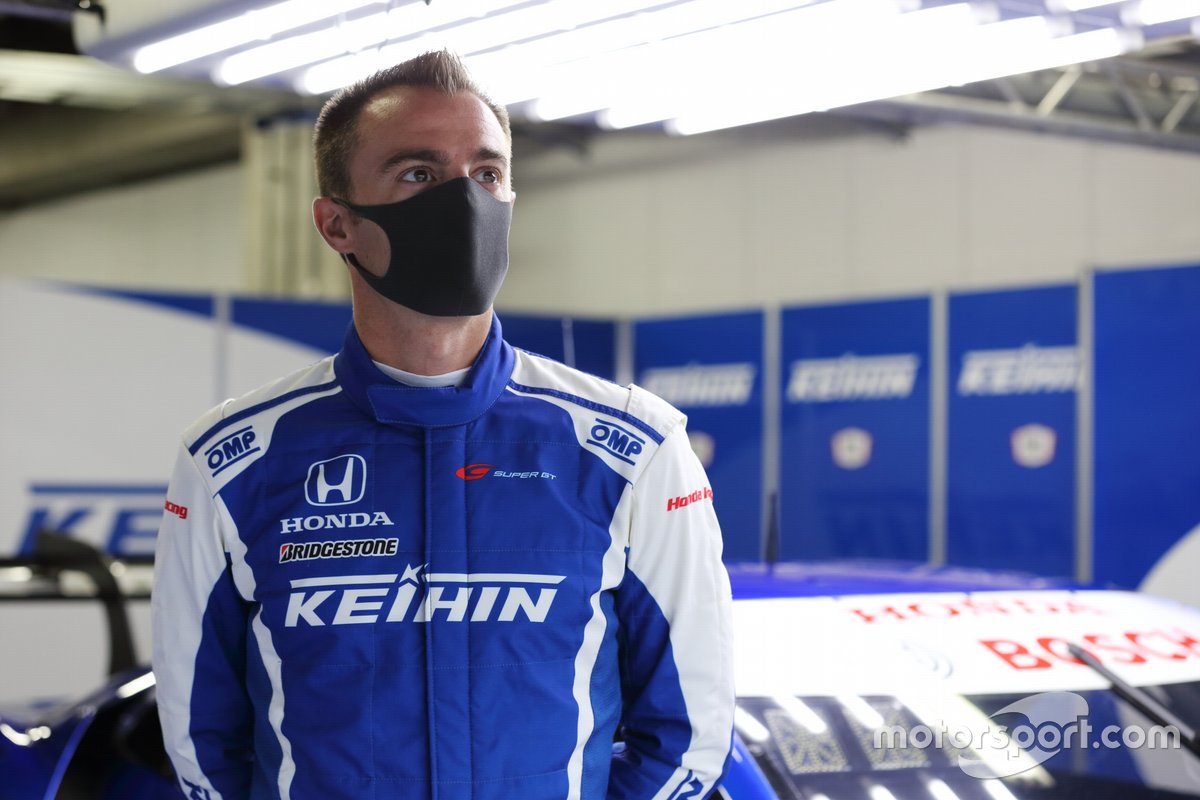