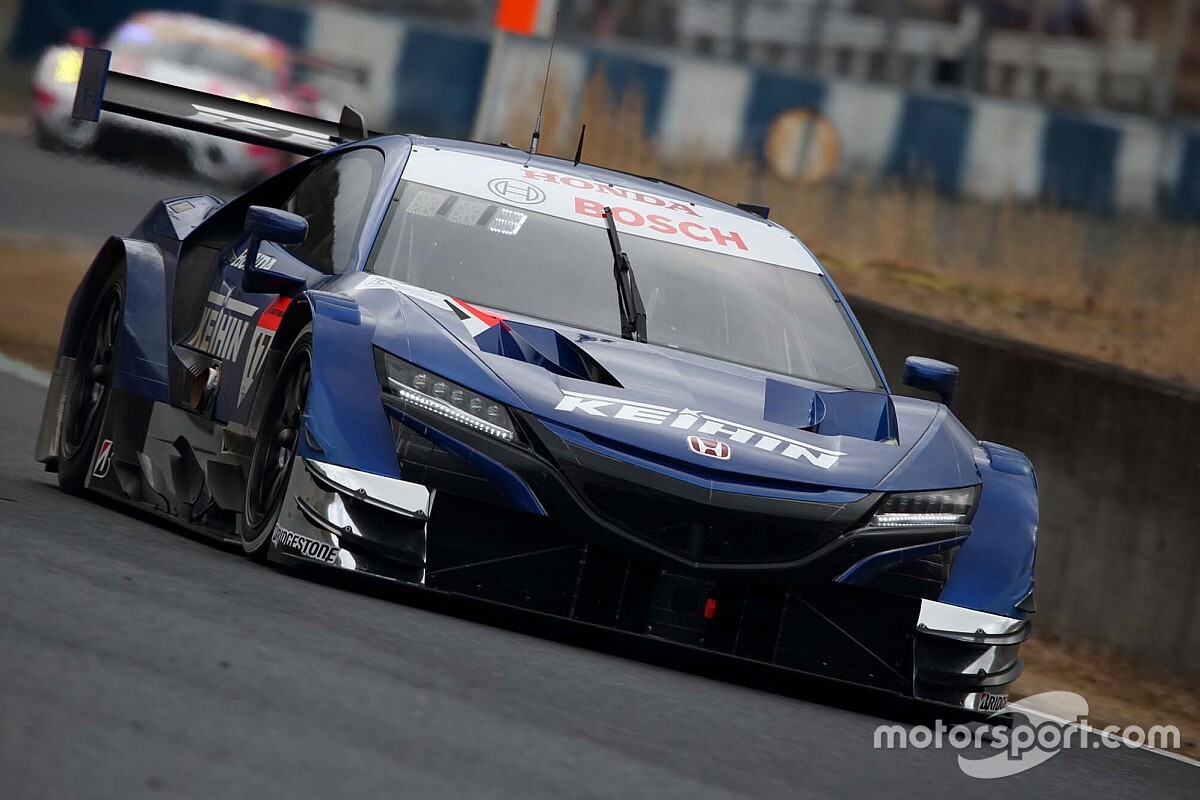 Real Racing Honda driver Bertrand Baguette says the marque has made a "big step forward" with its new front-engined NSX-GT after topping the first day of SUPER GT pre-season testing at Okayama.

Baguette was the only driver to dip below the 1m18s barrier during Saturday's running, his best time coming at the end of a day disrupted by rain showers and red flags.

It came as Honda locked out three of the top four positions in the GT500 standings, Nirei Fukuzumi setting the second-quickest time at the wheel of ARTA's NSX-GT and Naoki Yamamoto putting the Team Kunimitsu example fourth behind the best of the TOM'S Toyotas.

Honda had to change the configuration of its GT500 challenger for the 2020 season as part of SUPER GT's drive to unify its regulations with those of the DTM, having previously run the only mid-engined car in the top class.

"I have to say Honda did a very good job because it was not easy to switch from mid-engine to front-engine," Baguette told media at the end of the day. "To be here in the top at the first official test is very positive for the future.

"Every time we put the car on the ground it’s getting faster. Today we did a big step forward compared to the private test [at Okayama] we did last month.

"We have to confirm that tomorrow on a long run as well, but everything feels good right now. Hopefully tomorrow we can do another step forward."

Asked by Motorsport.com where he felt Honda was in comparison to rival marques Toyota and Nissan, both of which have also got brand-new cars for 2020, the Belgian said: "It’s only testing, we are happy to be at the top but we don’t get too excited about that because we don’t know what they [the others] are doing.

"They might be running low power, weight. You know how it is. Everybody is playing around in testing. We keep working, we keep improving the car. We are not [completely] happy about the car yet. We don’t get too satisfied."

The Okayama test is being run behind closed doors, with the public barred from attending in a bid to contain the spread of COVID-19 amid the current global pandemic.

"It’s definitely super-strange and not a nice feeling," said Baguette when asked how it felt to be driving in front of empty grandstands.

"This sport is for the fans as well. We are here to give them a good show and it feels very strange without anybody in the grandstand and with no fans here. It’s definitely really sad. We can only hope the situation will get better really quicker. But it’s really bad, yeah."