Real Racing Honda driver Bertrand Baguette believes the team has the potential to take a second SUPER GT win of the season this weekend at Motegi after solving a "big" set-up issue.

Baguette and his teammate in the #17 Honda NSX-GT, Koudai Tsukakoshi, secured second on the grid for the fourth round of the 2020 season in changeable conditions, only behind the #38 Cerumo Toyota GR Supra of Hiroaki Ishiura and Yuji Tachikawa.

It comes despite the Real squad carrying 46kg of ballast, making it the second-heaviest of the Honda contingent and a full 38kg heavier than the ARTA NSX that qualified third.

Having scored a first win with Tsukakoshi last month at Fuji Speedway, Baguette feels that the #17 Honda is back to the sort of performance potential it had when he and his teammate delivered Real's first triumph in two years.

"I was targeting top six [in Q1] based on the practice times, but with a few modifications on the car that went really in a good way, at the end I finished P3," Baguette told Motorsport.com.

"The car had good grip, we still have an issue with the front to solve but in the end really surprised with P3. I was hoping that Koudai could keep the position, and in the end he improved it, so really pleased about that.

"It looks like it’s gonna be dry [for the race], I hope it will be but you never know. I’m sure we will be competitive if it’s dry. If it’s raining, there’s more luck involved."

Asked if he felt challenging the lighter #38 Toyota for victory would be feasible in the race, Baguette said: "Definitely. Suzuka was a tough race for us, in the end we found a little bit why, we had some big issue with the set-up that we discovered after the race.

"Here it is more similar to Fuji, similar feeling, a more similar tyre as well. It should be a good race for us. Of course we have to think of the championship as well.

"The #38 is not so dangerous for us and we have the #100 [Kunimitsu Honda], #14 [Cerumo Toyota] and both TOM’S cars behind us. It’s important for us to finish in front of those cars and get some points back because we lost a lot of points in Suzuka. 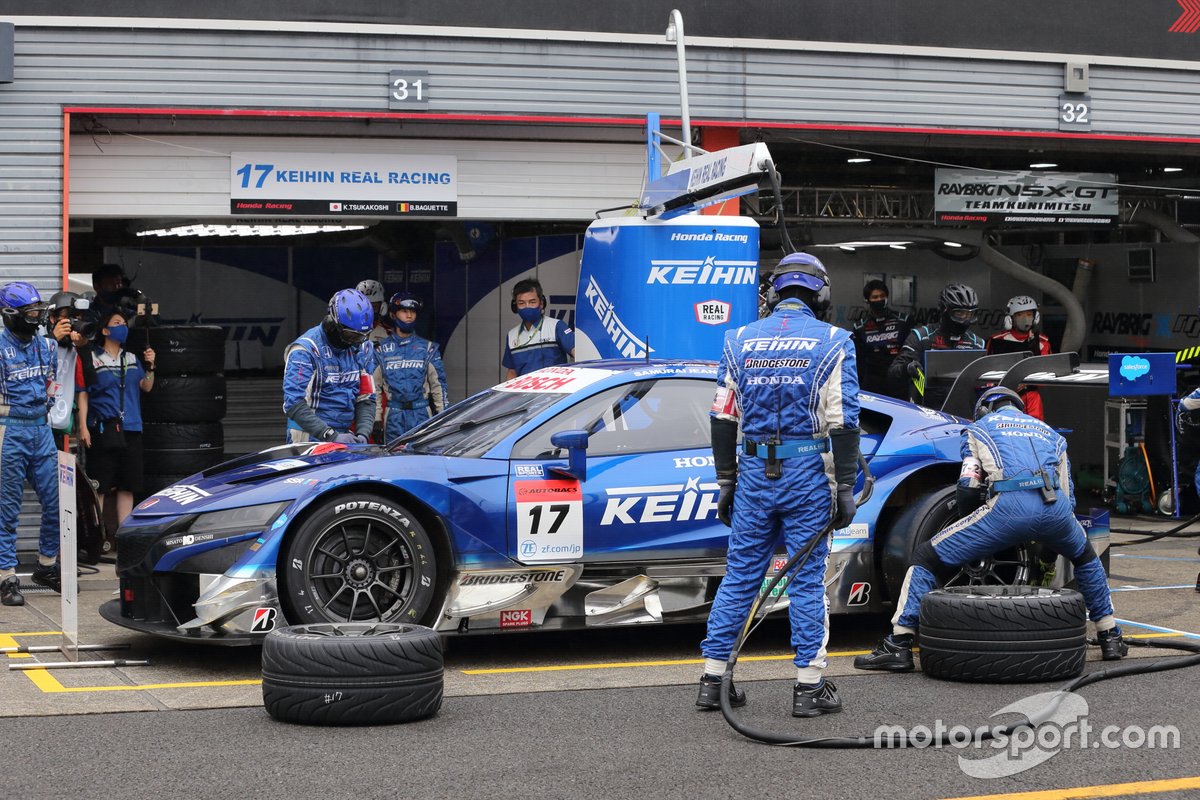 "We had a really bad pitstop, even if we weren’t that quick we could have finished on the podium [without it], but we did this mistake that was very costly for us.

While all five Hondas made it into Q2, Nissan suffered a disastrous qualifying session in which none of its four GT-Rs progressed into the eight-car pole shootout.

The #3 NDDP/B-Max car of Kohei Hirate and Katsumasa Chiyo briefly made it through Q1 in seventh before having its best lap deleted for improving under yellows, albeit still ending up as the top Nissan qualifier in 10th.

Ronnie Quinatarelli and Tsugio Matsuda, who won last time out at Suzuka, start one place behind in 11th, not helped by their 44kg weight handicap.

"We knew before we came here it was not going to be easy," Quintarelli told Motorsport.com. "The difference between here and Suzuka is 40kg and I could feel the difference a lot.

"The GT500 cars are really sensitive to the weight, at least our car is. The car feels much heavier, it is not sharp to drive.

"We were honestly hoping for rain because the handicap has less effect, but when [Q1] started everyone was on dry tyres. If it rained [harder] I think Matsuda could have got into Q2 and then my aim would have been to be inside the top five.

"Anyway, this is how it went, and we still are in front of the two leading cars in the championship [the TOM'S Toyotas], so the target is just to score a few points." 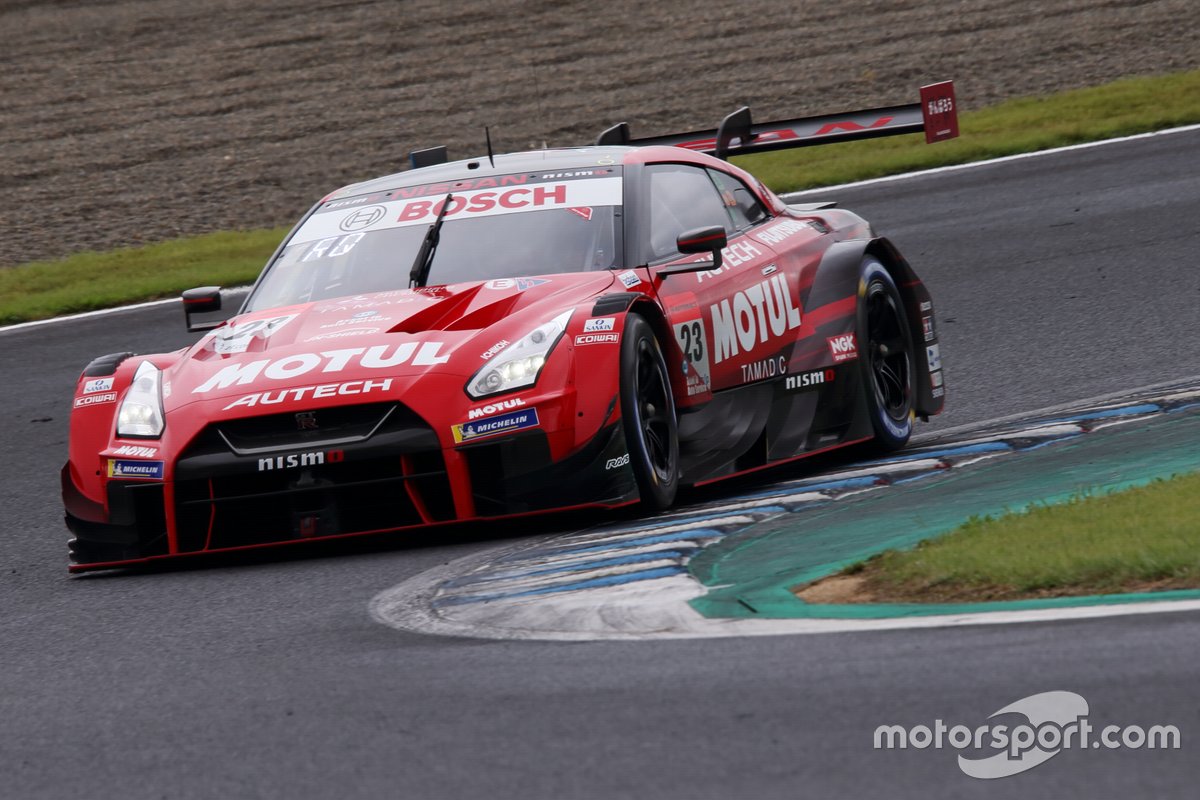