Honda admits that the speed demonstrated by Toyota's heavier GR Supras in last week's Fuji 500km is a reminder that it still has work to do to get its NSX-GT on level terms.

Real Racing pair Bertrand Baguette and Koudai Tsukakoshi scored Honda's first win of the 2021 season in the Golden Week classic, taking advantage of a full-course yellow period to vault into the lead after qualifying in 11th place.

Baguette admitted he and Tsukakoshi "got lucky" with that development, plus both the #8 ARTA Honda and #36 TOM'S Toyota dropping out of contention late on with separate issues.

The #36 TOM'S GR Supra was running with 30kg of success ballast after its second-place finish in the Okayama season opener, while the winning car from that race, the #14 Rookie Racing Toyota, was a close second behind the Real Racing Honda NSX-GT at Fuji despite carrying 40kg of ballast.

Honda's head of car development Tomohiro Onishi said the fact that Toyota was able to perform so strongly despite carrying so much success ballast could be an ominous sign for this year's championship battle.

"The Toyotas finished well after controlling the opening round, and although we were able to fight them because we didn’t have so much success weight, it was a race in which we were reminded that this difference in performance exists," said Onishi.

"I was expecting we would be beaten by the lighter Supras. But the Supras that were strongest in the opening round had the best results and the lighter cars, which should have been fast, was less that what we had imagined.

"Basically, I think the difference in performance hasn’t changed from last year, so if we can’t improve to the extent we can win a heated battle with other well-prepared cars, we won’t be able to win the championship unless something unusual goes our way like last year." 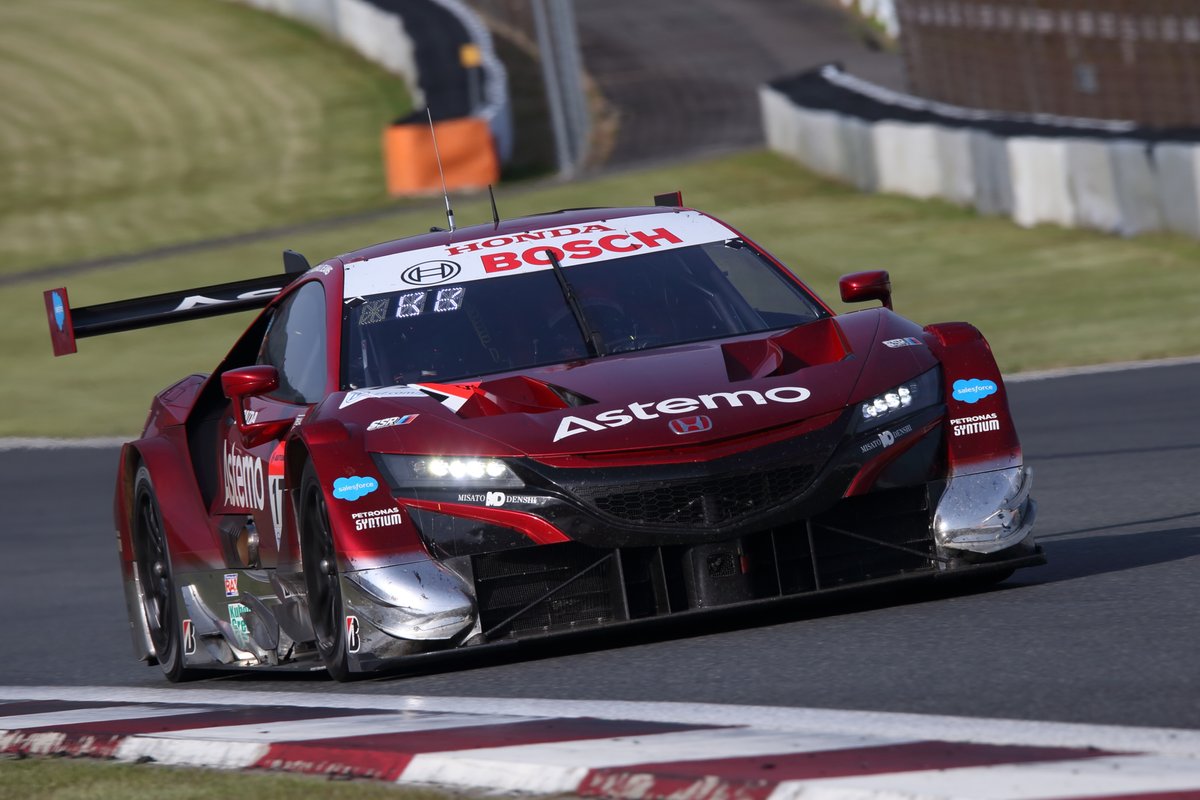 Honda's SUPER GT project leader Masahiro Saiki offered a similar sentiment when asked for the specific areas in which the NSX-GT is lacking in comparison to the GR Supra.

"Toyota's weighted cars were at the front, so I think we are losing out in many areas," said Saiki. "Since last year, we have been racing with the same ‘challenger’ spirit, so we will continue to work hard."

With this year's season finale also taking place at Fuji Speedway, and with no success ballast, Saiki added that finding even a small amount of top speed when Honda introduces its second engine later in the season could be critical to its title hopes.

"In last year's final round it was difficult in some ways to fight against Supra with no weight," said Saiki. "Especially since we started using this car last year, our straight line speed has been worse than Toyota’s, putting a lot of pressure on our drivers.

"Unless we can develop our car so that we can close the gap by even just 1km/h or 2km/h in the latter half of the season, the final round at Fuji will be another tough race."