After being humbled by Toyota in the opening round of the SUPER GT season at Okayama, Honda faced question marks over its form at its home track at Motegi. But in the end the strength of the NSX-GT averted another 'Supra festival'.

Sunday's Motegi race didn't mark the first win of the year for the Honda NSX-GT, but it arguably was the first time the Sakura-based marque was able to beat Toyota fair and square in 2021.

That's why a slightly more emphatic performance from Team Kunimitsu pair Naoki Yamamoto and Tadasuke Makino, who converted pole into victory at Motegi, came as such a relief to Honda.

"At Okayama we were made to watch a 'Supra festival', so we thought we had to do something to compete against the Supra," said Onishi.

"It would have been a shame if we had to suffer another 'Supra festival' at Motegi, where we did well last year [winning both races], so we were able to motivate ourselves again. We made some detailed changes that we probably wouldn’t have done in a normal situation.

"This was a local race for us [HRD], for Yamamoto, and for Auto Technic Japan, the maintenance garage for the #1 car, so we were determined to win. It was a relief we were able to win." 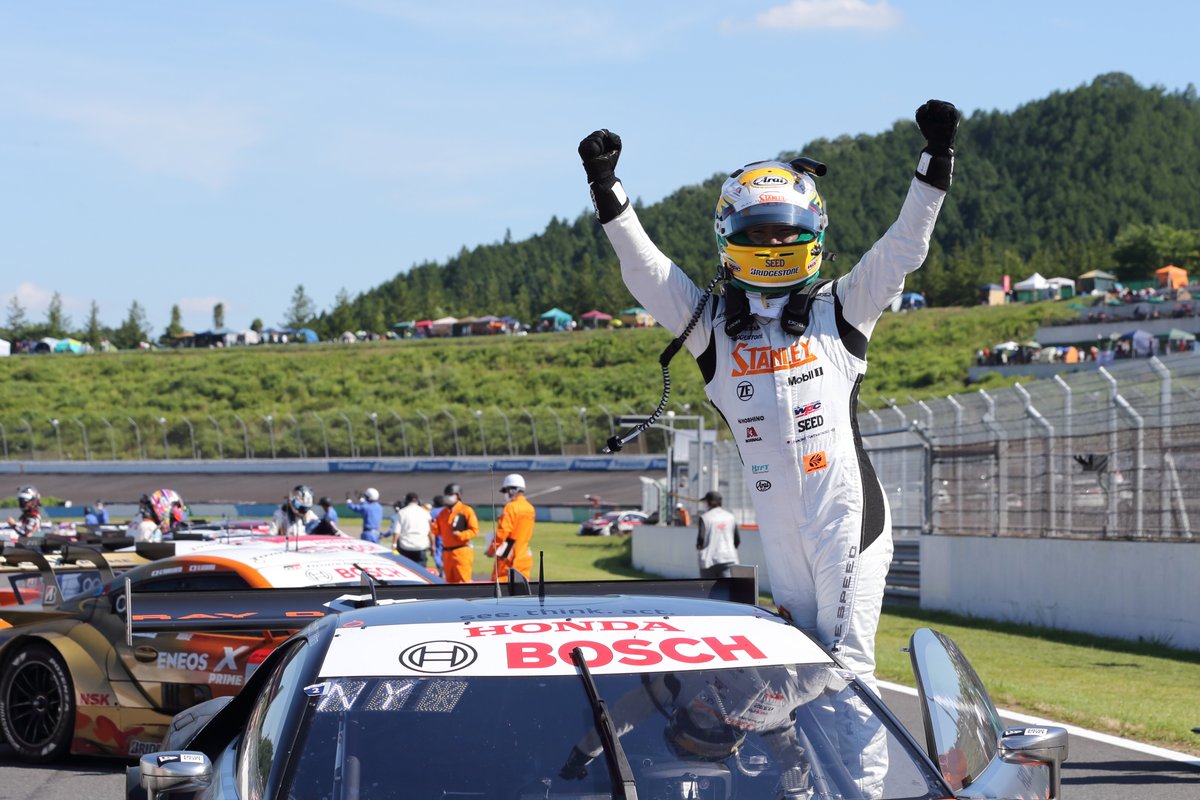 While Yamamoto and Makino became the first GT500 polesitters in 10 races to go on to take victory, their route to the top step of the podium was anything but straightforward as they had to battle the #19 Racing Project Bandoh GR Supra of Ritomo Miyata and Yuji Kunimoto.

With the Bandoh machine's Yokohama tyres working well in the scorching 34 degree Celsius heat, Kunimoto was able to pass Makino for the lead on lap seven of 63, and while the Honda regained the advantage in the pitstops Miyata pushed Yamamoto hard during the second stint.

The Kunimitsu car came to Motegi carrying relatively little success ballast, 22kg, but fellow Bridgestone-using Honda team ARTA didn't even make it out of Q1 despite carrying only 14kg of extra weight.

On a day where the extreme heat made passing tough and none of the four tyre makers suffered from extreme degradation, qualifying was even more important than usual. Had the Kunimitsu car qualified in a similar position to ARTA, it would have been an easy win for Toyota.

"In the race, the #19 car's pace was very good, and to be honest, I thought it would be very difficult to keep the top position," said Honda project leader Masahiro Saiki. "But Makino was able to keep up [with Kunimoto after being passed for the lead], and in the end, Yamamoto was able to defend it.

"The tyres were key, but because Bridgestone, Yokohama, Dunlop and Michelin all ran at a similar pace, I believe the win was down to the two drivers in the #1 car who took pole in qualifying." 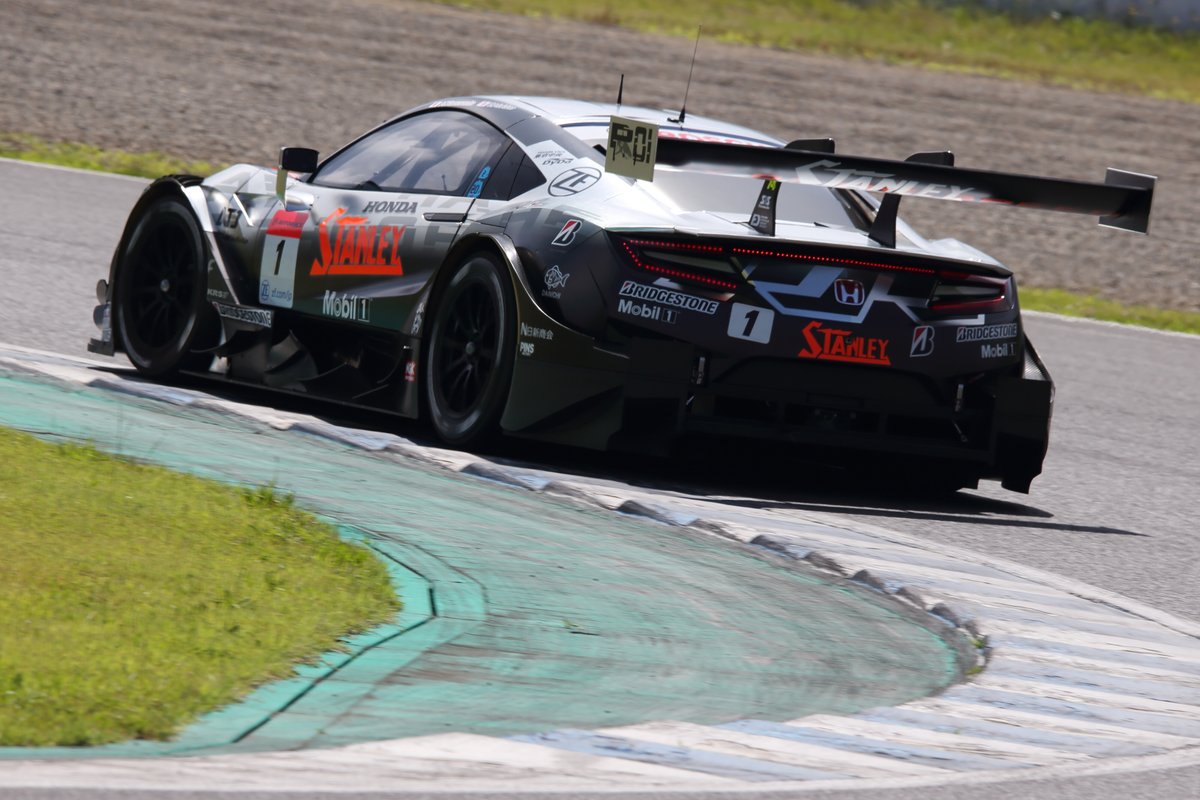 In last year's penultimate round at Motegi, Honda's fuel efficiency advantage that allows earlier pitstops was key to the dominance of the NSX-GTs, and the front-engined car's frugality was on display once again on Sunday.

ARTA was the first GT500 car to pit on lap 23 of 63, followed by the Kunimitsu Honda on lap 24. By contrast, the first Toyota didn't hit pit road until lap 26, while the Bandoh GR Supra left its stop until lap 28.

While it was the time spent on pit road itself that proved most decisive in the lead battle, with a difference of around 5.7s between the #1 and #19's respective in-laps, Yamamoto was also able to take 1.2s out of Kunimoto's Toyota on lap 27 equipped with fresh Bridgestone tyres.

But it was ARTA pair Tomoki Nojiri and Nirei Fukuzumi that best showed the power of the undercut as they surged from ninth - Fukuzumi spending his entire stint holed up behind the #38 Cerumo GR Supra - to fifth thanks to getting some clear air after their early stop.

"This is a track where if you pit at one-third distance you won’t have enough fuel, but watching the race I felt Honda has a wider window when it comes to fuel efficiency," said Saiki. "We wanted to allow the teams to pit at the minimum distance and run in clear air.

"Honda has an advantage in this area, and at a track like Motegi where fuel consumption is severe, it may be an advantage." 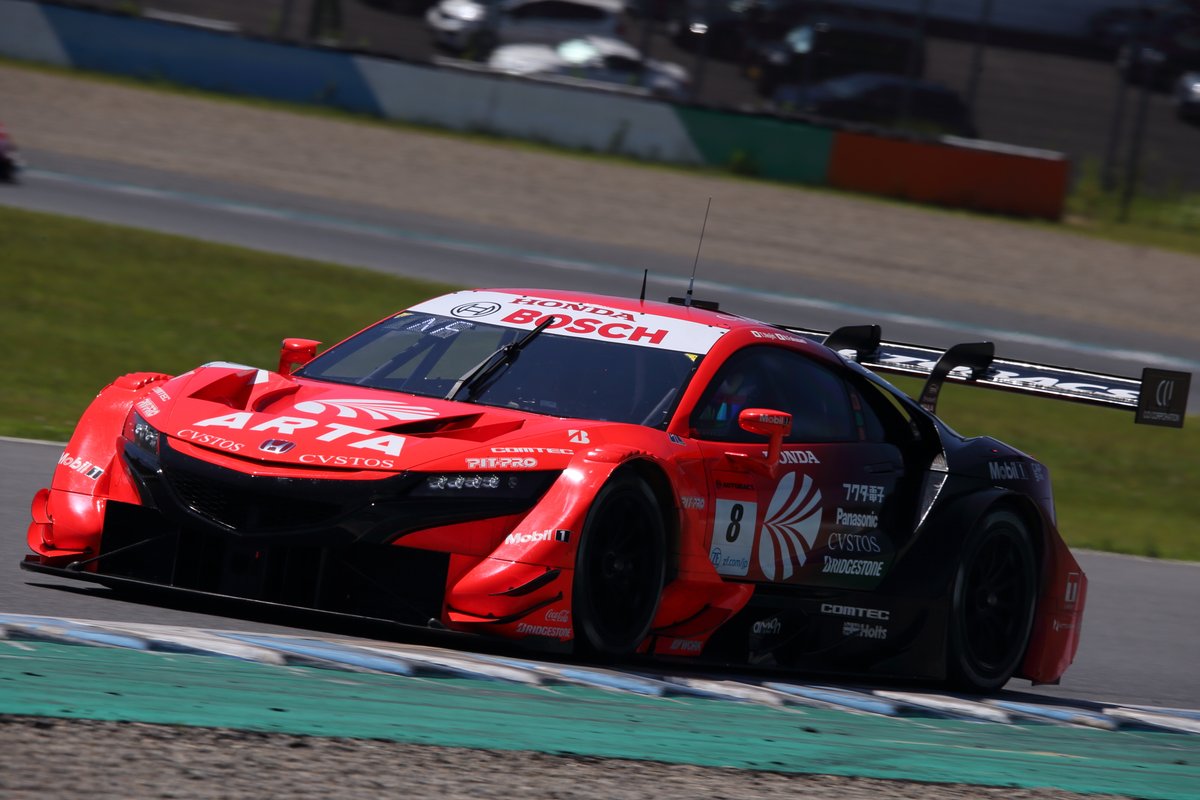 Next month, SUPER GT heads to Suzuka following the postponement of what remains officially Round 3 of the season - originally scheduled for late May - where similarly high temperatures are expected.

While ARTA will be expected to uphold Honda honour at the front of the field with the lightest success handicap of the three Bridgestone-shod NSX-GTs, Saiki is hopeful that the track will equally provide an opportunity for the Dunlop-equipped Mugen and Nakajima Racing cars to shine.

"This time we also confirmed that Dunlop's race pace didn't drop so much compared to last year, and I think the same will be the case at Suzuka next month, so we're looking forward to that race too," said Saiki.

"Yokohama is also more consistent in the summer heat than it was last year, so I think the next races will continue to be closely-fought. In these races especially our lighter cars need to earn points, including the #8 car [ARTA], so I hope they will make a big effort."

Onishi meanwhile is hungry for a first GT500 win for an NSX at Suzuka since 2018 after Nissan swept the board in both of last year's races at the Honda-owned Japanese Formula 1 Grand Prix venue.

"I think we’re in a position now to utilise the strengths of the NSX now whichever circuit we go to," he said. "Last year at Suzuka we were beaten by the GT-R, but because Suzuka is also a home track for Honda somehow we’d like to win there too."