Honda driver Bertrand Baguette says the NSX-GT fuel advantage that was on display in the most recent SUPER GT race at Motegi is something he hopes to capitalise on in future events.

Baguette and his teammate in the Real Racing Honda, Koudai Tsukakoshi, came away empty-handed from Motegi after a gear selection problem forced them to drop out of ninth place late on.

The pair had made their way up the order from 14th on the grid after struggling in qualifying with a 52kg success handicap following their victory in the preceding race, May's Fuji 500km.

But after he and Tsukakoshi were able to gain considerable ground thanks to a relatively early pitstop on lap 25 of 63, before any of the Toyota GR Supras were able to make their stops, Baguette says he hopes this advantage can benefit the Honda runners at other tracks.

"I was stuck behind the #39 [SARD Toyota] and #24 [Kondo Nissan] for many laps, it was impossible to get close enough to try something with the fuel flow restrictor," Baguette told Motorsport.com.

"We pitted early to try and overtake them, we did a good pitstop and we gained a few positions thanks to that.

"At this track we have a slight advantage on consumption, and I think all the Hondas had shorter stops as well because we needed to put less fuel in the car. It’s a pretty good advantage to have, especially against Toyota, and it’s something we’ll try and use in the future races."

TOM'S Toyota driver Ryo Hirakawa finished seventh at Motegi in the #36 GR Supra he shares with Sena Sakaguchi, having dropped down from fourth place with a slow pitstop caused by a starter motor issue.

The #36 car was the first Toyota to pit on lap 26, three laps later than the #8 ARTA Honda that was the first to make its mandatory stop.

"Honda could pit two, three laps earlier than us, so it’s big," Hirakawa told Motorsport.com. "Last year, Honda pitted earlier and then the safety car allowed them to win it. And this time in the hot conditions they could pit earlier, put on fresh tyres and get the undercut.

"So it’s definitely going to be an advantage for Honda." 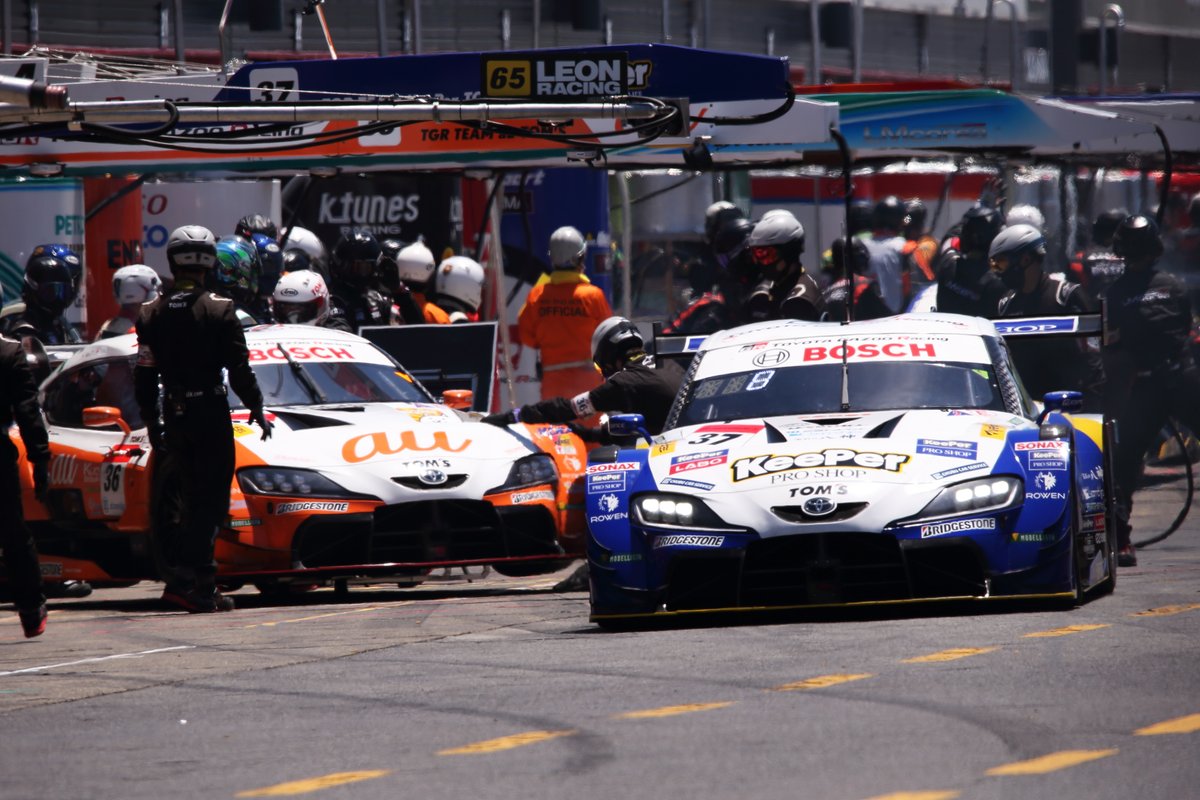 Ahead of the Motegi race, Baguette predicted that Honda would maintain its strong 2020 form at the Tochigi Prefecture track, and that came to pass as Team Kunimitsu pair Naoki Yamamoto and Tadasuke Makino earned their first victory of the season and the NSX-GT's second.

But the Belgian driver still feels the balance of power between Honda and Toyota depends on the track.

"Here we had a slight advantage on them, but at Fuji they are still faster because they have an advantage in straight line speed," he said.

"It will be interesting to see how strong we are at Autopolis and Sugo compared to them, as they are tracks where we didn’t go last year, but Suzuka I expect Honda to be strong again."

For his part, Hirakawa said he expects to see Nissan also join the fight for victory at Suzuka, where the GT-R took two wins last year.

"I don’t think it will be between just Honda and Toyota [at Suzuka], I think Nissan can come," he said.

"This time I was running behind car #3 [the NDDP/B-Max GT-R], and they weren’t bad. Next time the weight difference will be even bigger, so it will be all three manufacturers fighting."