Honda SUPER GT driver Bertrand Baguette admits he can't see a way to beat Toyota in this weekend's Okayama opener after the GR Supra contingent swept the top five on the grid.

Toyota managed to get all six of its cars through to the second segment of qualifying, with TOM'S pair Ryo Hirakawa and Sena Sakaguchi taking pole ahead of the remaining four Bridgestone-equipped GR Supras.

By contrast, Honda lost all three of its Bridgestone-shod cars in Q1, including the Real Racing machine of Bertrand Baguette and Koudai Tsukakoshi that qualified ninth.

Earlier in the day, Honda had locked out the top three times in practice around a track widely believed to be well-suited to the NSX-GT, and Baguette was at a loss to explain the marque's sudden loss of form.

"I'm surprised to be struggling so much," Baguette told Motorsport.com. "I knew we wouldn’t be at the front, but I was expecting maybe to be top five and not where we are.

"We had a messy practice session, we did some miscommunication on the set-up. We put things back together for qualifying but we missed a bit for Q2. If we made it to Q2 I think we could have been P5 or P6.

"Usually we are stronger in the races, but looking at the speed of the Bridgestone Toyotas, I don’t know how we can beat them. We need to clear the Yokohama [Bandoh Toyota] and Dunlop cars [Mugen and Nakajima Hondas] as soon as possible and then see what happens.

"I don’t know what tyre [the Toyotas] used, so we may have chosen a better tyre for the race. But I was expecting a top five in qualifying, so it’s hard to give any targets."

The ARTA Honda of Tomoki Nojiri was the slowest of the five Hondas in Q1, ending up 14th of the 15 GT500 runners despite topping free practice. 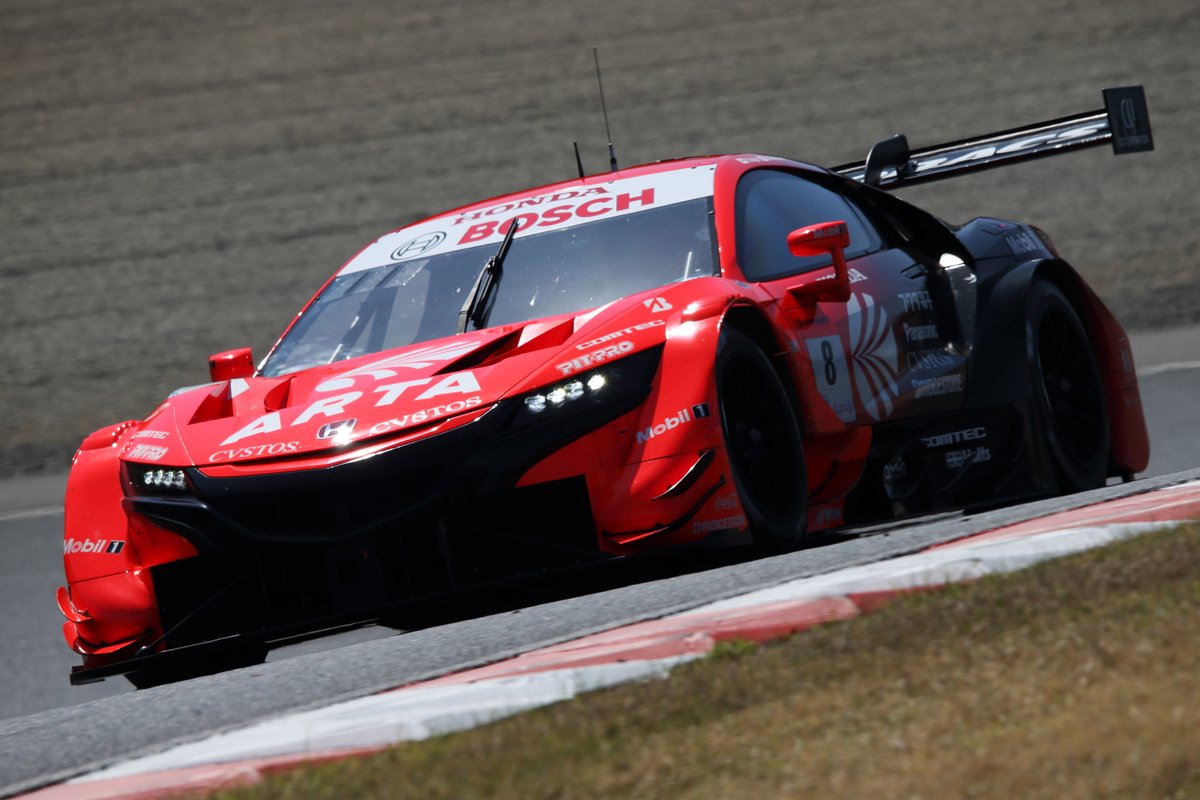 Nojiri admitted that the team wasn't sure how it was able to top practice after he went almost a second slower in Q1 than teammate Nirei Fukuzumi had managed earlier that day.

"The feeling in practice was not that good," he told Motorsport.com. "We made some changes to the set-up, but we couldn't fix the problems.

"Fukuzumi also didn't seem to have a good feeling with the car, but in the GT500-only running, the car suddenly changed its behaviour and he was able to set a good time. However, the team didn't fully understand why this happened, and in Q1 the car went back to its bad balance.

"I think everyone feels surprised that the Supras suddenly got faster. However, the other Honda teams using Bridgestone tyres also dropped out in Q1, so I think there is something wrong. All three Honda-Bridgestone teams need to work together to clarify the cause."

Baguette said he felt this weekend's Okayama-only Balance of Performance, which has forced all the GT500 runners to run with a reduced fuel flow of 90.2kg/h (down from the standard 95kg/h), might also be behind Toyota's sudden surge in form.

The Belgian pointed to Honda's struggles last year in some races in the second half of the season while carrying the fuel restrictors mandated as part of the success handicap system.

"We have seen in previous years that they [Toyota] manage that better than us," said Baguette. "When we had the third stage restrictor last year we lost all our speed, and the TOM’S cars could still be there. I don’t know if it’s all [because of] that, but I think it’s partly that."

However, when Baguette's theory was put to Nojiri, the ARTA driver doubted that was the case.

"Something went wrong, maybe also for the other Hondas, but the car wasn't well-balanced," Nojiri said. "If the car was perfect and we still lost, that would be something to investigate, but I think we haven't reached that point yet."

Kovalainen: No silver bullet for Toyota

The SARD Toyota of Heikki Kovalainen and Yuichi Nakayama was fourth-fastest of the five Bridgestone-shod Supras, with Nakayama just under seven tenths off the pace in Q2.

Asked for his opinion on Toyota's dominance in qualifying, ex-Formula 1 racer Kovalainen believed it was more a case of rival marques Honda and Nissan struggling than Toyota suddenly finding speed.

"It’s a bit of a surprise," Kovalainen told Motorsport.com. "I knew we had some performance in hand and that we didn’t show everything in testing, but I thought everyone else was doing the same.

"I don’t know what happened to the others. We didn’t go massively quicker than we did in testing, it seemed it was more the others dropped time or didn’t find anything." 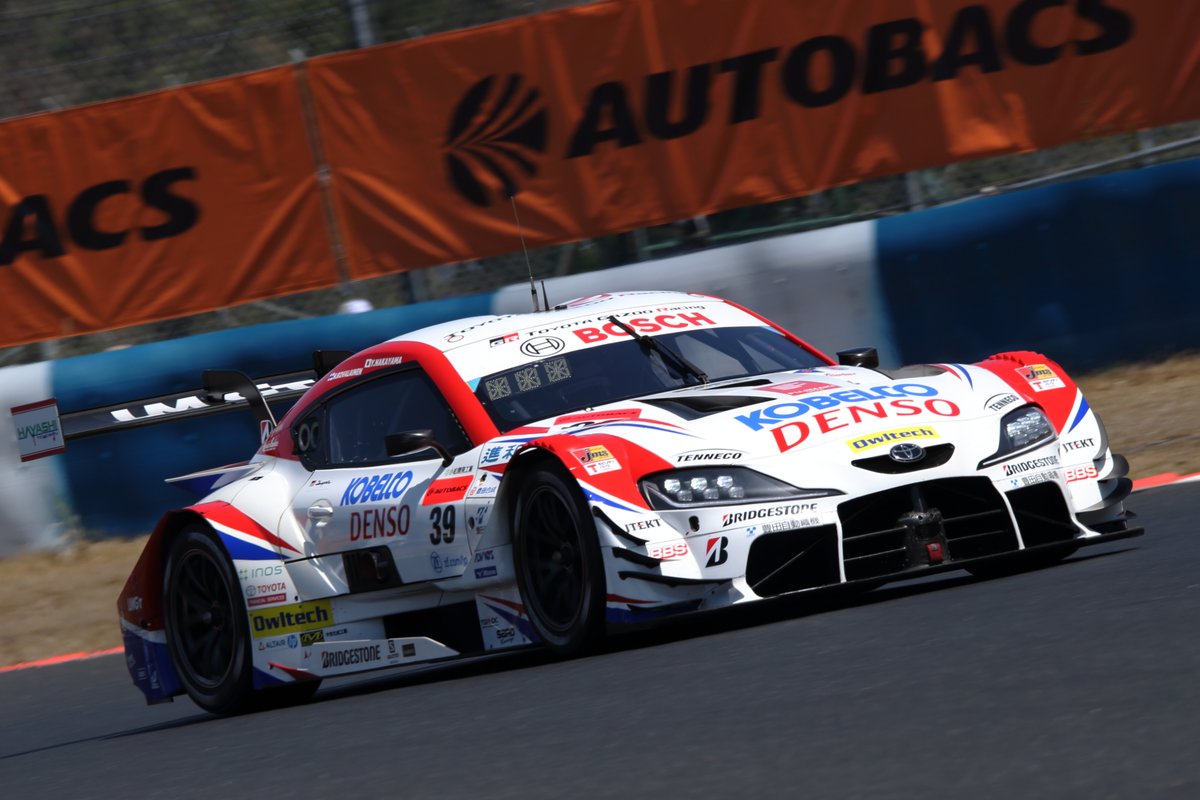 Asked how he felt Toyota was able to dominate at a track not considered to be a good fit for the GR Supra, Kovalainen said: "I don’t think we’ve found so much downforce, the regulations don’t allow it [with the development freeze], but we have been able to fine tune some suspension stuff, and also the tyres seem better matched to the car somehow.

"I think nobody has added a lot of pure performance, but more just being able to unlock more speed through the set-up. We’ve made a few small steps in different areas."