The chief engineer for the #37 TOM’S Toyota has shouldered the blame for the fuel shortage that cost Ryo Hirakawa the SUPER GT title.

Hirakawa and his teammate in the #37 Toyota GR Supra, Kenta Yamashita, dominated the season finale at Fuji Speedway from pole position, putting Hirakawa in position to become SUPER GT’s first solo champion since Ryo Michigami in 2000.

That was despite the gap between Hirakawa and the Honda of Naoki Yamamoto narrowing rapidly in the final 15 or so laps of the 65-lap encounter, with Yamamoto reducing what had been a 15-second advantage to just two seconds in the closing stages.

Hirakawa had looked to have just done enough to hang on until he dramatically ran out of fuel exiting the last corner on the last lap, allowing Yamamoto through to clinch the title for himself and his Kunimitsu Honda teammate Tadasuke Makino.

After the race, the chief engineer for the #37 side of the TOM’S garage, Masaki Saeda, said he took responsibility for what he suspects was a simple miscalculation.

“It’s difficult to say the reason, it’s not clear why the car ran out of fuel,” Saeda told Motorsport.com. “But I think it was a fuel consumption calculation mistake.

“Maybe it’s [a problem with] the system, but I don’t know, it’s not clear. Anyway, we needed a longer refuelling time during the pitstop.”

Asked when he first realised that Hirakawa was potentially in trouble, Saeda replied: “It was just two laps before the finish, when Ryo had the low fuel alarm.

“[He wasn’t saving fuel before] the low fuel alarm. We discussed [the situation] and I confirmed the fuel consumption from Ryo’s information, and there was nothing strange.

“So there was something irregular. After this result, I need to think more about the fuel and the timing [of the pitstop]. It’s my mistake.” 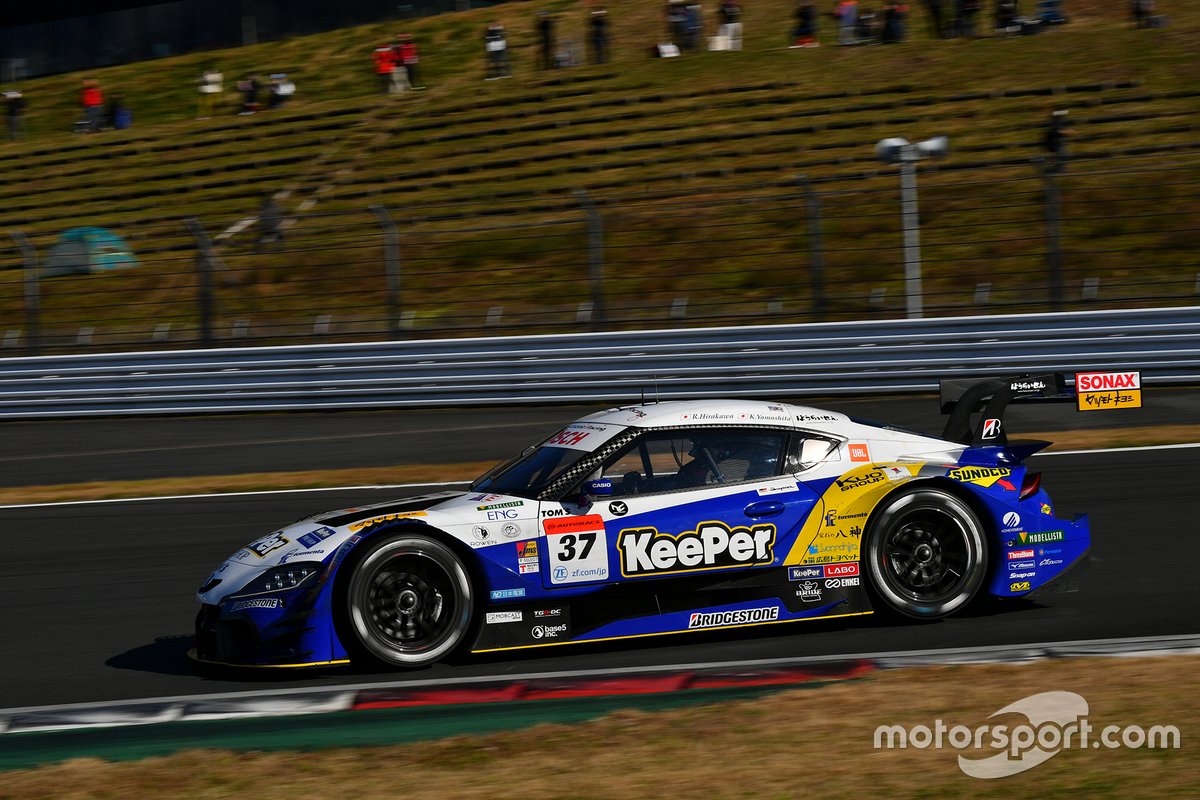 Yamashita had built up an 18-second advantage at the head of the field in his stint, pitting the #37 Toyota at the end of lap 23 - only one lap later than the start of the pit window, which opens at one-third distance.

On whether lap 23 seemed to be a safe time to bring Yamashita in, Saeda said: “Yeah, but the pit timing is too early from this result, this was also my mistake.”

The sister TOM’S car of Yuhi Sekiguchi and Sacha Fenestraz pitted one lap later, and had no problems making it to the end of the race in third place.

Asked whether the #36 car had any scares with its fuel, Fenestraz told Motorsport.com: “I think most cars were tight on fuel. Yuhi also had to save some fuel.

“I think the cold temperatures means the engine consumes more fuel, so maybe they were caught out by that because it was the first time [this season] it was so cold.

“It was unbelievable what happened at the last corner. Even though I’m not racing [in the #37], it was just a few hundred metres. It was heart-breaking to be honest.”