LONDON, ENGLAND, Friday 14 February, 2014: Lucas Ordonez, winner of the first-ever Nissan PlayStation GT Academy competition, will race in Japanese Super GT in 2014. After serving the ultimate Nismo apprenticeship - which has seen him take two international championship wins and two podium finishes at the Le Mans 24 Hours - the 28 year-old Spaniard will partner with Kazuki Hoshino in the NDDP Racing Nissan GT-R Nismo GT3 in the GT300 class.

This Super GT drive is just reward for the hard work Lucas has put in since winning GT Academy in 2008. Paired with the recent announcement that he will race Nissan’s revolutionary ZEOD RC prototype at Le Mans in June, it is going to be a very special year for the Spaniard.

"To race in Japanese Super GT has been one of my goals since I started my racing career,” said Ordonez. “It's a fully professional championship with official works teams competing so I will have a great chance to fight at the highest level and prove to everyone why I got this seat. The GT300 class will be very tough but we will push 100% to win the championship."

Super GT won’t be a completely new environment to Lucas as he raced in the Suzuka 1000kms and the Fuji Sprint Cup in 2013. 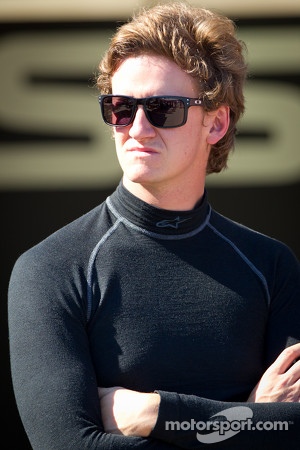 “Last year I had the opportunity to do two races in Japan at two of the most important race tracks there,” he continued. “I found that there is no room for any distractions or mistakes out there on the track. Everything is extremely professional and the tyre manufacturer battle means that track conditions are really tricky at any time. One of the things I enjoyed the most, apart from driving, was the quality of the fans. They are amazing and treat us all like heroes. It’s great to see so many of them turn out to support us during the race weekends."

FIRST FULL SEASON NISMO EXCHANGES Lucas is proof that GT Academy works. His victory in 2008, coupled with his determination to succeed has given him the opportunity to forge a career as a professional racing driver.

All of the winners of GT Academy who make the grade, as Lucas did, are eligible for the Nismo Global Driver Exchange, a programme that provides Nissans drivers opportunities to race all over the world. Lucas’ Super GT drive is the first of two full-season exchanges to take place.

To further highlight the success of the new programme and the international nature of Nissan’s motorsport activities, Japanese racer, Katsumasa Chiyo, will race full-time in Europe with the Nissan GT Academy Team RJN GT-Rs in the Blancpain Endurance Series, where he will join 2013 GT Academy winners Miguel Faisca, Stanislav Aksenov, Nick McMillen and Florian Strauss. The full line-ups tasked with defending Nissan’s 2013 Blancpain Pro-Am title will be announced soon.

“It’s a proud moment for me to see Lucas, our first GT Academy winner, make the grade and head off to Japan to race in Super GT,” said Nissan’s Director of Global Motorsport, Darren Cox. “To have a GT Academy winner race at the home of Gran Turismo in Japan is a fantastic achievement and, as Lucas found when he raced in Japan last year, the local fans love his story. He is a great example of what GT Academy is all about: take raw talent, nurture it, challenge it and watch it shine. I am also very pleased at the success on track and the response from the fans for our innovative Nismo Exchange programme. So far we have had 12 nationalities take part in races on four continents. The expansion to full year exchanges underlines the way the idea has caught on and is only one of many plans we have in 2014 and beyond to continue to globalise our motorsport activities. ”

Around the world in seven days with Lucas Ordonez