Yamashita had already broken his own benchmark from 2020 in free practice, but in the first segment of qualifying Yamamoto's Kunimitsu teammate Tadasuke Makino lowered the bar further with a best time of 1m26.000s aboard the #1 Honda NSX-GT.

Yamamoto was then the first driver to dip beneath the 1m26s barrier in Q2 with a 1m25.867s, which appeared to be enough for pole until Yamashita fired in a 1m25.764s in the dying moments of the session to take pole in the #14 Toyota GR Supra he shares with Kazuya Oshima.

The bonus point reduces the deficit between Yamashita/Oshima and Yamamoto to 19 points, but it means the Rookie Racing duo still have to win the race with Yamamoto finishing 10th or worse to have any chance of taking the title. 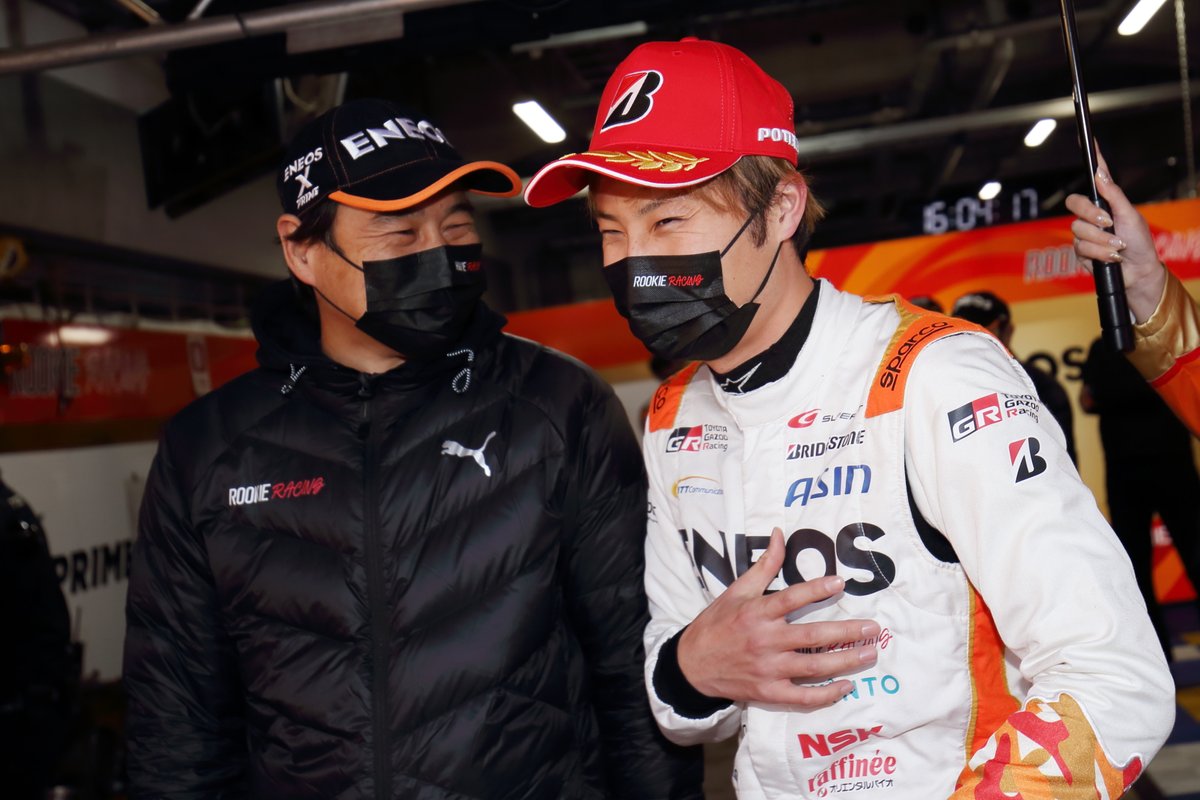 Ryo Hirakawa was third-fastest in the #37 TOM'S Toyota, followed by two other GR Supra drivers in the form of Sho Tsuboi in the #36 TOM'S machine and Heikki Kovalainen for SARD.

Yamamoto's nearest rivals in the championship, ARTA duo Tomoki Nojiri and Nirei Fukuzumi, will start sixth with Fukuzumi ending up 0.405s off the pace in Q2. However, Yamamoto failing to get the bonus point for pole means that a victory would be enough for the title even if Yamamoto is second.

Yuji Tachikawa (Cerumo Toyota) and sole Nissan representative Kohei Hirate (NDDP/B-Max) rounded out the order in a session in which the top seven all broke the pre-existing lap record.

The third of the title-contending Hondas, the #17 Real Racing machine of Koudai Tsukakoshi and Bertrand Baguette, was knocked out in Q1 as Tsukakoshi could only manage 10th behind the #23 NISMO Nissan of Tsugio Matsuda.

Kazuki Hiramine was a disappointing 14th-fastest in the last of the six mathematical championship hopefuls, the Impul GT-R.

Subaru took a step closer to a first-ever GT300 title as Hideki Yamauchi made it four poles from eight races this year at the wheel of the works R&D Sport BRZ. 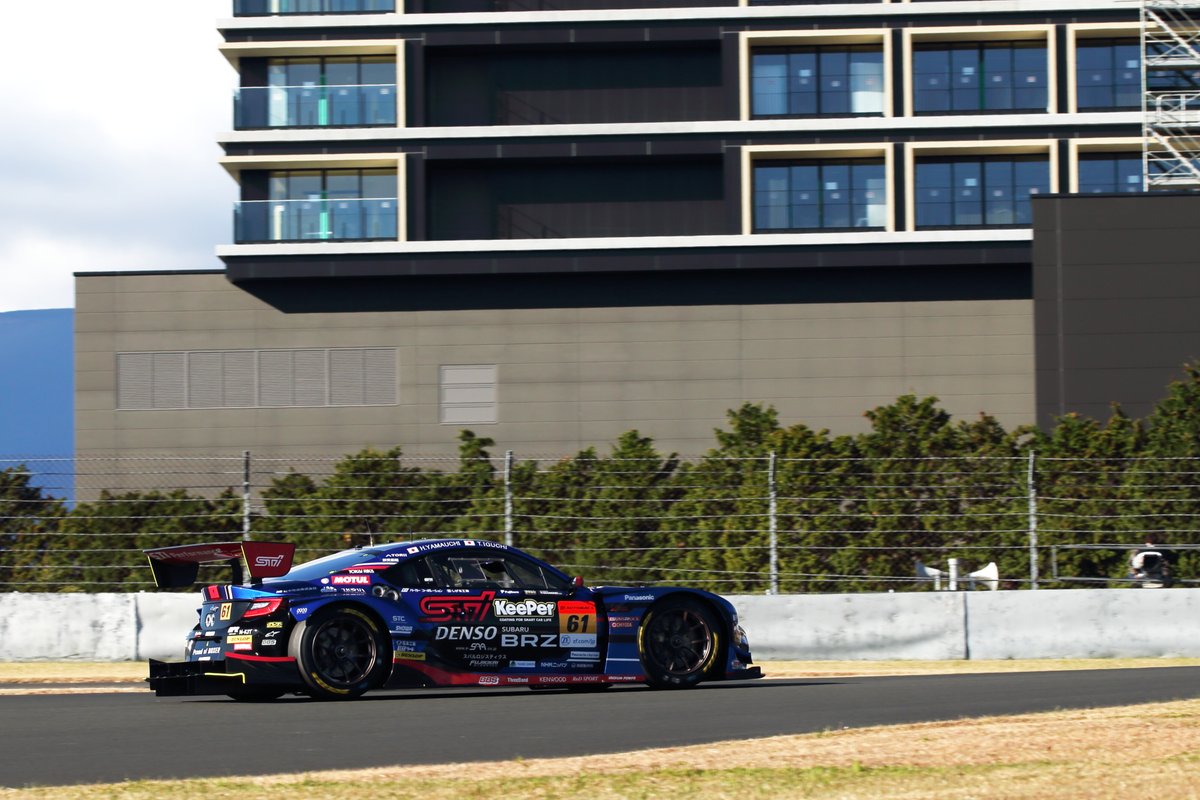 Both Yamauchi and his nearest rival in Q2, Saitama Toyopet Green Brave driver Kohta Kawaai, broke the pre-existing GT300 record at Fuji, with Yamauchi coming out on top with a 1m34.395s.

The bonus point means Yamauchi and Takuto Iguchi are now seven points clear in the standings, meaning a top-two finish in the race would be good enough to secure the championship.

Behind the leading two, Hiroki Yoshimoto made it two Toyota GR Supras in the top three in the LM Corsa machine in third, followed by Takashi Kogure in the best of the JLOC Lamborghini Huracan GT3s and Naoya Gamou in the LEON Racing Mercedes-AMG GT3.

Outside title contender Max Racing was the slowest of three GR Supra GT300 teams in ninth with Yuui Tsutsumi at the wheel.

Just two of the five teams that had any chance of fighting for the title made it out of Q1, with both the Kondo Racing Nissan GT-R NISMO GT3 and ARTA Honda NSX GT3 failing to make it out of their respective groups.

Kiyoto Fujinami was left just on the wrong side of the cut-off in Q1 Group B in ninth, leaving he and Joao Paulo de Oliveira 17th on the grid, while ARTA duo Shinichi Takagi and Ren Sato will start 20th.

For Gainer Nissan pair Katsuyuki Hiranaka and Hironobu Yasuda, failure to progress from Q1 marked the formal end of their title challenge, as they needed the bonus point on offer for pole.