Toyota SUPER GT team Racing Project Bandoh made it three pole positions in a row for this weekend's fourth round of the season at Fuji Speedway.

In a repeat of the all-Yokohama front row for SUPER GT's previous visit to Fuji in May, the #19 Toyota GR Supra shared by Yuji Kunimoto and Sena Sakaguchi led the Kondo Racing Nissan Z in the Q2 pole shootout.

Sakaguchi's best time of 1m26.178s was marginally slower than the lap with which he scored pole in May, but was a massive 0.635s quicker than Kohei Hirate's best effort in the Kondo Nissan.

It also continues Toyota's perfect streak of pole positions so far in the 2022 SUPER GT season.

A pair of Bridgestone-shod Toyotas make up the second row, with Ritomo Miyata putting the #37 TOM'S GR Supra in third ahead of Yuji Tachikawa in the #38 Cerumo car, which is set to serve a 10-second stop-and-go-penalty in the race.

Next up in fifth was the best of the Hondas and the only NSX-GT to make it through to Q2, the #8 ARTA car of Tomoki Nojiri.

Giuliano Alesi qualified the #36 TOM'S Toyota in sixth, ahead of Bertrand Baguette in the #12 Impul Nissan and Tsugio Matsuda aboard the #23 NISMO Z.

The two cars that jointly lead the championship heading to Fuji both dropped out in Q1, not helped by their stage one fuel flow restrictors.

Rookie Racing Toyota man Kazuya Oshima could only manage 10th, one place behind the Team Kunimitsu Honda, while Mitsunori Takaboshi was 14th of the 15 runners in the #3 NDDP Racing Nissan that won last time at Suzuka.

However, the #3 Nissan will gain a spot on the grid at the expense of the Team Mugen Honda, which qualified 13th but will drop to the rear due to Toshiki Oyu earning a four-place grid penalty.

LEON Racing scored pole in the GT300 class for the first time since the 2020 season opener in a much improved showing for the Mercedes-AMG GT3 Evo.

Naoya Gamou, who shares the #65 LEON Mercedes with Takuro Shinohara, posted a 1m35.550s in Q2 to edge out the works Subaru BRZ of Hideki Yamauchi by a scant 0.017s for the top spot. 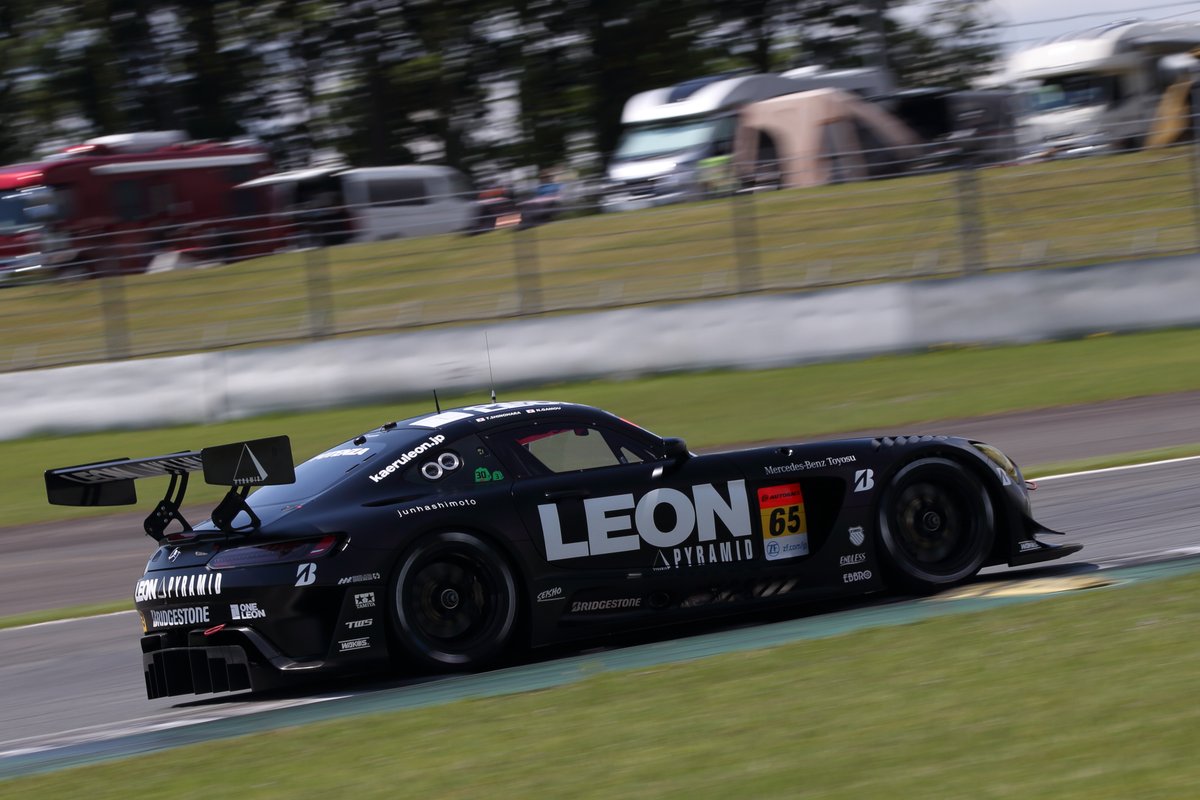 Goodsmile Racing's Nobuteru Taniguchi made it two Mercedes in the top three a further six tenths behind, also benefitting from a 5kg reduction in base weight for the AMG GT3 this weekend.

The two Gainer Nissan GT-R NISMO GT3s had topped their respective groups in Q1, but come Q2 Ryuichiro Tomita ended up fourth-fastest in the #10 car, while Hironobu Yasuda was ninth in the sister #11 car.

Augusto Farfus put the Studie BMW M4 GT3 eighth on the grid on his return to SUPER GT, having missed the previous round at Suzuka owing to a clash with the Nurburgring 24 Hours.

Farfus and teammate Seiji Ara will compete at Fuji as a duo after the team's third driver Tsubasa Kondo, who replaced Farfus at Suzuka, was forced to withdraw after a positive COVID-19 test.