Honda is in a strong position to wrap up the SUPER GT title in this weekend's Fuji Speedway finale, but for two drivers in particular there's much more at stake, as Naoki Yamamoto eyes revenge for his defeat to Tomoki Nojiri in Super Formula.

Although there are six crews in mathematical contention for GT500 title honours this weekend at Fuji, the reality is that Honda is overwhelmingly likely to stage its first-ever successful title defence in SUPER GT's top class.

First, second and third in the standings are occupied by NSX-GT crews: Naoki Yamamoto leads the way on 60 points despite failing to score last time out at Motegi in the #1 Team Kunimitsu car he shares with Tadasuke Makino (who can’t win the title by virtue of missing the Okayama season opener); ARTA duo Tomoki Nojiri and Nirei Fukuzumi are on 55 points after their Motegi win; and Real Racing’s Bertrand Baguette and Koudai Tsukakoshi are on 52.

With just five points splitting the top two crews, Saturday’s qualifying session will be crucial. If Yamamoto and Makino can get the all-important bonus point for pole, it would afford them the luxury of being able to finish second behind Nojiri and Fukuzumi in the race. If they can’t, then a win would be enough for the ARTA drivers whatever else happens (Nojiri and Fukuzumi would take the title on countback if they win and Yamamoto is second).

For Baguette and Tsukakoshi, qualifying makes no material difference: realistically, they have to win and hope that Yamamoto doesn’t finish second, with or without the bonus point for pole.

Despite the cautious words of Honda SUPER GT project leader Masahiro Saiki after the Motegi race, where he pointed to Yamamoto and Makino’s failure to score for the first time this season as evidence that back-to-back titles can’t be taken for granted, the chances of Toyota or even Nissan pulling off a miracle turnaround are virtually non-existent.

With the nearest non-Honda crew - TOM’S Toyota pair Yuhi Sekiguchi and Sho Tsuboi - facing a 16-point deficit, it means that even if the #36 car bags pole, Yamamoto and Makino only need to finish fifth to end Toyota’s hopes. Failing that, third for Nojiri and Fukuzumi or second for Baguette and Tsukakoshi would likewise be good enough to give Honda the title.

Indeed, given the recent form of all three Bridgestone-shod NSX-GTs at Fuji (Baguette and Tsukakoshi won the Fuji 500km in May, Nojiri and Fukuzumi probably would have without a penalty and Yamamoto was fourth despite qualifying at the very back), you’d have to be brave indeed to bet on any marque other than Honda uncorking the champagne on Sunday evening. 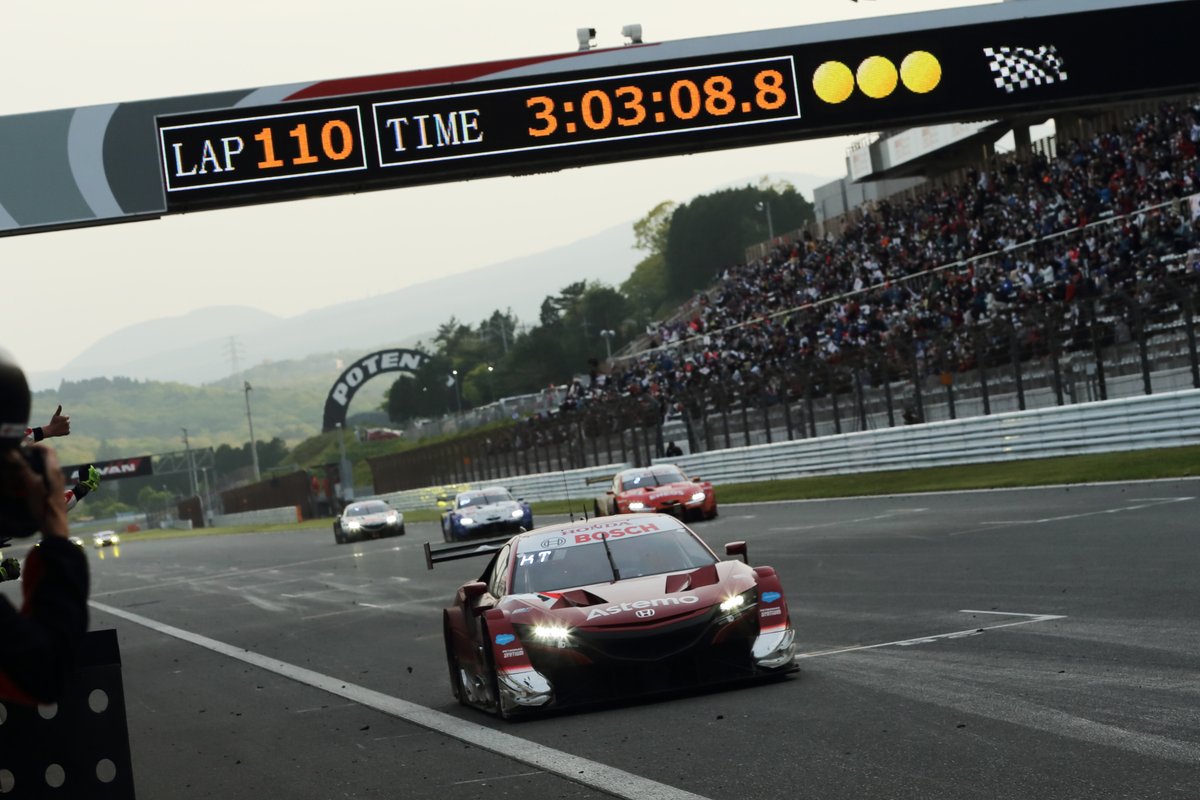 So, if we accept the premise that a Honda crew is almost sure to come out on top, there’s a great deal of intrigue concerning which of the three teams comes away with the big prize.

For Team Kunimitsu, the undoubted benchmark for consistency since the the arrival of the front-engined NSX-GT last year, a third GT500 title in the span of just four years would be an unprecedented achievement, particularly as it only split from service provider Mugen after the 2016 season. In four seasons as an 'independent' team, it has already won the title twice.

It would also make the squad by far the most illustrious in the Honda stable, moving it two titles clear of ARTA, Dome and Mugen, which all have a single triumph apiece to their credit.

Real Racing is the only team of the Bridgestone Honda trio that has never won the title, which is something that team boss Katsutomo Kaneishi would dearly love to put right - and in the process eradicate the painful memories of last year’s missed chance. Considering the dramatic way last year's title was decided, it's easy to forget that it was in fact Baguette and Tsukakoshi who jointly led the standings with TOM'S man Ryo Hirakawa going into the finale.

Of the five drivers in contention, only Yamamoto - who is bidding to become the first solo GT500 champion since Ryo Michigami back in 2000 - has won the title before, so an ARTA or Real Racing triumph would provide two new names for the GT500 roll of honour. But there’s more at stake than just that - for Yamamoto and Nojiri, it’s about who is really Honda’s top dog. 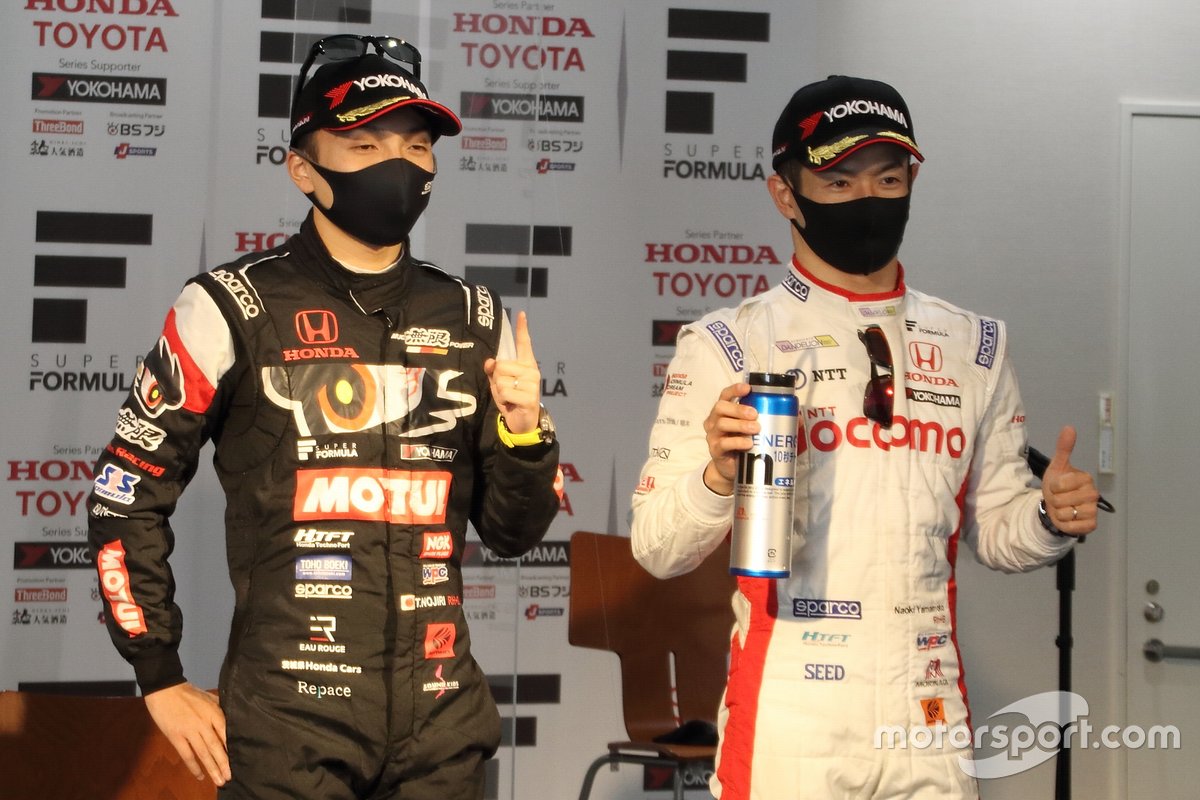 In Super Formula, Yamamoto endured a dismal title defence this year, and was powerless to stop his title slipping away to a rival from within the Honda stable for the first time since the start of his tenure in the series in 2010. Yamamoto’s reaction to Nojiri's success, which can be viewed here, speaks volumes as to just how competitive he is.

Nojiri on the other hand has the chance to do what Yamamoto did in both 2018 and 2020, which is to win the SUPER GT and Super Formula titles in the same year - hitherto an extremely rare achievement and essentially the holy grail of Japanese domestic motorsport.

In 2018, Yamamoto became only the fourth driver to achieve the feat after Pedro de la Rosa (1997), Satoshi Motoyama (2003) and Richard Lyons (2004), and became the first to do so exclusively at the wheel of Honda-powered machinery. After his Super Formula humiliation, he will be determined that Nojiri does not gain access to this highly exclusive club.

Nojiri equally will be aware of what is at stake. Chances to do the ‘double’ don’t come around often, and there’s no guarantee that his current pre-eminence in Super Formula will last. After all, not since Tsugio Matsuda in 2008 has anyone successfully defended their title in the series.

Equally, in SUPER GT, next season provides a reset of sorts for all three GT500 manufacturers, as Nissan prepares to retire the venerable GT-R in favour of the new Z and Honda likewise gets ready to do battle with the ‘Type S’ version of the NSX. Toyota doesn’t have an all-new model to introduce, but will take advantage of the chance to update the bodywork of the GR Supra.

It’s impossible to predict which of the three manufacturers will have the upper hand in 2022, but whatever happens at Fuji on Sunday, it's safe to declare Honda the ‘winner’ of the first segment of this current GT500 rules cycle. The NSX-GT has won eight of the 15 races held under the ruleset so far, so even if Nissan (currently on four wins) or Toyota (three wins) sneaks one more victory this weekend, Honda will have won half of the races since the start of last year.

In that sense, it’s fitting that the battle for 2021 season honours has essentially boiled down to a shootout between three NSX-GTs. May the best team win! 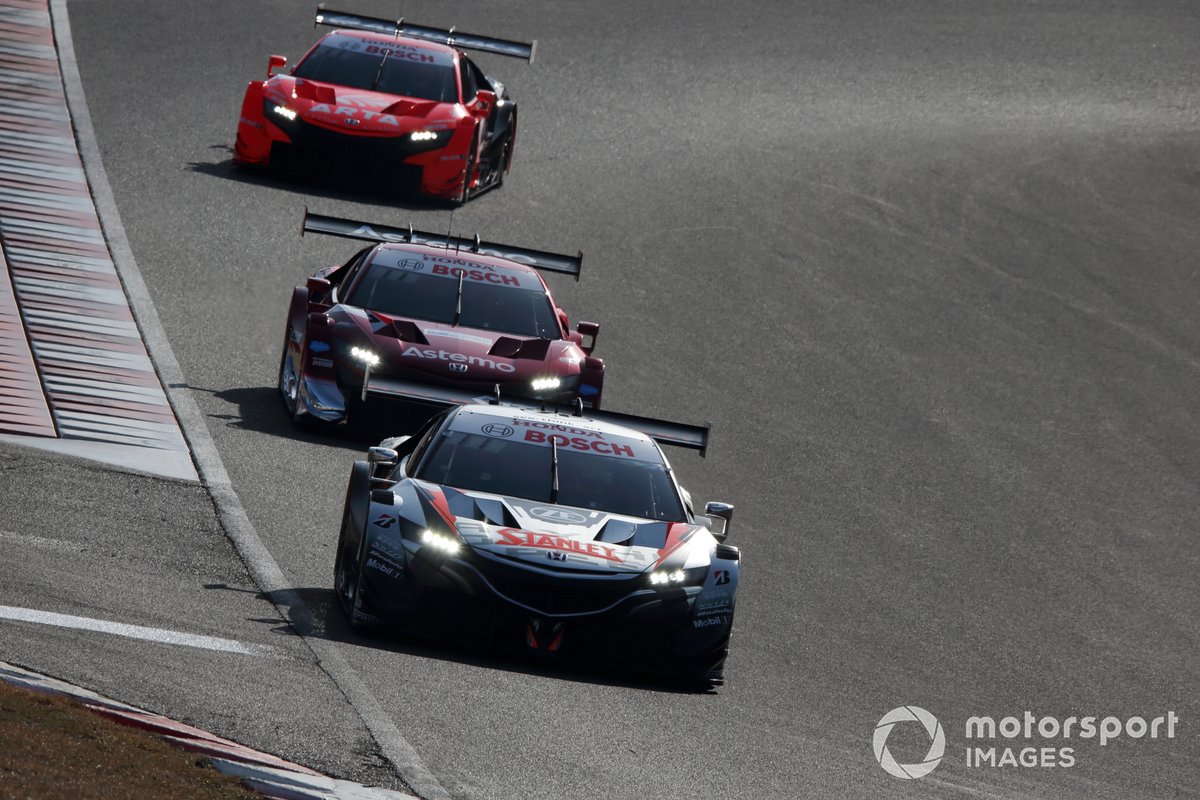