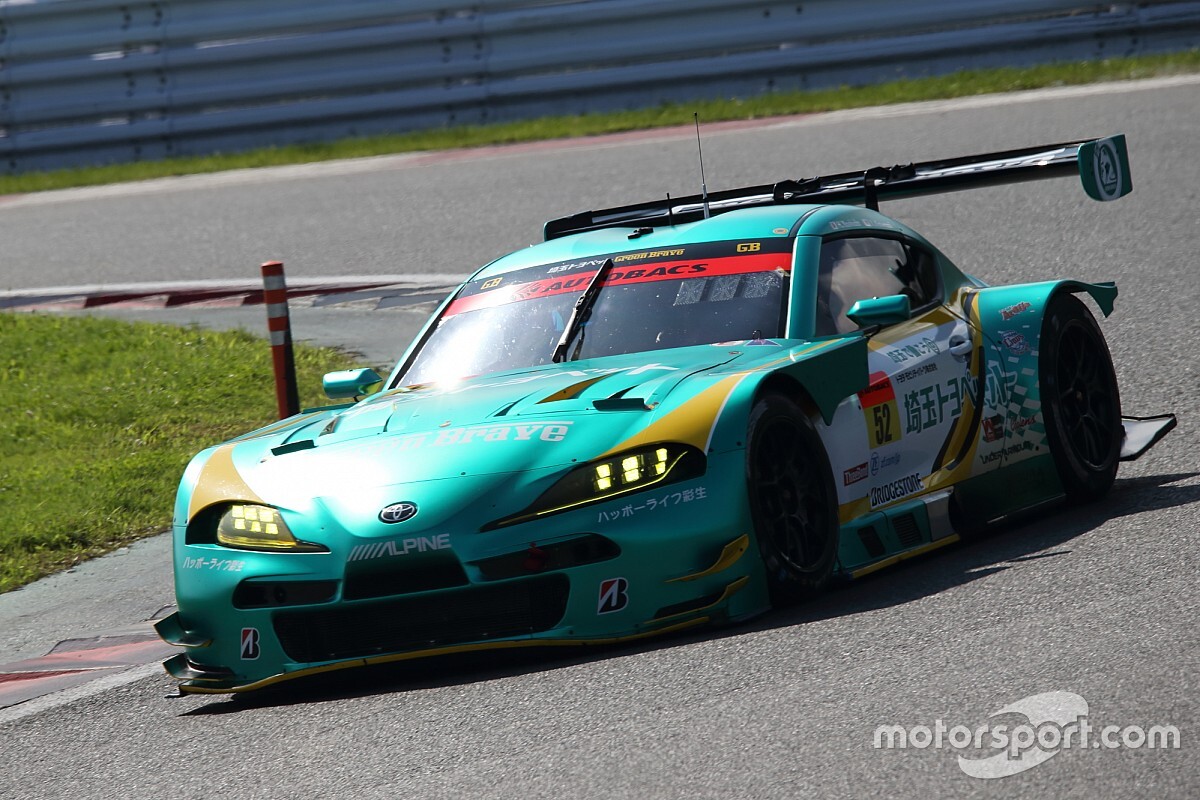 SUPER GT has moved to ban no-tyre change pitstops in the GT300 class for next weekend's second round of the season at Fuji Speedway.

During the season opener at the same track, the Saitama Toyopet Green Brave squad delivered the new Toyota GR Supra GT300 a win on its debut (pictured top), saving time in the pits by not changing any tyres during its mandatory stop.

However, new rules coming into force for the second Fuji round on August 9 state that all four tyres must be changed at the same time as the driver change is carried out.

This also prevents teams from opting to change only two tyres. The new rule does not apply when a car starts the race on wet tyres.

There is no change to the rules in the GT500 class.

The Team Thailand Lexus RC F GT3, which missed the Fuji opener but is on the entry list for the second race, has been placed in Group B. Further details can be seen below.

Saitama Toyopet's Supra will be carrying an additional 60kg of ballast as a result of its victory, with each point in the GT300 standings now worth 3kg of extra weight.

Qualifying groups for GT300, Round 2:

The fastest eight cars from each group will progress to Q2