Carrying no success ballast, Ritomo Miyata set a new lap record of 1m26.496s at the wheel of the Yokohama-shod Toyota GR Supra he shares with Yuji Kunimoto in Q2.

That was than three tenths up on the existing record set by Kenta Yamashita in qualifying for last year’s season finale, and enough to edge out the ARTA Honda NSX-GT of Nirei Fukuzumi (8kg) by just three thousandths of a second at the end of the session.

It marks both the Bandoh team’s and Kunimoto’s first pole since the 2016 Thailand race, as well as Miyata's first in a GT500 car.

Bridgestone-shod Toyotas locked out the next four places on the grid, with the Cerumo car of Yuji Tachikawa (10kg) taking third place, 0.535s off the pace, ahead of the TOM’S cars of Yuhi Sekiguchi (30kg) and Sena Sakaguchi (24kg) in fourth and fifth places.

The Okayama race-winning Rookie Racing GR Supra, carrying the maximum 40kg of ballast, was fastest in Q1 with Yamashita at the wheel but in Q2 was only sixth-fastest in the hands of Kazuya Oshima.

Best of the Nissans was the ballast-free #23 NISMO car of Ronnie Quintarelli in seventh place, while the SARD Toyota of Heikki Kovalainen (16kg) rounded out the Q2 order.

Honda lost four of its five NSX-GT contenders in Q1, with the Dunlop-shod Hondas of the Mugen and Nakajima Racing teams the fastest of those to drop out in the opening session and completing the top 10, while Nissan lost three of its four GT-Rs.

The remaining Bridgestone Hondas of Real Racing (12kg) and Team Kunimitsu qualified 11th and 15th respectively, with Naoki Yamamoto surprisingly slowest of all in the latter car despite only carrying 6kg of ballast. 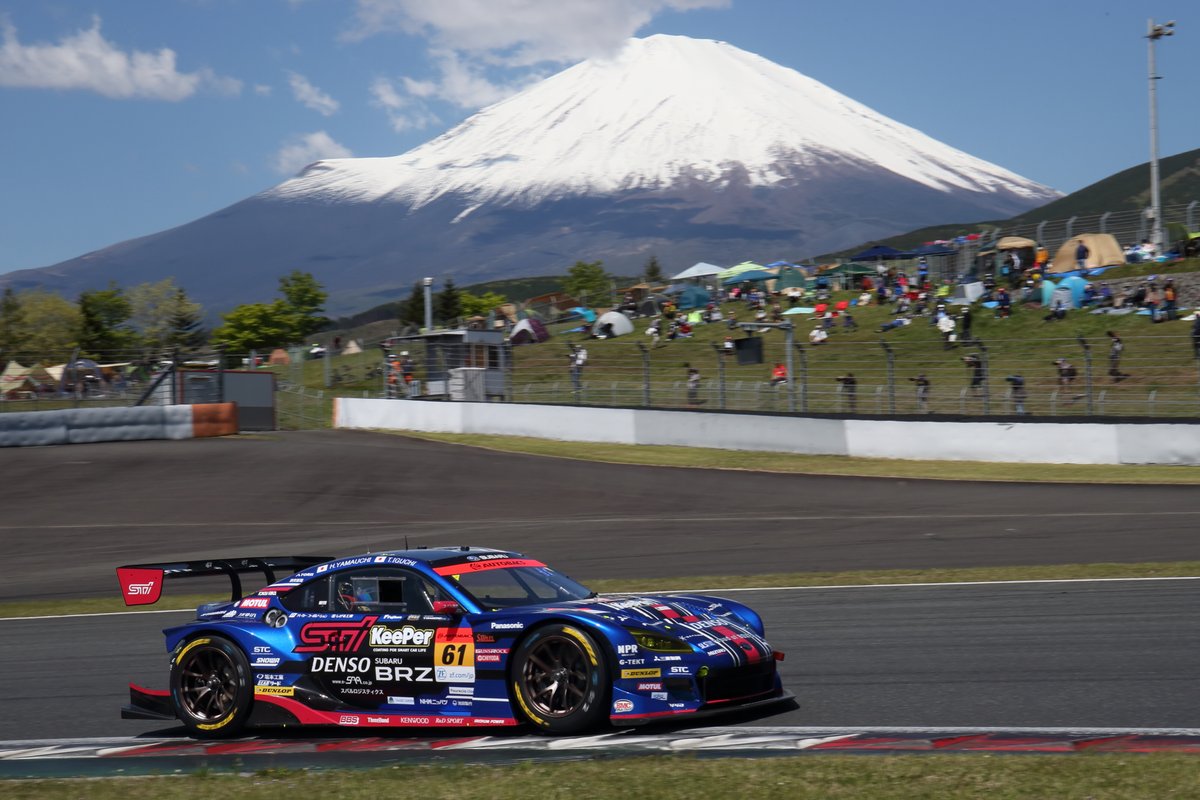 Subaru scored the first pole position for its all-new BRZ, as Hideki Yamauchi set the quickest time of 1m35.343s in the GT300 class pole shootout.

Likewise aided by carrying no success ballast, Yamauchi outpaced the ARTA Honda NSX GT3 of Ren Sato by 0.142s, the only FIA GT3-rules car to qualify inside the top five.

The Kondo Racing Nissan GT-R of Kiyoto Fujinami and Joao Paulo de Oliveira, which won at Okayama and is carrying the maximum 60kg of ballast, dropped out in Q1 and will start Tuesday’s race from way down in 26th.