The idea of SUPER GT racing in the United States today seems so ambitious as to be bordering on the absurd. But the series’ forerunner did just that back in 2004 with a one-off exhibition event at Fontana. 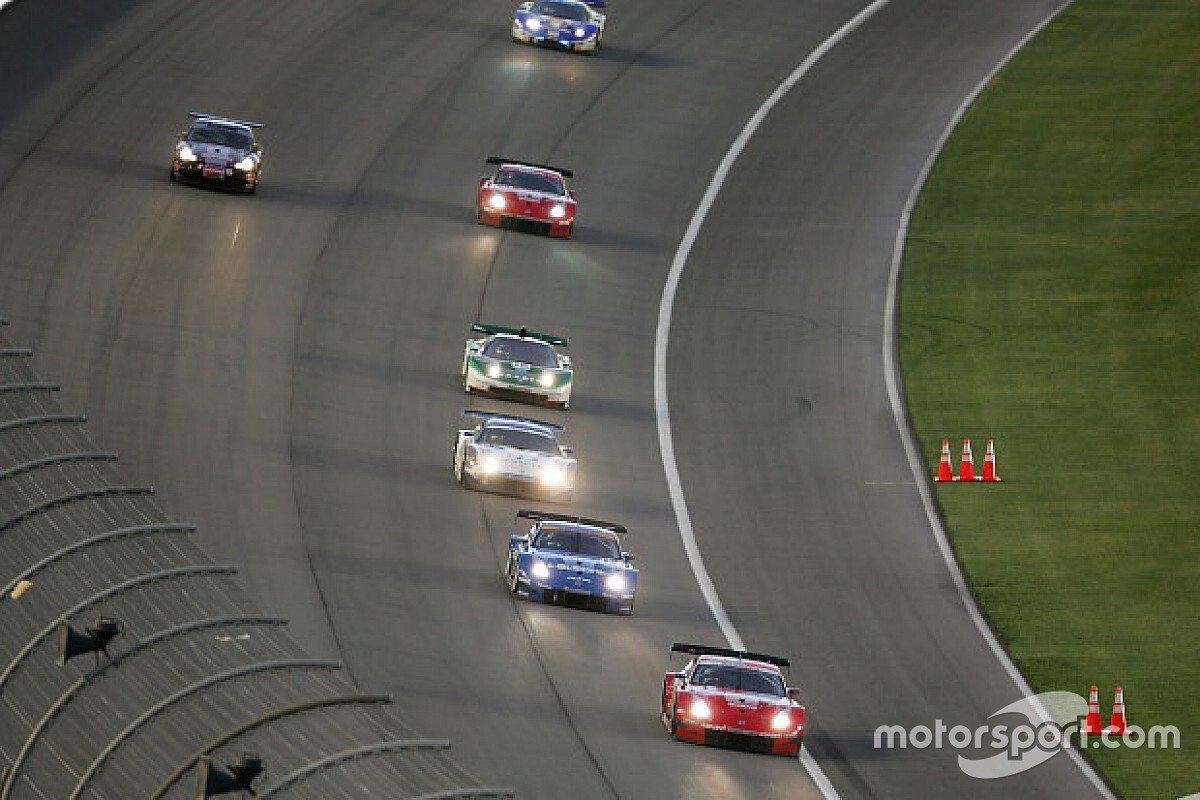 In the early 2000s, the GT Association, which runs what was then known as the All-Japan GT Championship, was in an adventurous mood. Having successfully established an exhibition round in Malaysia in 2000, which became a full points-paying round in 2002, the increasingly international series was eyeing up other ways to expand its horizons.

Plans to have a race in Shanghai in 2003 ultimately came to nothing, but the following year two exhibition races were on the schedule – one in Zhuhai in May and the other at California Speedway in Fontana in December. The former never happened, but the latter did, marking a memorable first and, so far, only foray into the US for the championship.

What came to be known as ‘GT Live’, which also featured D1GP drifting on the bill, was sanctioned by the Sports Car Club of America. But the real driving force behind the event was a Santa Monica-based marketer called Randy Grube and his Paramax consulting firm, which is said to have spent some $2m on getting the event off the ground. 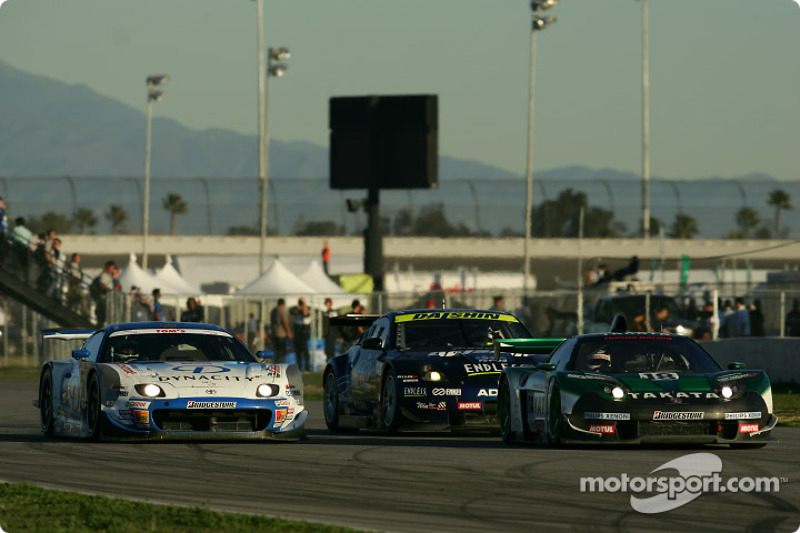 In a subsequent interview with Import Tuner magazine, Grube revealed that his inspiration for GT Live was a trip he had made to a JGTC race after an invitation with series title sponsor Autobacs, with which he had worked previously. Grube’s goal, he said, was to make an “X-Games for cars”, referring to the action sports competition that gained popularity in motorsport circles when it added a rallying contest in 2006 featuring a certain Colin McRae.

Plans were made for a 200-mile race – the ‘JGTC All-Star 200’ – to be held on the Saturday evening, using the 2.3-mile road course that incorporated part of the Fontana oval, and then a pair of one-driver sprint races on Sunday using the 1.5-mile interior infield course.

Fourteen of that year’s GT500 contingent were initially slated to take part, but in the end 10 cars (four Nissan 350Zs, four Honda NSXs and two Toyota Supras) made the trip. The field was bulked out by 15 cars in the GT300 ranks, 11 from Japan and four local entries. But by the time of qualifying, two of the US-sourced cars had dropped out, and of those two only one – a Porsche shared by Geoff Escalate and Blake Rosser – took the start.

Unfortunately, fairly early on in the weekend it became clear that the track itself wasn’t up to standard. Morio Nitta, driving the exotic-looking ASL Garaiya in the GT300 class, commented after Friday practice: “The track is too narrow for GT cars. You can’t pass and being passed is dangerous. The run-off zones are also dangerous because there are many concrete areas.” The infield section was also criticised for being too bumpy. 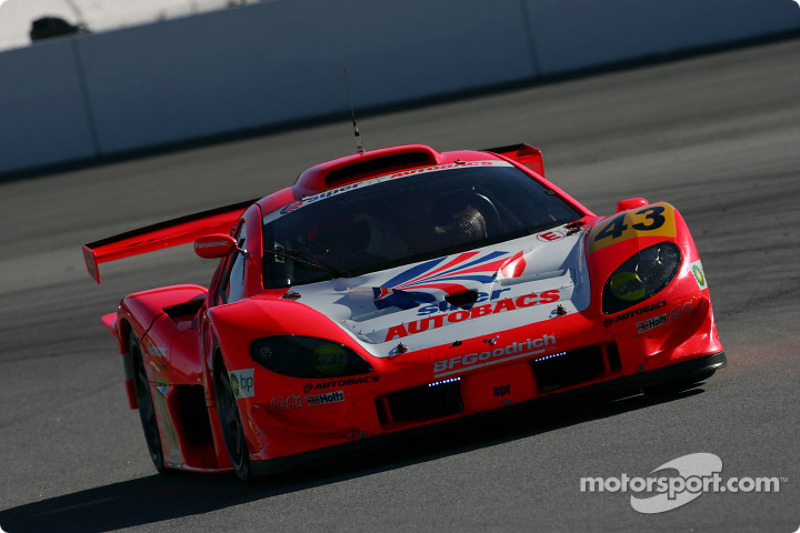 Another quirk of the layout was a temporary chicane installed on the oval portion of the track to slow the cars. Andre Lotterer, present for the Nakajima Racing Honda squad, recalled in a recent conversation with Motorsport.com: “There was a dilemma for the chicane. We talked in the drivers’ briefing about whether to keep it or not.

“I think we voted to take it out but just [Masahiro] Hasemi, the team boss, was against it, so we had to keep it. Everyone was shocked! And I don’t know if he even understood, because his English is not so good. He was the only one not agreeing.”

As it turned out, Lotterer and the Hasemi Motorsport Nissan were the protagonists of a controversial 87-lap race. Lotterer and his teammate in the Nakajima Honda, Tsugio Matsuda, triumphed on the road, only to lose the win some two hours after the chequered flag on a technicality, handing honours to Hasemi duo Toshihiro Kaneishi and Erik Comas.

The rules specified that two mandatory stops had to be made, but that any stops made during the first 15 laps wouldn’t count. When the safety car came out after the ASL Garaiya stopped on-track on lap 14, Nakajima was one of a handful of teams to pit, but this was adjudged not to count. The Hasemi car had done likewise, but when a second caution was called on lap 68, the team completed a third pitstop, just to be on the safe side. 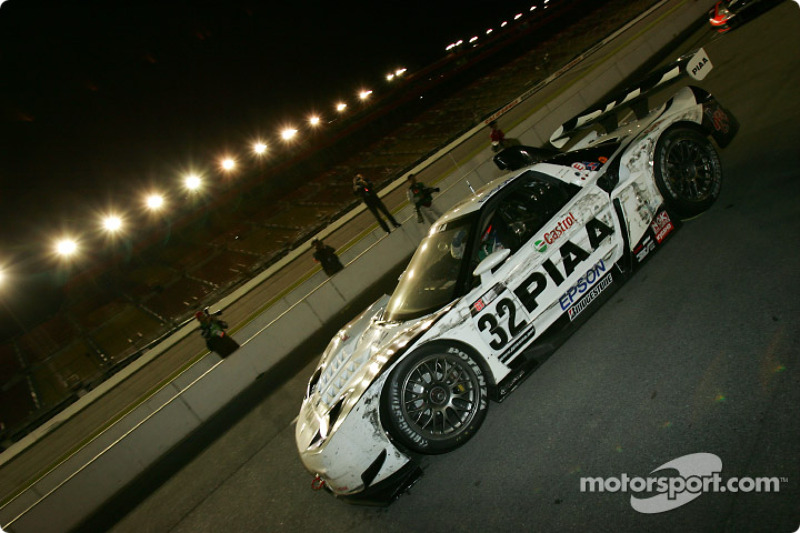 Normally, this would have resulted the car shared by Kaneishi and Comas falling down the order, but with no official at the end of the pitlane, Kaneishi was free to simply filter back into the pack without losing any places and challenge Matsuda’s Honda on fresh tyres. The Nakajima car hung on to win by a little more than a second, but the 60-second penalty Matsuda and Lotterer received demoted the pair to second. The Kraft Toyota of Naoki Hattori and Shigekazu Wakisaka was third after being hit with an identical penalty.

The format of Sunday’s event was subject to a last-minute format change. Originally, the results of Saturday’s race should have dictated the grid for the two short sprints, but instead the first race was replaced with a fresh qualifying session, leaving just a single 25-lap sprint that featured a measly 15 starters – the result of four cars, including both works NISMO Nissan 350Zs and the Impul Nissan, withdrawing immediately before the start.

That left Lotterer, who had qualified second behind the Nissan of Richard Lyons, on pole, and the German duly delivered a dominant win to make up for Saturday’s disappointment.

“The race itself was fun, it was exciting to go there,” recalls Lotterer, who had just completed his second JGTC season and was eighth in that year’s standings with Matsuda. “The paddock was full, there were other people doing exhibitions tuning cars and stuff like that. There were a lot of suppliers, small exhibitors in the paddock that were cool to see.” 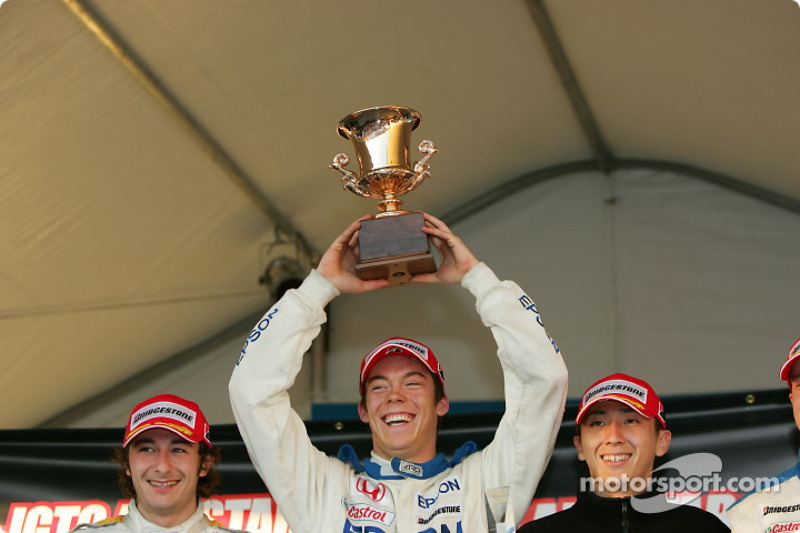 Attracting an estimated 45,000 spectators over two days, comparable to the crowd Fontana pulled for that year’s IndyCar race, the inaugural ‘GT Live’ can be said to have been a qualified success despite the various teething issues. Reports of the time also remarked on the demographic of the crowd being much younger than the average motorsport event, perhaps not a surprise considering California’s Japanese tuner car culture.

Off the back of that, plans were drawn up for another go in 2005, which would have taken place again at Fontana in December, and Grube also revealed plans to expand the event the following year to the east coast of America. But no agreement could be reached with the GTA, and ‘GT Live’ metamorphosed into a more drifting and time attack-focused event for 2006, sharing the bill with two Grand Am events that year at Phoenix and Virginia.

Benoit Treluyer, who shared the Impul Nissan with Yuji Ide (who was still a year and a bit away from achieving Formula 1 infamy with Super Aguri at this stage), has his opinion on why the JGTC’s Fontana experiment was never repeated.

“When you have two different countries organising an event, and when you have the Japanese and the Americans, they are not agreeing on many things,” the Frenchman told Motorsport.com. “The way to negotiate [with someone from another culture], you can’t learn it in a book. You have to live in the country. This is a very difficult point, I think. 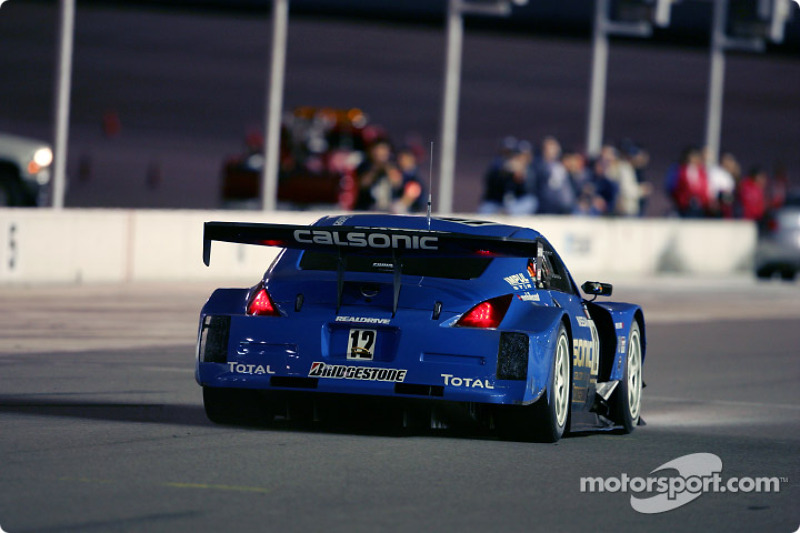 “At the end we [Impul] didn’t do the race on the second day because of the safety problems and they weren’t agreeing on something. It was really fun for us as drivers. Of course, Fontana was not the best circuit, it was really bumpy, but for a first try it was good.

“But in the end, if you try in these conditions, it’s almost certainly not going to work, because the Americans underestimated the cars. That’s why the safety was not there and why the troubles came. It would have been better to do it on a more appropriate circuit and they could have done something better for the future.”

In his Import Tuner interview, Grube also suggested that the JGTC teams and drivers may have objected to sharing a bill with D1GP, which appeared to garner at least as much attention from those present as what was ostensibly the main event. Interestingly, D1GP still made the trip across the Pacific to California again in 2005, even after that year’s ‘GT Live’ was cancelled in the wake of failed negotiations with the GTA.

Maybe it was a case of the right event at the wrong venue; perhaps the GTA just didn’t share the same vision as Grube for how the event would evolve in the future; or – as so many of these things do – it may have just boiled down to cold, hard cash in the final analysis.

Whatever the cause, it’s hard to imagine another local promoter willing to bear so much financial risk coming along in today’s climate, which sadly means that the Fontana exhibition race may forever remain a quirky, but fondly remembered, footnote in SUPER GT history. 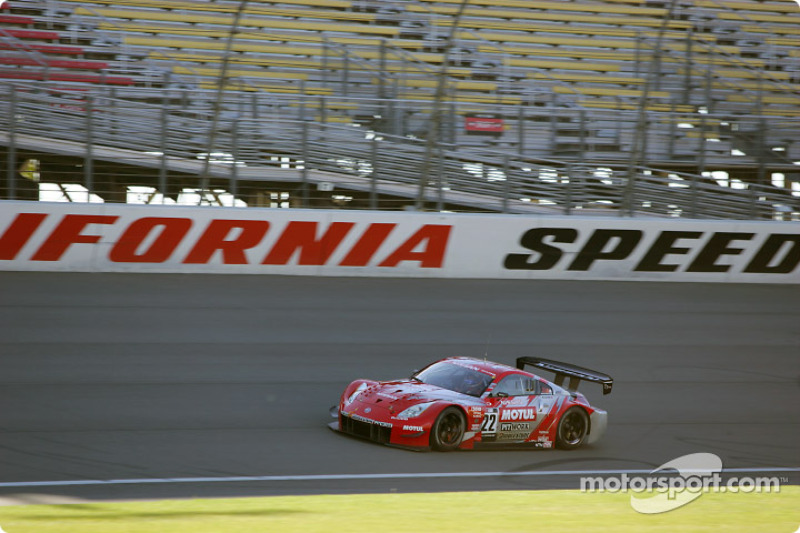