Ferrari returns to SUPER GT after an absence of three seasons this year thanks to a new tie-up between Pacific Racing and CarGuy Racing.

The Italian marque will be represented in the GT300 ranks of the Japanese series for the first time since the 2017 season, with CarGuy owner Takeshi Kimura and Kei Cozzolino sharing a solo Ferrari 488 GT3 using Yokohama tyres.

It also marks a return to SUPER GT for CarGuy, which previously campaigned a Honda NSX GT3 before quitting after the 2018 season to focus on the Le Mans 24 Hours.

Pacific Racing entered into a tie-up with Aston Martin squad D'station Racing for the 2020 season, but it emerged late last year that the alliance wouldn't continue into 2021.

Cozzolino was drafted in by D'station to replace the absent Nicki Thiim last year, contesting the majority of the season alongside Tomonobu Fujii. He also partnered Kimura for both of CarGuy's Le Mans appearances with Ferrari GTE machinery in 2019 and 2020.

Ferrari becomes the 10th different brand to be represented on this year's GT300 grid, along with Audi, Mercedes, Porsche, Toyota, Nissan, Honda, Subaru, Lexus and Lotus. 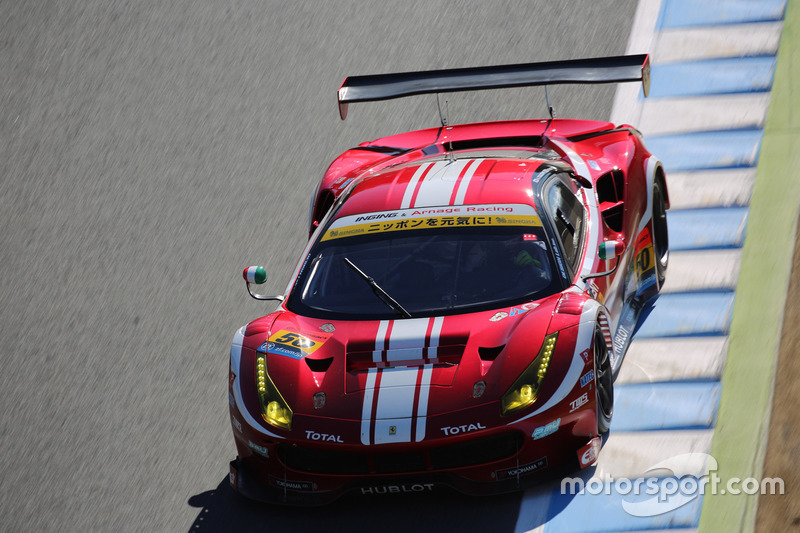 The last team to field the 488 in SUPER GT was Arnage Racing in 2017, in conjunction with Inging, before the team switched to Mercedes machinery the following year. LM Corsa also used the car in 2016 before it became an exclusive partner of Toyota/Lexus.

It's unclear whether Aston Martin and D'station, which is racing in the WEC this year, will return following the end of their relationship with Pacific.

GT300 teams and drivers so far:

* not yet officially announced