With Mugen joining the Dunlop SUPER GT stable this year, there was every reason to think the team could eclipse fellow Honda squad Nakajima Racing. But, halfway through the season, the tyre manufacturer believes its best hopes of a win this year lie with the more established team.

Last month's fourth round of the season at Suzuka was a race that promised much for Dunlop, which is still searching for a first GT500 win in four years, as the two Honda NSX-GTs it supplies locked out the front row in qualifying.

But after the #64 Nakajima Racing entry that had started on pole was removed from contention by an early brake failure-induced crash, the #16 Mugen car slid from an inherited lead all the way down to a lowly ninth place at the finish.

Key to that disastrous result was a misguided switch to a harder compound of tyre mid-race, as Toshiki Oyu’s struggles in the first stint convinced the team that a change was necessary. But falling temperatures in the latter part of the race only made the situation worse.

But Ukyo Sasahara, who took over from Oyu for that long, painful second stint, hinted in a post-race interview with Motorsport.com that the competitiveness of the tyres were not the only thing to blame, hinting at set-up issues with the Red Bull-liveried Mugen NSX-GT.

“They were struggling with pick-up,” Yasuda said. “The reason that car has pick-up is partly related to the tyre profile itself, but also the car set-up.They are not using the rear tyre efficiently.

"They are just using the edge of the rear tyre, overheating the outside shoulder, and the inside of the rear tyre is not making contact with the ground, so it’s hard for them to keep the tyre clean.

“I think the tyre contact is better [for the #64] than the #16 car. They also had pick-up [prior to the crash], but it wasn’t that bad. I think they would have been able to stay near the front, but their car is aggressive on the tyres, so maybe there would have been some drop-off.” 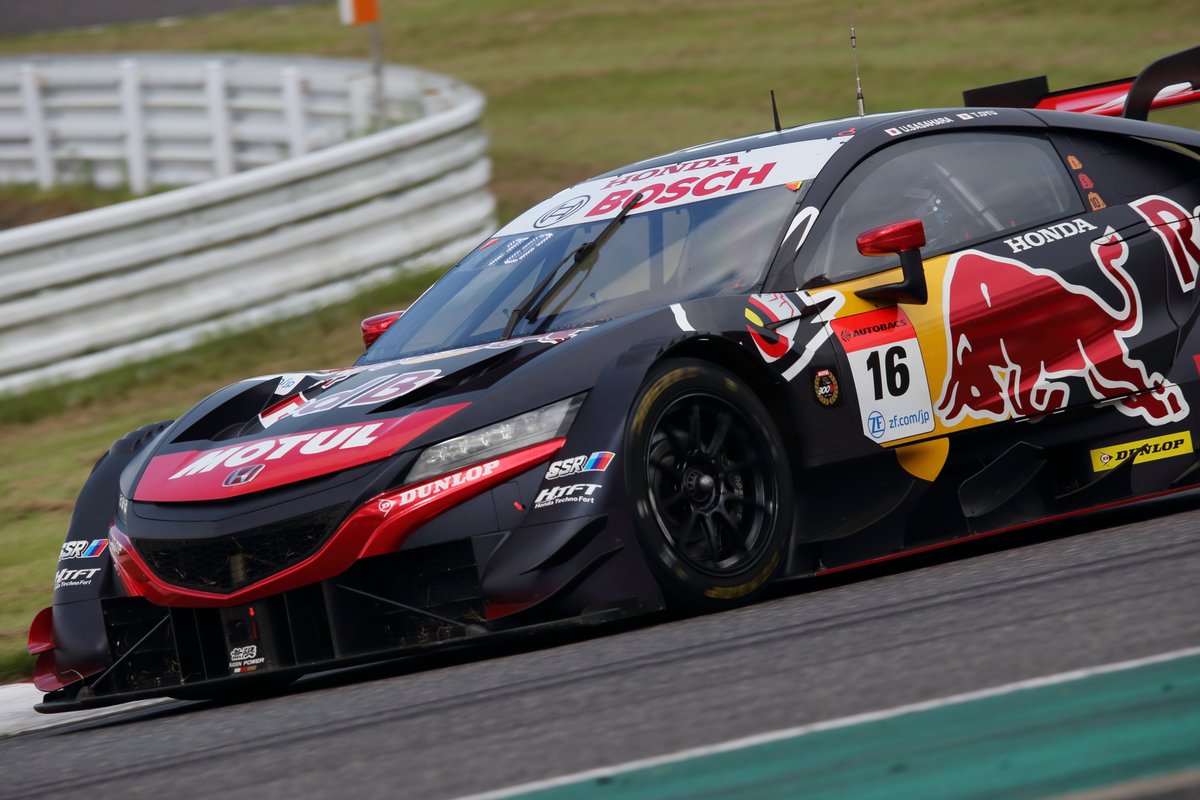 Yasuda went on to explain that Nakajima Racing has an advantage over the Mugen team in that the #64 car is Dunlop’s nominated in-season test car (Tyre testing is restricted to one car per tyre supplier per manufacturer).

That meant Mugen went into the Suzuka race effectively flying blind, as it had not had chance to try out the latest compound beforehand.

Yasuda also revealed that Mugen missed out on a rare chance to participate in a private test at Autopolis last week - where Yokohama's GT500 cars were in action - that Nakajima Racing couldn’t be present for.

“We were planning to test there, but the #64 car was still being repaired after the Suzuka crash, so we asked the #16 car to test there instead,” he said. “But there was a COVID-related problem in that team, so we had to cancel.

“Now we have rescheduled the test, so we will test there later this month with the #64 car, before the race [in October].”

The target for Dunlop remains that elusive first victory in four years, and on that front the next two races at Sugo and Autopolis – before the success ballast starts being removed – are likely to be pivotal, as both the Nakajima and Mugen Hondas remain light (carrying 4kg and 20kg respectively).

“For Sugo we are trying to use the tyre more efficiently, and if we can do that I think we can be competitive,” he said. “We have been getting data [on the new tyre construction and compounds] from the Motegi and Suzuka races, so I think we’ll be better than Suzuka.

“But we are not satisfied at all. The results are better than last year, so we are doing ok, but it’s not enough.”