Very much the minnow in the four-way tyre war raging in SUPER GT's GT500 division, Dunlop has made a serious step forward in 2020 with its sole partner team. But what's behind that progress?

Dunlop supplies just one car in the top class, the Nakajima Racing Honda NSX-GT driven by Takuya Izawa and Hiroki Otsu, which has enjoyed an upturn in form so far this year.

The pair may only sit 13th in the standings with a best result of fourth in the August Suzuka race, compared to Nakajima's best result of second last year with Narain Karthikeyan and Tadasuke Makino, but that disguises the scale of their progress.

Karthikeyan and Makino were only able to finish second at Sugo last year because of the rain, and without that result they would have finished 15th and last in the GT500 standings. Their next best-finish was seventh at Autopolis, also a wet race.

Such were perceptions of the team that Alex Palou was said to have turned down the chance to drive for the team when offered one of Nakajima's two GT500 seats by Honda.

By contrast, Izawa and Otsu were fourth on merit this year at Suzuka, and followed that up with a solid drive to sixth during the series' second visit to the track last month.

Nakajima's single-lap pace this year is also much improved, with Izawa notably taking the team's first pole since 2012 in the August Suzuka round and achieving an average grid position of 8.0 for the year so far, which compares to 11.3 in 2019.

While a first win for the team since Bertrand Baguette and Kosuke Matsuura triumphed in the 2017 Suzuka 1000km remains a way off, the improvement has been clear. 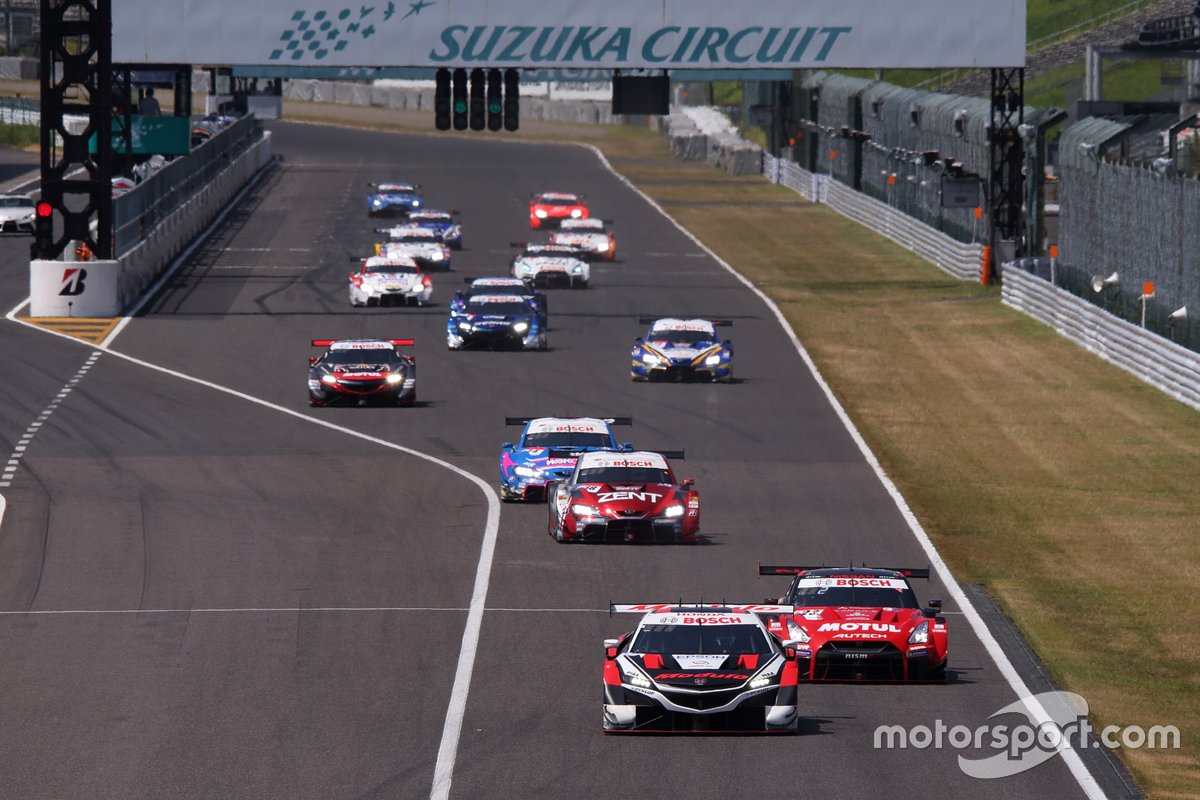 Dunlop Japan's motorsport department manager Yoshinao Yasuda spoke to Motorsport.com to discuss what's been behind the tyre brand's considerable jump in performance, and said Honda's switch from a mid-engined to a front-engined car has been beneficial.

"The change to a front-engined car has been good for us," said Yasuda. "It changes the weight distribution a lot, and now the set-up and the tyres match much better.

"Until last year we designed a tyre for a mid-engine car, but the problem was the front end of the car was very stiff, and I assume that’s because Honda’s base set-up is based around Bridgestone, which also provided tyres for front-engined cars [Lexus and Nissan]. They put a lot of load on the front tyre, which didn’t work for us.

"But this year, the set-up is working better for the tyre. We did a lot of development on the tyre cord, and we had troubles using that in the races last year. We overcame that and we were able to use that from the first race this year.

"It didn’t work so well at Fuji, but little-by-little the compound and the construction and the set-up have become better, and that’s why I think we can be strong at Suzuka."

The other key change Yasuda cites is the arrival of Izawa, who brings over a decade of experience at GT500 level racing for Bridgestone Honda squads Team Kunimitsu and ARTA.

"The drivers usually change every year for us, so it’s difficult to develop a tyre for them, but this year Izawa-san is a good driver for developing tyres," said Yasuda.

"I don’t think it’s the driving style [per se], it’s mostly his experience and how he tries to squeeze out the best of the tyre. He does everything to find out what the tyre is like.

"He said he likes this tyre compared to how the Bridgestone felt, because our tyre is stiffer and it gives him a more crisp feeling." 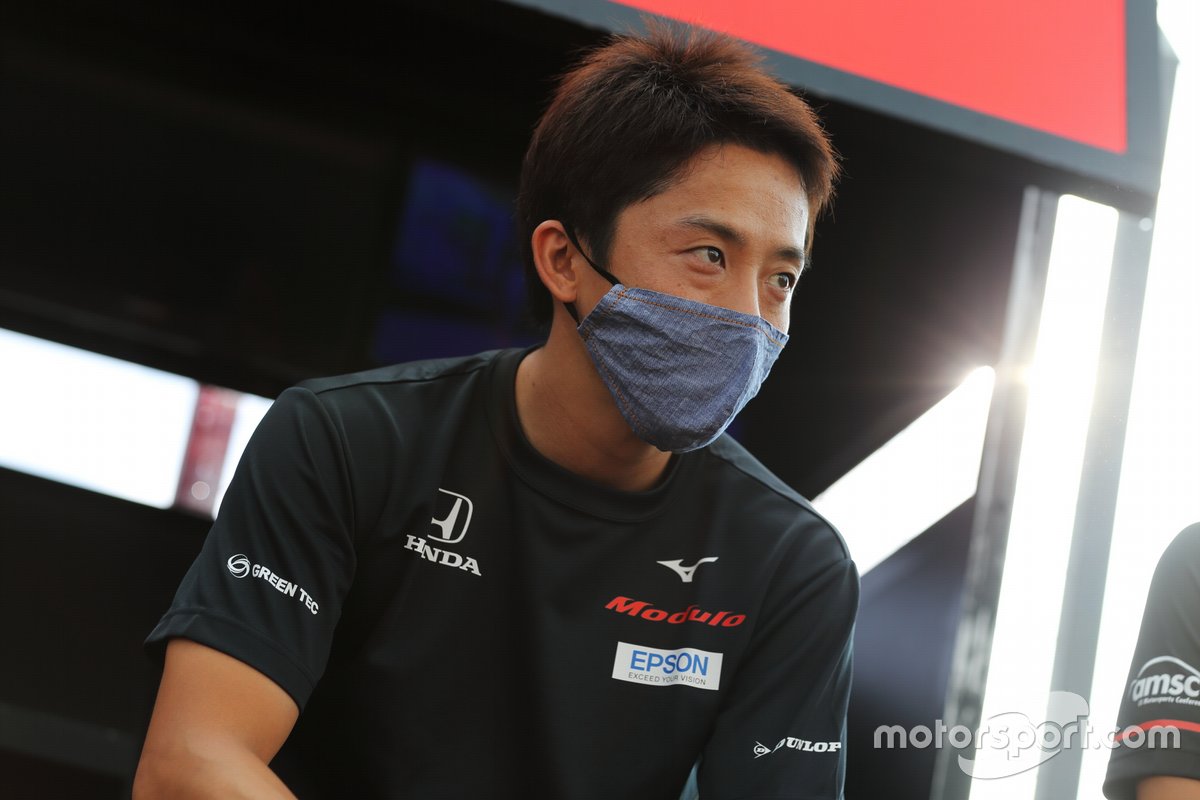 Without doubt, the fast corners of Suzuka remain best suited to the Dunlops, slow-speed corners remain a weakness, as do long runs - something that Yasuda has put down to a lack of testing opportunities in the COVID-19 affected 2020 season.

Indeed, in order to try out new tyre solutions this year the #64 crew has sometimes come in for a second stop late in the race, when it has been circulating outside of the top 10.

"Suzuka is mostly high-speed, high-load corners, so it works well for us," said Yasuda. "But the tyre is not good in low-speed corners, like Fuji’s sector three.

Yasuda is hopeful that if Dunlop's level of competitiveness at Suzuka can be replicated across a mix of circuits in the future, it may not be too long before other teams enquire about running its products in the GT500 class.

"One problem is the capacity of our factory, and also the demand from other teams," he said when asked about the chances of expanding its GT500 supply in future.

"But if we can keep up this performance at Suzuka at other tracks, there will be a chance to provide more cars. It’s very difficult to [prove the tyre] with one car."

The last time Dunlop could boast more than one car in the GT500 ranks was back in 2010, when the SARD Lexus team used its products before switching to Michelin the next season, leaving Nakajima - a Dunlop user since 2004 - as the firm's only team.

Three teams in GT300 are also currently using Dunlops: the works Subaru BRZ, one of Gainer's two Nissan GT-R NISMO GT3s, and the K-tunes Lexus RC F GT3, which has made the switch over from Bridgestone for this season. 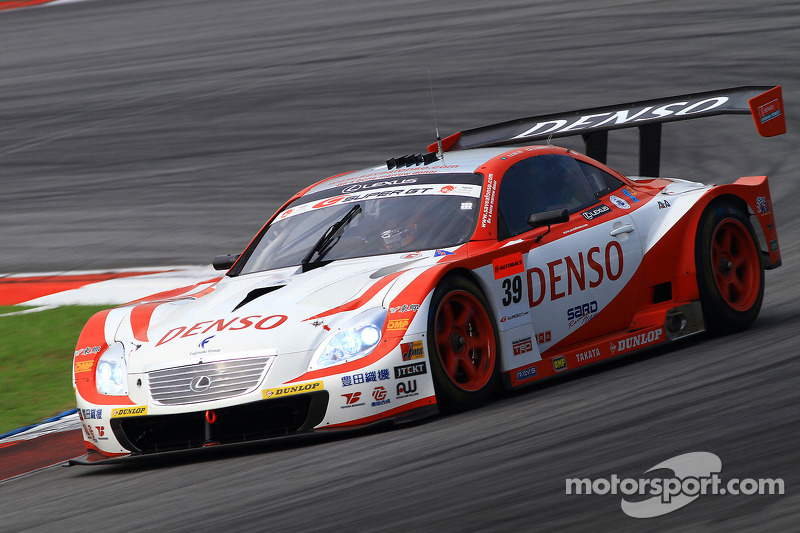