The Cerumo Toyota SUPER GT team will have to serve a 10-second stop-and-go penalty during this weekend's fourth round of the season at Fuji Speedway.

As expected, the #38 ZENT-sponsored GR Supra driven by Hiroaki Ishiura and Yuji Tachikawa has been handed the punishment after the team suffered two engine failures on successive days at the previous round at Suzuka.

SUPER GT rules dictate that GT500 teams are only permitted to use two engines per season, with the use of a third unit triggering a five-second stop-and-go penalty except for reasons of force majeure.

Cerumo has also taken the opportunity to replace its chassis due to fire damage, which usually leads to the same penalty as the unauthorised use of a third engine, but in this case the two penalties have been combined.

Three-time GT500 champion Tachikawa wrote on his social media: "If you include the time loss of entering the pits, it means we will soon fall almost a minute behind after the start, but we'll do our best to make up for this delay!" 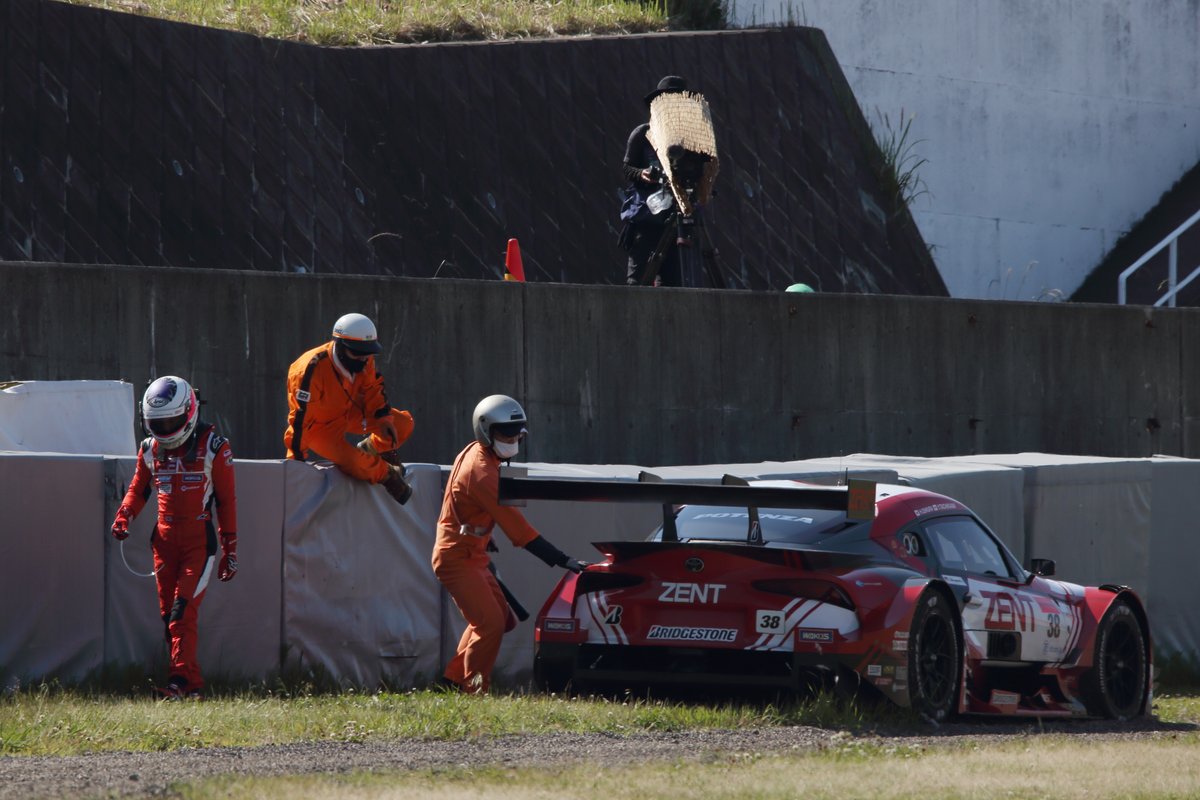 Cerumo was one of three Toyota teams that served a penalty for the use of a third engine last year at Autopolis, but veteran pairing Ishiura and Tachikawa were able to recover on that occasion to finish second.

Championship-leading Nissan duo Katsumasa Chiyo and Mitsunori Takaboshi were able to use a new engine and chassis penalty-free in the most recent Suzuka race, where they scored their first victory, as the damage from their huge crash in May's Fuji race was deemed to qualify as force majeure.

Nissan SUPER GT ace Ronnie Quintarelli says his NISMO Z is the best it has felt all season on Saturday at Fuji Speedway, having made use of some set-up hints from the sister NDDP Racing car.

Toyota SUPER GT team Racing Project Bandoh made it three pole positions in a row for this weekend's fourth round of the season at Fuji Speedway.